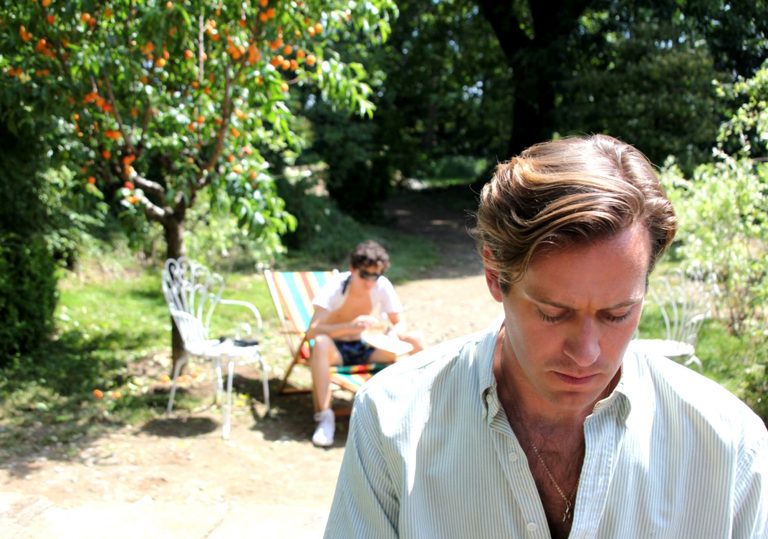 Have you ever regretted not reaching out to someone, or telling them how you really feel? Love makes us do crazy, stupid things. It can inspire bold declarations and uncharacteristic bravery, just as it can strangle us with the fear of rejection. In any case, love tends to leave its mark in mysterious ways, and in order to fully understand it we must first learn to take the bad with the good.

Based on André Aciman’s 2007 novel of the same name, this beautiful film concerns a brief but lasting romance between a 17-year-old Italian-American boy and a twentysomething American man who is more experienced in matters of the heart but no less susceptible to its sudden, all-consuming desires. The when and where are established with two handwritten subtitles that feel like the opening lines of an unselfconsciously earnest teenage confessional. Summer 1983; Somewhere in Northern Italy.

It’s here that Elio (Timothée Chalamet) meets Oliver (Armie Hammer), a handsome PhD student who is staying with Elio’s family at their idyllic countryside villa for six weeks. Dressed in chinos, Converse and a loose-fitting Ralph Lauren shirt, Oliver cuts a cool, self-assured figure as he introduces himself to Elio’s father (Michael Stuhlbarg) with a firm handshake and mother (Amira Casar) with a warm kiss on either cheek.

The arrival of a new guest is an annual event in the Perlman household, and so Elio, being the good host that he is, welcomes Oliver by offering to take his bags up to the bedroom which Elio has temporarily vacated, then continues his cordial routine by showing Oliver around. But what starts out as yet another lazy summer spent reading books, swimming and transcribing music under the hot Lombardian sun quickly turns into a journey of self-discovery and sexual awakening.

Initially, Elio seems blissfully unaware of the chemical reaction that has already been set off inside him, until an innocent game of lawn volleyball triggers a deep yearning he simply cannot ignore. Later, when Elio’s mother reads aloud to him from a 16th century French Renaissance novel about a knight who worries that his love for a princess might be unrequited, one existential question strikes a chord: ‘Is it better to speak or to die?’ Should Elio express his true feelings to Oliver or should he keep them bottled up? Does he take a leap of faith now or risk living with the question of ‘what if?’ forever? Being a somewhat precocious, somewhat naïve young man, he decides to find out what it means to open oneself up to another person. 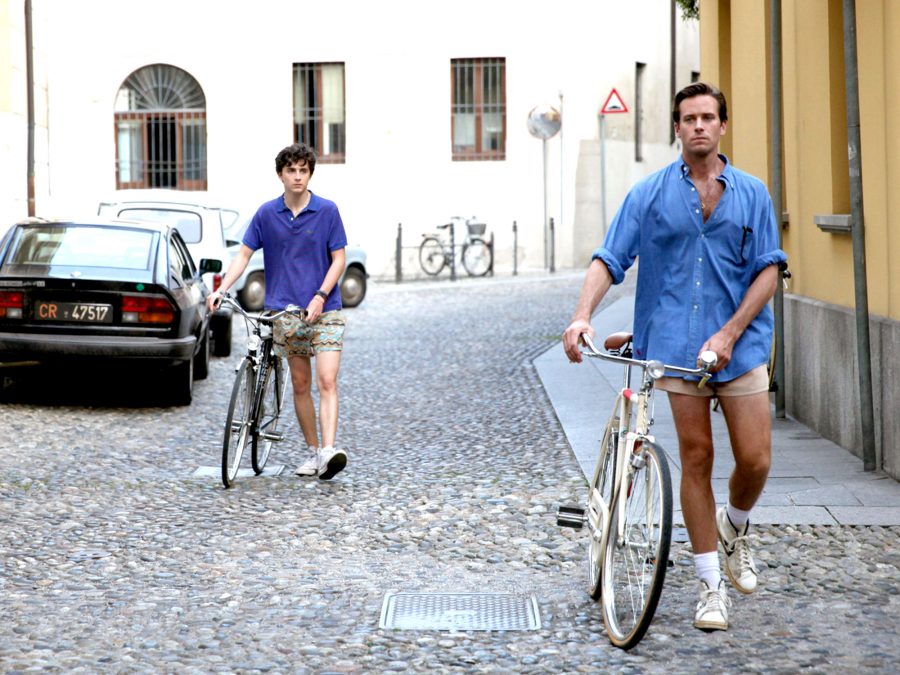 Emotionally speaking, this is director Luca Guadagnino’s most honest and intelligent work to date, a lyrical, sensuous, aching love story that skips all the usual coming-of-age beats in favour of finding a gentler, less conventional rhythm. There’s none of the brashness of his 2016 English-language debut, A Bigger Splash, nor the staginess of his previous feature from 2009, I Am Love.

At one point Elio’s father asks Oliver to help him catalogue a set of slides consisting of ancient Athenian sculptures, which he describes in amorous, homoerotic terms. If this scene causes eyebrows to arch, it’s only because Hammer himself has a body worthy of being cast in bronze. Looking like Michelangelo’s muse, Oliver is a picture of classical masculinity, all firm muscles and impossible curves, and Guadagnino makes sure that it is not only Elio who spends time gazing at his impressive form.

Call Me by Your Name was shot on location just a few miles from Guadagnino’s home in Crema, and he makes no attempt to hide the fact that his affection for the period and setting is as strong as his fondness for the characters. Throughout the film Guadagnino adorns the already evocative milieu with era-specific pop culture trinkets – everyone from Phil Collins and Robert Mapplethorpe to Talking Heads and Fido Dido – which presumably must have had some bearing on the director’s formative years.

In addition to superficially indulging his own nostalgia, Guadagnino makes several other artistic choices that speak to his personal influences and tastes, chief among them being the use of two wistful ballads written for the film by Sufjan Stevens, ‘Mystery of Love’ and ‘Visions of Gideon’, the second of which plays out over the devastating final shot.

On a more contentious note, it’s worth noting Guadagnino’s decision not to show same-sex intercourse. When Elio and Oliver do eventually sleep together, we see them clamber onto bed and clumsily undress each other before the camera drifts suggestively towards an open window. It’s surprising that, having spent so long teasing this climactic union, Guadagnino should exert restraint in the moment, though in doing so he arguably preserves the intimacy of the scene. Lust may be the spark that ignites Elio and Oliver’s passionate affair, yet by not explicitly scratching that particular carnal itch Guadagnino further emphasises the universality of his film’s core themes.

Like the book, Call Me by Your Name will almost certainly be championed as a vital queer text, but at its most nakedly unambiguous – as when Elio de-stones a piece of fruit with no intention of eating it, or when Marzia (Esther Garrel), the local girl with the long-term crush, makes a kind gesture just to let him know she still cares – the film is a profound study of the different ways people, regardless of their sexual orientation, process complex physiological impulses.

All the while there is the nagging sense that the summer – and with it Elio and Oliver’s relationship – is nearing its inevitable end. After Oliver leaves for America, a visibly distraught Elio is consoled by his father, who offers a sage piece of advice that doubles as a devastating eulogy for his own squandered want. He tells his son not to bury his pain because, as he so eloquently puts it, to feel nothing so as not to feel anything is a terrible waste. The framing of this scene is crucial, as by cutting from a two-shot to a close-up of Stuhlbarg, Guadagnino encourages us to reflect on these wise words not just as they relate to Elio but also our own experiences of love and loss.

Maybe you’ll recall the vivid sensation of your fingertips tentatively dancing with another’s, or the flush of nervous excitement which preceded that first kiss, or the mournful, lingering thought of what might have been had you only spoken from the heart.