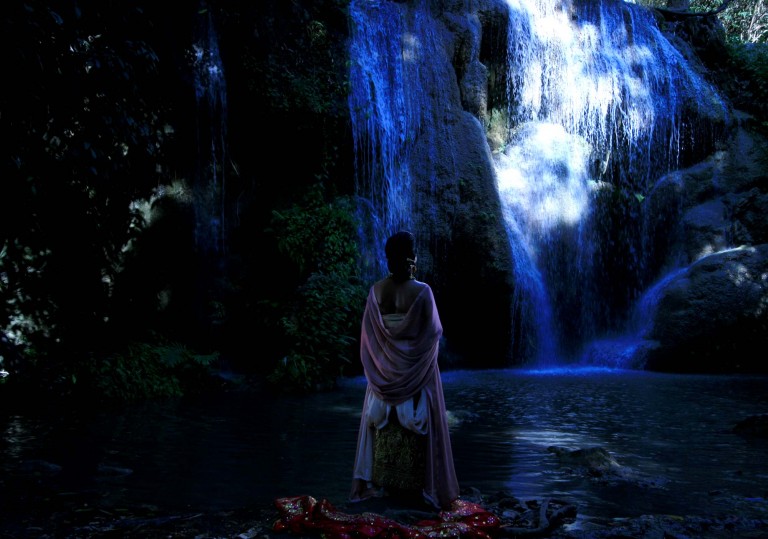 A film so entrancing, original and hypnotic that the moment it finishes the immediate impulse is to watch it again.

Originally conceived as part of the wider Primitive Project, a series of works all set in the Isan province in northeast Thailand, Uncle Boonmee Who Can Recall His Past Lives resists reduction to a simple synopsis. Almost impossible to describe, you simply have to see it.

The essentials? Suffering from acute kidney failure, Uncle Boonmee (Thanapat Saisaymar) has chosen to spend his final days surrounded by his loved ones in the countryside. Surprisingly, the ghost of his deceased wife (Natthakarn Aphaiwonk) appears to care for him, and his long lost son (Geerasak Kulhong) returns home in non-human form (as a cuddly monkey-type figure with pulsating red eyes, which looks like it may have escaped from a 1970s Big Foot hoax photograph). Contemplating the reasons for his illness, Boonmee treks through the jungle with his family to a mysterious hilltop cave – the birthplace of his first life.

Cast using a combination of professionals from the director’s earlier features and local non-actors (Saisaymar is a roof welder), the film was originally conceived as an homage to the cinema of Apichatpong Weerasethakul’s youth – television shows shot on 16mm in studios with strong, direct lighting; actors mechanically repeating lines of dialogue; and monsters clothed in darkness to hide cheaply made costumes.

For Weerasethakul, filmmaking remains a necessarily mysterious practice – one which mirrors the frequently unexplainable mysteries of both the universe and the human mind. However, the film is not purely sensory. For the director, Boonmee and his beliefs act as an emblem of something that is disappearing in the face of a new Thai state agency resistant to cultures and beliefs that do not match its own ideologies.

A film so entrancing, original and hypnotic that the moment it finishes the immediate impulse is to watch it again.