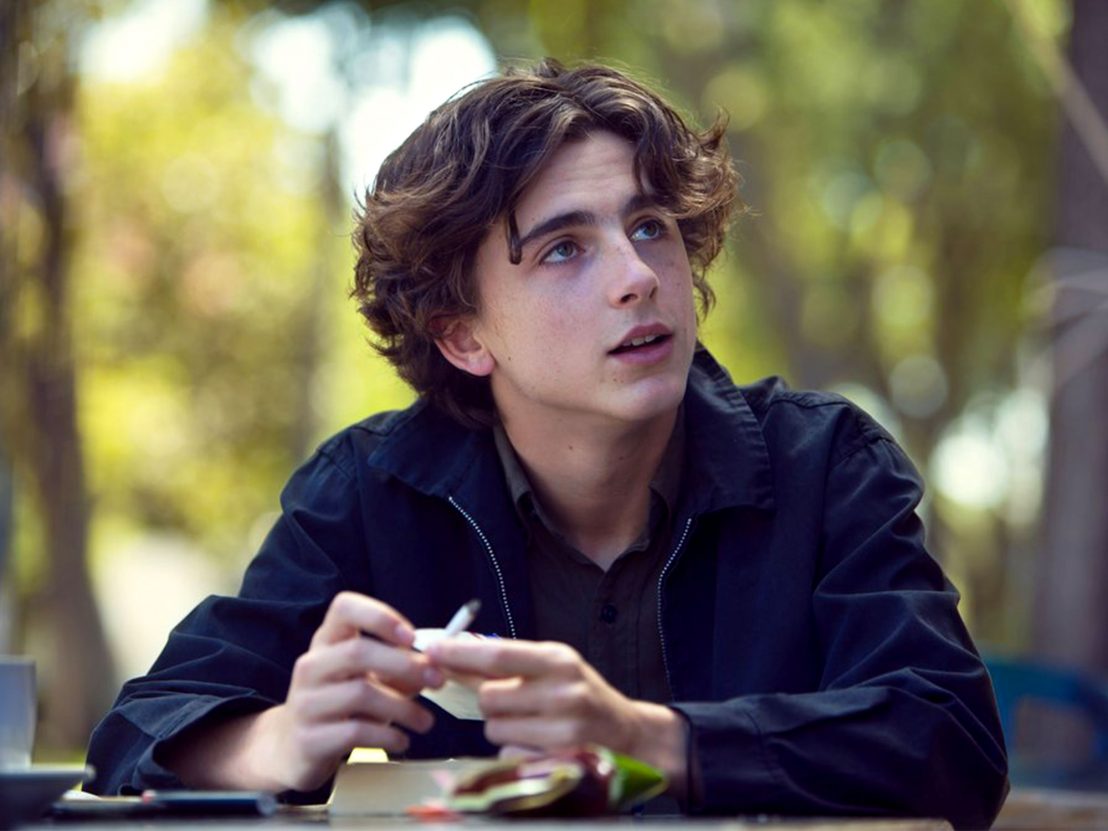 Inspired by her own experiences growing up in Sacramento, “the Midwest of California”, Lady Bird is Greta Gerwig’s debut feature as solo writer/director. It chronicles the titular teenage girl’s final year at her Catholic school as she loses and gains friends, boyfriends, and vague creative aspirations. Gerwig and her lead actor Saoirse Ronan bring a nuanced, non-judgemental approach to the coming-of-age comedy, and much has already been made of its resonance, especially for women of Gerwig’s age.

One of the most relatable aspects of the film – for women who are attracted to men, at least – is Lady Bird’s fascination with (and subsequent disappointment by) her chain-smoking, leather-jacket wearing boyfriend Kyle, played to small-town snob perfection by Timothée Chalamet.

When we first meet Kyle, he’s carefully cultivating his mysterious persona, narrowly set apart from the cool groups he is tangentially associated with. We see him playing bass (in a band with a French name, no less) at a house party, then later, posing outside the coffee shop where Lady Bird has a summer job – dressed all in black, reading The People’s History of the United States.

During their flirtation he launches into an unprompted monologue. He “doesn’t like money,” and is “trying to get as far as possible on bartering alone,” and warns Lady Bird that if she were to get a mobile phone, it would be used by the government to spy on her. In stark contrast to his fresh-faced, sunlight-dappled appearance in Call Me by Your Name, Chalamet’s cherubic features are twisted into an affected bad-boy grimace, teamed with grown-out greasy hair and a roll-up cigarette hanging from his lips at all times.

Kyle is recognisable as the crush archetype formed in our early teens and carried through into the adult dating world, even though we should know better; the floppy-fringed guitar player that is quietly exempt from our usually strict vetting of Tinder matches. Chalamet’s exact performance and the details of his characterisation hit hard, but Lady Bird’s following of him into inevitable disappointment hits harder. He is every clichéd outsider-type boy that we roll our eyes at but end up going home with anyway. 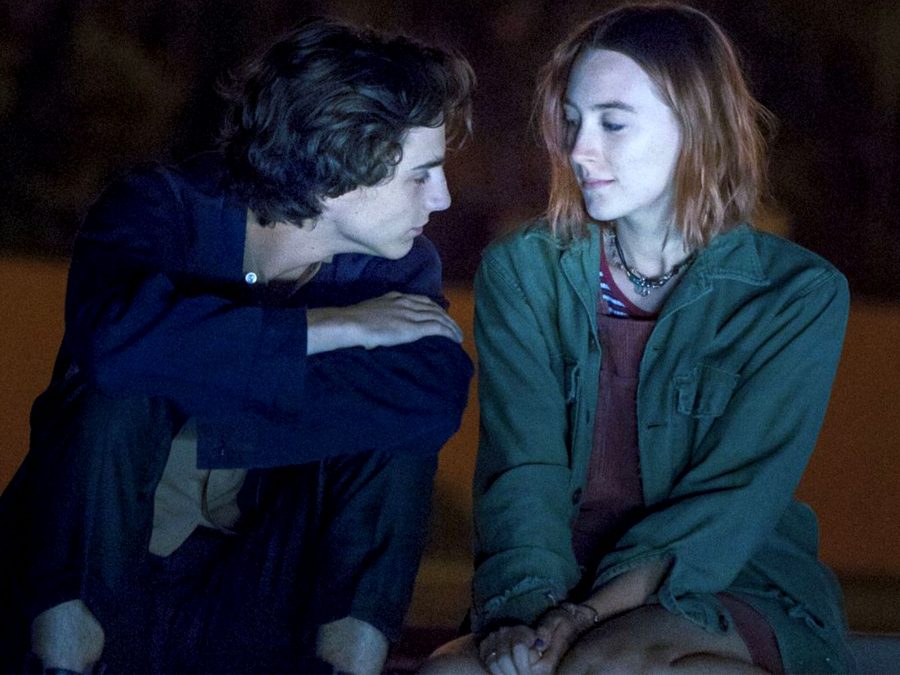 He is descended from from a long line of dirtbag boyfriends in teen and coming-of-age cinema: Think Heath Ledger’s chain-smoking hottie in 10 Things I Hate About You, so mysterious that he’s the subject of school rumours that he once ate a live duck. Or Paul Rudd in Clueless, whose irresistible charm apparently stems from his opinionated trashing of everything Alicia Silverstone’s Cher holds dear. There’s also the flipped, nightmare version of these bad boys that are just waiting for a good girl to to turn them right: Christian Slater’s mass-murdering loner JD from Heathers, or Adam Brody’s indie rock singer-turned-satanist creep from Jennifer’s Body.

The attractiveness of all these boys is amplified because they are small town specific. They share DNA with film’s classic rebel outsiders, but their lowly context makes them shine brighter, and seem more appealing. Our continued attraction to them is something that we maybe should grow out of, just as we grow out of our small towns.

One of the film’s major themes is Lady Bird’s desire to break free of Sacramento and the working class Catholic world of her parents, and on the surface Kyle appears to her as much of a symbol of the cultured outside world that she craves to be a part of as her applications to east coast liberal arts colleges. Lady Bird’s attraction to Kyle is therefore also recognisable as a kind of aspirational crush: She already has her own pretentious foibles – her self-given name, her claim to be “from the wrong side of the tracks” – and proximity to Kyle is another shortcut to the aloof coolness that she yearns for. He’s cute, sure, but he’s a cypher for something else that’s more important to her.

When Lady Bird eventually ditches Kyle, walking away from him and his cool friends before prom, it’s quietly triumphant. She ends up going to the dance with her best friend Julie – someone she can be herself around, who sings along to Counting Crows with her instead of mocking their songs when they come on the radio. It’s a step towards the cultivation of her true, complex self that is wholly recognisable, comparable to how countless numbers of us shunned immature boys for loner seniors who liked The Smiths – only to realise that we preferred our own taste in music anyway. Her approach to trying and failing and learning is summed up with her assessment after sex with Kyle that “I found that when it happened, I really liked dry humping a lot more.” It’s an important turning point, when self-actualisation takes priority over – or maybe just untangles from – quick-hit desire.

The film concludes with Lady Bird moving out of her parents’ house, painting over Kyle’s sharpie-scrawled name on her childhood bedroom wall, and heading to college in New York. As in many coming-of-age films, she’s seen shedding her small town self for a new version of herself in the big city, all the more significant as she’s finally letting go of the expectations of others – her mother, her boyfriends – and setting them for herself. Crucially, the culmination of her character arc doesn’t rely on her romantic success, or her transformation of the bad boy. In Lady Bird, the douchebag remains a douchebag, albeit one who is hella cute.