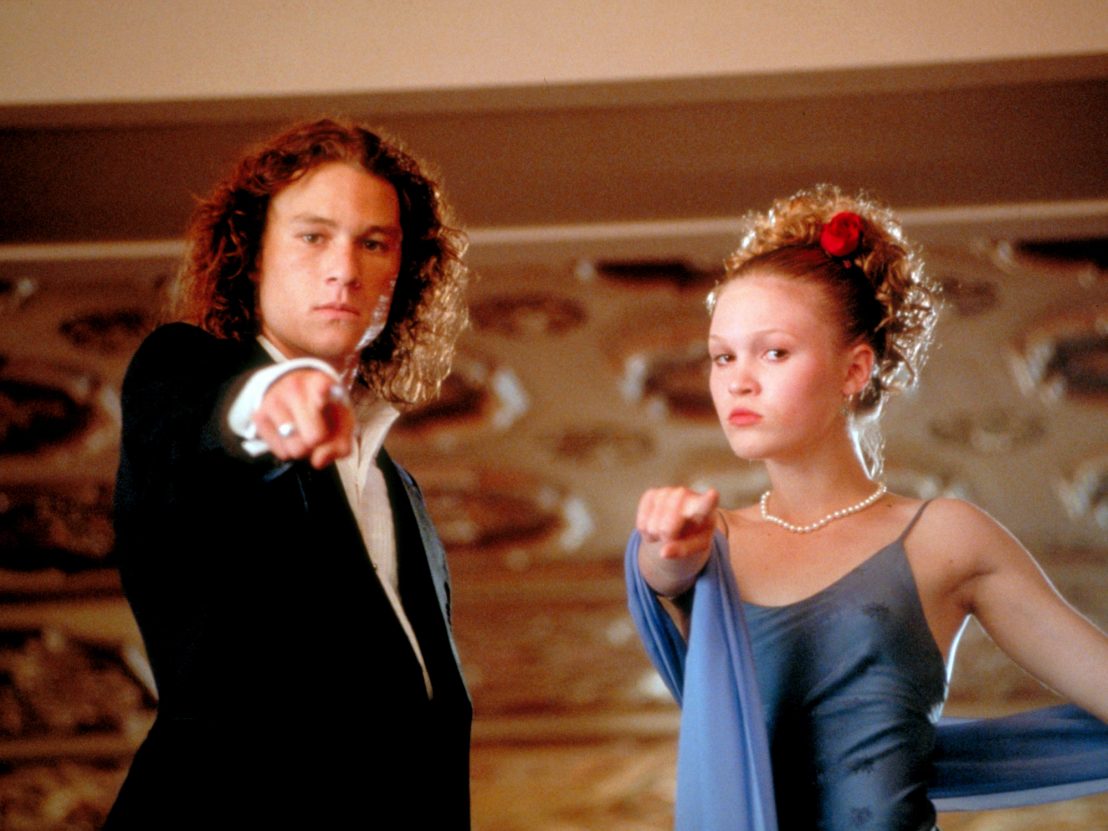 “You’re just too good to be true…” Heath Ledger said it himself as he serenaded Julia Stiles with the Frankie Valli hit, ‘Can’t Take My Eyes Off You’, from the bleachers in director Gil Junger’s 1999 Shakespeare spin-off 10 Things I Hate About You. His character, Patrick Verona, is a tortured, brooding bad boy with curled locks and a cigarette permanently perched between his lips. He is Padua High School’s rebel without a cause, too good to be true and yet eternally cemented in our hearts as the ultimate teen crush. The movie is a celebration of the swooning, juvenile glory of simply being young.

The twisted sister dynamic of 1996’s The Craft, about a campus coven of witches and their procurement of the curious new girl, and the murderous high school of horrors in another ’96 offering, Scream, gave the impression that the decade for American adolescents was merely an endless, bloody cascade of near-death experiences. 10 Things I Hate About You brought us back safely to the familiar comforts of the preceding era’s cinematic hero, John Hughes, and his 1985 film The Breakfast Club, with its lovable band of stereotypes embracing their differences in Saturday morning detention.

Crucially, those films stood up and showed their respective brat packs making progressive choices, against the grain of triviality that too often surrounds notions of youthful torment and with added pangs of first love and anti-parent activism. 10 Things I Hate About You, just like The Breakfast Club before it, places a stronger emphasis on a truthful and admirable portrayal of adolescence for viewers to angst-along to, steering well away from demonic, blood-soaked trauma.

The film marked the transition from small to big screen for a young Joseph Gordon-Levitt, having previously established himself in the extraterrestrial comedy series 3rd Rock from the Sun. Heath Ledger also graduated from TV, paying his Aussie acting dues in soap opera perennial Home and Away. Gordon-Levitt’s character Cameron pines for Bianca Stratford (Larisa Oleynik), the dainty darling, while Ledger’s Verona chases her older, grungier sister Kat (Julia Stiles) for Cameron’s benefit and to bypass the strict dating rules of the girls’ father.

The film’s introduction of these young stars shows its fresh take on representations teenage life on screen and its willingness to fuse contemporary and classical ideas. Just as a cast of newcomers was favoured over a clutch of well-known stars, the punchy feminist characters they portray highlight a clever reimagining of Shakespeare’s famed source text ‘The Taming of the Shrew’. 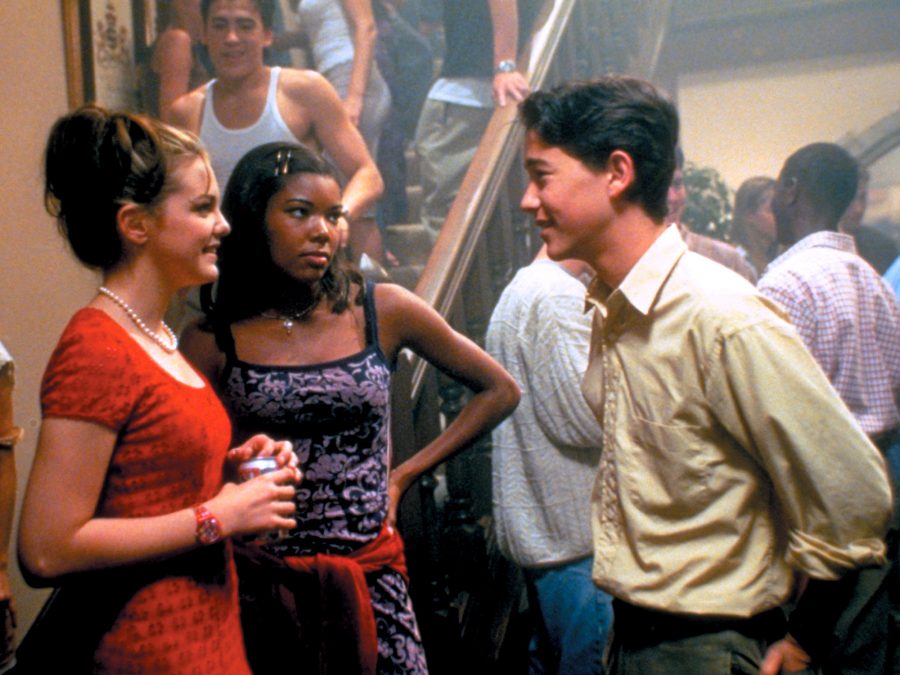 The play tells the classically problematic tale of Katherina, a headstrong and opinionated woman who must be tamed and quietened by her prospective husband, Petruchio. The film’s “shrew” however is Kat, with a list of likes that includes “Thai food, feminist prose and angry girl music of the indie-rock persuasion.” She asks her English professor if the class can study Charlotte Brontë or Simone de Beauvoir and understands that, “in this society, being male and an asshole makes you worthy of our time”, a sentiment that rings truer than ever today. Her anguish is not trivial; she wants to be challenged and challenge others and her boy trouble revolves around guiding Verona away from his reckless image to become the heartthrob with a copy of Betty Friedan’s The Feminine Mystique.

None of Kat’s feminist fire is lost in the process and by the end of the film she is ready for her new life at the liberal arts college, Sarah Lawrence. Her sister Bianca develops in her own stride too, emerging as a strong and independent young woman away from the social pressures of high school and the struggles of choosing between her Sketchers and Prada backpack.

A key element of the film’s liberal agenda is Mr Morgan (Daryl Mitchell), the black English teacher keen to remind Kat of her own privilege. “I know how difficult it must be for you to overcome all those years of upper middle-class suburban oppression,” he quips. “Must be tough.” As Kat campaigns for her own causes, Mr Morgan must teach a completely white curriculum lacking any diversity. He is derisive towards the school’s obtuse jock and Kat’s tormentor, Joey Donner (Andrew Keegan), but equally can point out the issues in her priorities.

Their relationship is an intriguing statement made by the film and one that deserves recognition for its broad-mindedness. 10 Things I Hate About You can and should be viewed as the ultimate teen movie, bursting through the hellish decade to say a little more about the empowering potential of those defining years. Yet it still manages to bring drama back to a playfully romantic tone, grounding the film in the essential youth dichotomy of intense heartache and sheer, unadulterated fun. We could all do with having Kat Stratfords and Mr Morgans around us, as well as a Patrick Verona or two, and should hope new generations of teens find them as inspiring.