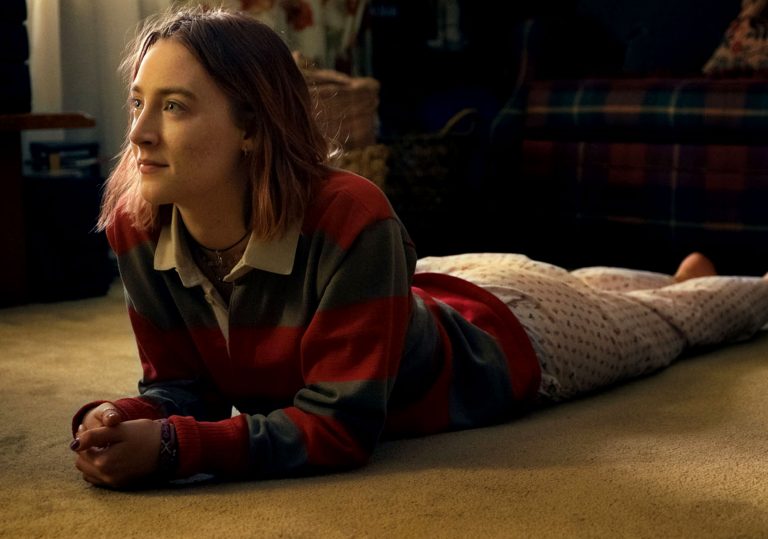 We have faith in Gerwig to make it across the actor-director no man’s land where many friends have fallen.

How is this a first film?!

As an actor, the sensibility that Greta Gerwig brings to the screen is a tonic. She is entertaining and pained by life’s difficulties. She is energetic and earnest. She does not affect coolness, cleverness or any aloof state that people who are less secure about their humanity grasp to save face. No. Whether working with Joe Swanberg, Noah Baumbach or Whit Stillman, Gerwig brings an endearing, rounded presence.

What a joy, then, to discover that she is equally capable at flooding a film with twisted livewire complexity. Years spent co-writing movies with Baumbach has clearly paved the way for her fully-formed solo directorial debut, Lady Bird.

This coming-of-age story, set in 2002, takes the broad details of Gerwig’s upbringing in Sacramento, California and uses them to create a story full of spiky humour, all the while sketching a family set up loaded with struggle. Gerwig’s avatar is one of the most versatile young female actors working today. Saoirse Ronan’s characterisation of 17-year-old Christine “Lady Bird” McPherson has the forceful momentum of a natural disaster and the hot-blooded passion of, well, a teenage girl.

Lady Bird is “from the wrong side of the tracks”, which means that unlike the rich kids at her Catholic school, her family is scraping by on mum’s nurse’s salary. But Christine has no interest in being de ned by her socioeconomic status and clashes with her mother over everything. Ronan whirlwinds through every scene, bristling with a feral but eloquent desire for experience. 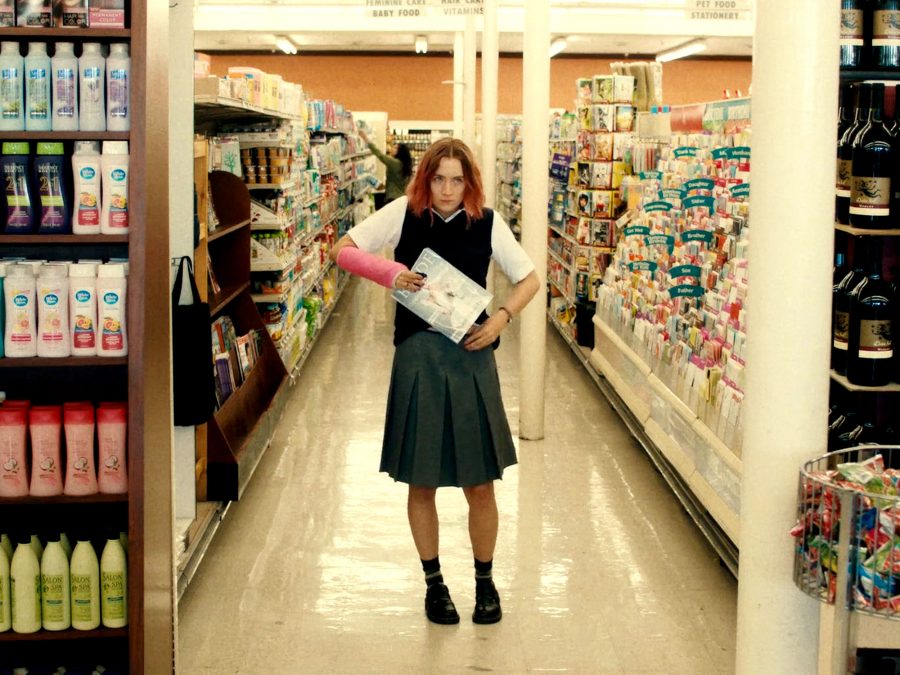 A standard growing pains set-up is imbued with originality by a glorious script, written with relish for odd vocabulary choices and attuned to the faux casual way some teenagers present. “You’re very dexterous with that,” says Lady Bird complimenting the boy about to take her virginity as he puts on a condom. The boy is Kyle (Call Me by Your Name’s Timothée Chalamet) who styles himself as a dreamy intellectual artist by draining his voice of all feeling. Of mobile phones he says things like: “The government didn’t have to put tracking devices on us, we bought them and put them in ourselves”.

Laughs come fast and are generously distributed among the cast. Abrupt editing creates an enjoyable momentum. Ronan spins the film around her mood which can switch in ten different directions in the space of a scene. She ping-pongs between the relationships that nurture her and pursuing upward mobility with the rich kids. The most memorable moments are with the nurturers. Tracey Letts is heartbreaking as Lady Bird’s dad, an unemployed computer programmer trying not to advertise his depression.

Laurie Metcalf as her mum bookends the film, as well as adding her weight to its centre. With her obsessive focus on survival, she cannot brook her daughter’s impractical urges. The arguments between the two are real, familiar, and irreconcilable in the philosophical distance between the two opponents. Gerwig nails how mothers and daughters argue – always at each other’s throat. Because of the tonal breadth of the film, different shades of feeling are found in each grudge match. Love as a combative war of words is an energising force.

We have faith in Gerwig to make it across the actor-director no man’s land where many friends have fallen.

How is this a first film?! 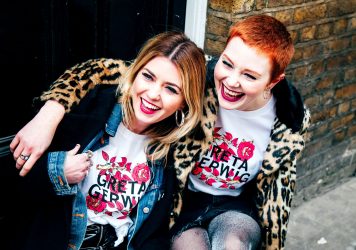