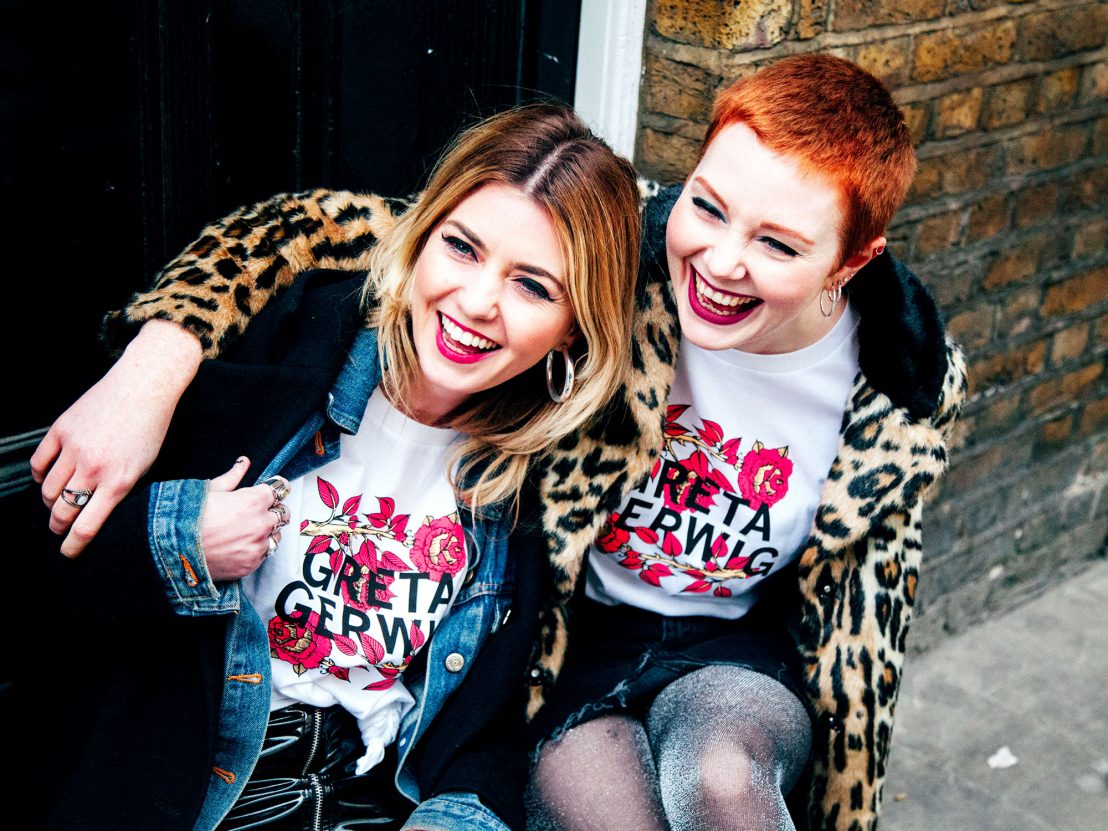 Created one evening in early 2017 as a passion project during a conversation between film and feminism, Girls on Tops is an independent t-shirt label, run by Louisa Maycock, Daniella Verektenidi and Jake Cunningham, that celebrates iconic female voices in film. Their original vision was simple: a crisp white t-shirt with the names of various women in film they loved, in a simple, bold, black type. And not just actors, but the women behind the camera: directors, producers and costume designers who too often don’t receive the recognition their work deserves.

The initial process involved sitting with a note pad and some friends and calling out the names of women whose work they admired, whose names they would proudly wear on a t-shirt: Greta Gerwig, Andrea Arnold, Ava DuVernay, Sally Potter, Annette Benning, Pam Grier, Anna Biller, Kitana Kiki Rodriguez, Sigourney Weaver, Kathryn Bigelow.

Since the end of 2017, when the corruption of Weinstein’s Hollywood was uncovered, finally bringing the conversation of gender equality and diversity into the mainstream, Girls on Tops has struck a chord with people wanting to interact with and support the changing landscape within the film industry.

Now, to celebrate the UK theatrical release of Lady Bird on 16 February, we’ve teamed up with Girls on Tops to produce a new limited edition Greta Gerwig t-shirt – featuring artwork by the super talented Sophie Mo.

Of the collaboration, Girls on Tops had this to say: “Waking up to the images of Tracy Letts wearing our Greta Gerwig t-shirt for the Lady Bird premiere at TIFF was a big moment for us. The reality that there’s a little part of Greta’s brain that knows a t-shirt has been made to celebrate her and that loads of people around the world are wearing it and sharing our love, blows our minds. We knew from the get-go we wanted Greta to feature as part of Girls on Tops; Frances Ha was such a formative film for us and the Mistress America soundtrack was on repeat throughout our final year at university, but this was before we were aware of Lady Bird.

“When the opportunity arose to work with Little White Lies to create a special edition t-shirt that would pay homage to Greta’s remarkable film, it was a dream collaboration. We like to think that the t-shirt isn’t miles away from something you might find in Lady Bird’s wardrobe, something she might pick to wear to a L’enfence Nue gig. It’s very much her aesthetic – the neon pink of the roses would look amazing with with her strawberry red hair.”

Girls on Tops have sold t-shirts all around the world and are now stocked across London in Curzon Soho, Bloomsbury and Mayfair and the BFI shop. They have collaborated with Bechdel Test Fest, The Final Girls, Melissa Silverstein’s Women and Hollywood, Brighton CineCity Film Festival.

This limited edition t-shirt is on sale now via the Girls on Tops webshop. 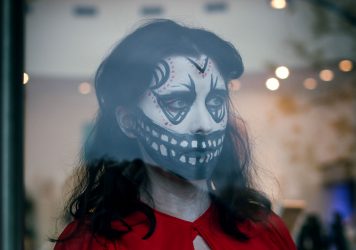