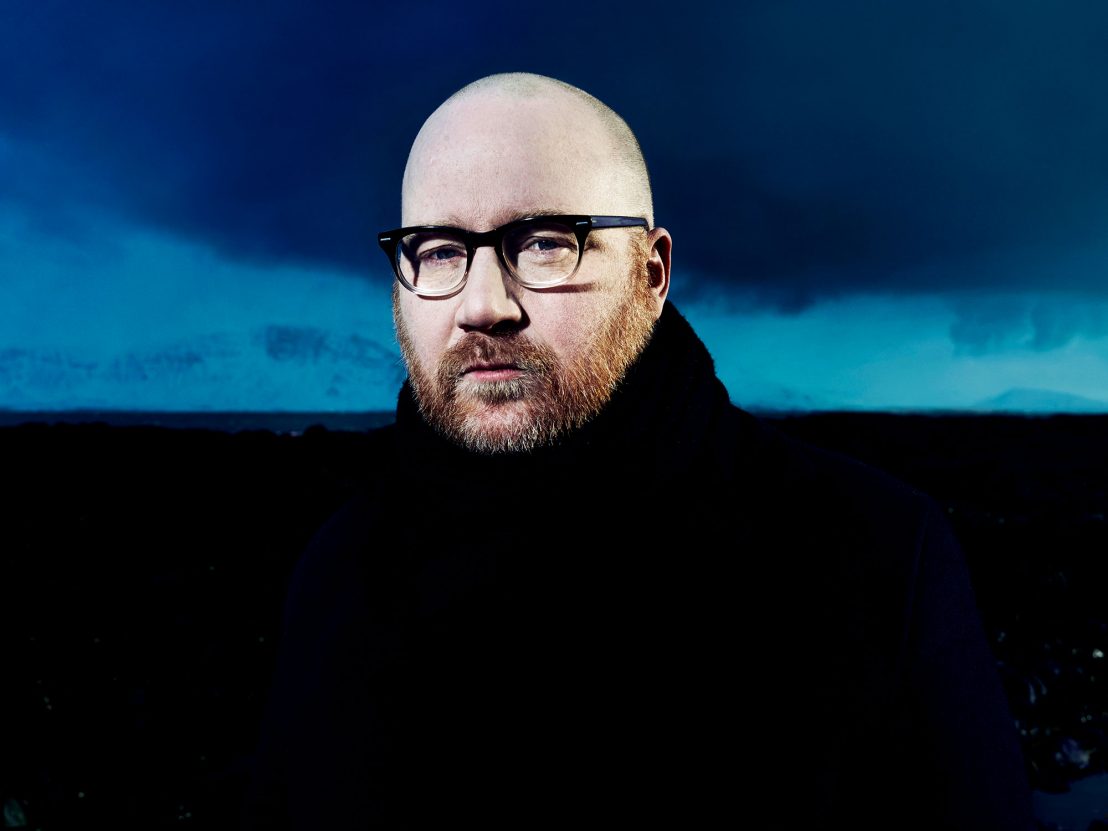 Counting the likes of Gavin Bryars, Shostakovich and Kraftwerk among his influences, Icelandic composer Jóhann Jóhannsson is celebrated for his ability to effortlessly incorporate ‘found sounds’ into minimalist compositions that tap into the most primal of human emotions. It’s this which attracted Canadian director Denis Villeneuve, who plucked Jóhannsson from a career as a solo artist scoring independent European productions and dropped him into cinema’s mainstream. Since the pair’s first collaboration, on 2013’s Prisoners, Jóhannsson has become a double Oscar nominee, for his work on 2015’s The Theory of Everything and Villeneuve’s Sicario. Here he talks us through some of his favourite scores, including his third collaboration with Villeneuve, Arrival.

“Denis had examples of my music along with that of many other composers, and he gravitated towards my reel. He was very insistent that he wanted this obscure, Icelandic composer instead of all the other A-listers who were on the list. He was obviously making his first foray into Hollywood filmmaking with Prisoners, and maybe he wanted someone who had not been exposed to that world either. So we kind of made that journey together, in a way. And Prisoners was a great experience, not only aesthetically and artistically, but also in terms of working with Denis.

“You could say that there’s very little percussion in the score, and thrillers are known for their percussive approach. My score is very much based around these low drones and [a very] distinctive cello melody. Then there’s this almost choral, or hymnal approach, which is reflected in the strings and in the sections of the film that relate to the family, their grief, and their sense of horror at their child’s disappearance. It was all about creating a kind of tension, something that Denis is such a master at creating with how he lets his shots linger. I love their pacing and the way he edits, and I think it fits very well with my music. We were very much in sync kind of musically from the get-go.”

“The score for Theory of Everything is certainly a lot more lush and melodic and accessible than much of what I’ve done in the past. Again, I regarded it as a challenge to see if I could create such a score and hopefully, for the most part, remain true to my own voice. And that succeeded in parts and in some parts, you know, maybe not. The Theory of Everything is a great film and it was a wonderful experience working with James Marsh. We just completed another film together called The Mercy, which was another period film set in the late ’60s, but very different in tone. It has certain similarities style-wise, but slowly goes into much darker territory. That felt to me a more satisfying outcome aesthetically.”

“There are things on The Theory of Everything that could very well be on one of my solo albums. Likewise Sicario, although they couldn’t be more different as scores. They couldn’t be more different as films either, and with each production – and this is part of the joy of writing film music, about creating and being a part of this team of filmmakers – you get to kind of invent new worlds with each piece. Each film poses its own challenges and has its own requirements. You have to find the voice of the film. When I’m writing music for cinema, I feel more like a filmmaker than a composer.

“Denis had a strong vision for how he wanted the music to kind of affect the viewer. He wanted the music to affect the viewer literally, on a deep, visceral level, like something coming from underground. Like Arrival, one of the main themes was written very early on, and it felt like this heartbeat charging against you. The score has this kind of visceral quality that I felt worked very well, along with a certain sense of melancholy, of the tragedy of the drug war and the loneliness of the border areas. The sadness of the desert, in some ways.”

“Karlheinz Stockhausen’s ‘Stimmung’ was high in my mind, particularly since I wanted to use the human voice as major colour in the score. So I looked for singers who were comfortable using harmonic or overtone singing and other avant garde vocal techniques. I was very lucky to be able to work with Theatre of Voices, led by Paul Hillier, who have a good command of these techniques. But I also worked with singers who have a less academic, more individual sound, like Robert Aiki Aubrey Lowe, who provides some of the most distinctive vocals in the score.

“I also wanted to avoid the kind of choral writing that is associated with sci-fi, like Ligeti’s for example, so instead of sustained clusters of sound like his, I worked more with short staccato phrases that are sung arrhythmically or have irregular rhythmic patterns. These are then layered on top of each other to create a kind of cloud of short staccato, rhythmically ambiguous voices. There are also very few synthesised or artificial sounds in the film – the sounds are all acoustic in origin and all played by hand, with one or two exceptions. However, I very often treat and process the acoustic sounds digitally, to achieve unique textures.”

Jóhannsson’s latest album ‘Orphée’ is out now, the Arrival OST is out 11 November and he will be performing live at the Barbican on 9 December.