In praise of Kate McKinnon – your new favourite actor

A film-stealing turn as Jillian Holtzman in the new Ghostbusters leads us to ask: who is this fabulously funny star? 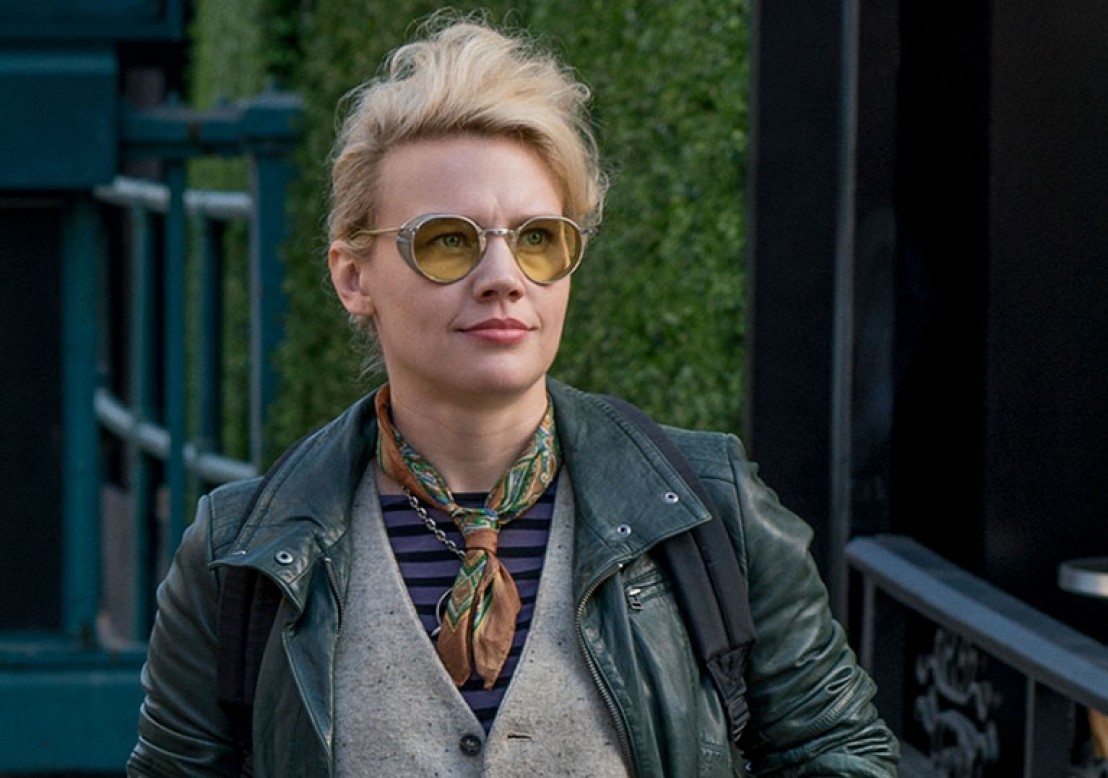 Now that the new Ghostbusters film is out of the bag, the most successful element appears to be the one that initially met with the most forceful backlash: the recasting of the original team as women, with comedy giants Kristen Wiig and Melissa McCarthy at the forefront. The bottom line is, it works. The chemistry between the four leads is one of the film’s key strengths.

But if there’s one thing critics largely seem to agree on (despite a few lone, crazed holdouts), it’s that idiosyncratic munitions expert Jillian Holtzman, as played by Kate McKinnon, steals the show. Whether the group are fighting malevolent paranormal forces or cruising around in a decked-out hearse, it’s McKinnon who stands out (the group’s first encounter with a ghost finds McKinnon casually succumbing to the salty ecstasy of Pringles). As a relative unknown in comparison to her established co-stars, her casting may have been something of a gamble. But director Paul Feig has made a habit of casting strong female leads, and in this case, it paid off big time. The question remains: who is she?

Best known for her sketch comedy work, McKinnon is by no means a newcomer to the screen. In fact, for IndieWire’s Eric Kohn, her Ghostbusters performance was, “another reminder that she’s one of the funniest people in America.” McKinnon made her TV debut on Saturday Night Live in 2012 and was promoted to series regular a year later. Also of note is that she’s the show’s first openly gay female cast member. Since then, she’s been nominated for two Primetime Emmys for Outstanding Supporting Actress in a Comedy Series for her stellar work on SNL. Alas, she lost to Allison Janney both times. Her array of original roles demonstrate her versatility, ranging from a Russian villager to a neighbour with a tendency for leaving passive aggressive notes. It’s worth watching the sketch where McKinnon portrays a woman who has an underwhelming run-in with alien abductors. Plus, she’s the only one who manages to keep a straight face throughout.

As well as this, she’s also firmly established her niche as one of SNL’s standout impressionists. Her skill is being able to imbue all of her impersonations with an almost childlike innocence – not in a way that denigrates and infantilises their real-life counterparts, but in a way that humanises them too. McKinnon’s constantly befuddled Angela Merkel is always just trying to do her job. Her Ruth Bader Ginsberg follows up every sardonic put-down with a triumphant victory dance.

It’s impossible to talk about McKinnon’s impressions without acknowledging the role that has become her trademark: Hillary Rodham Clinton. It’s been met with widespread acclaim, not only from audiences, but from the presidential candidate herself. In fact, McKinnon’s Clinton has gained such notoriety that Clinton herself made a surprise appearance on the show opposite the actor, playing a bartender named Val. From Clinton’s extensive attempts to ingratiate herself amongst braying millennials (in one sketch, McKinnon’s Clinton tries and fails to film a campaign video on a smartphone) to a campaign ad where she slowly morphs into rival Bernie Sanders, McKinnon’s Clinton is determined to let nothing stand in the way of her ascent to the presidency. Despite the standard set by long-time SNL Clinton impersonator Amy Poehler, McKinnon goes above and beyond. She makes the role her own.

But McKinnon doesn’t only exist in the SNL bubble. She’s also an accomplished voiceover artist. Aside from a regular stint on the children’s show Nature Cat (chronicling the adventures of a quirky feline), she’s also lent her vocal talents to The Simpsons and Family Guy, as well as feature films like Ted 2 and Finding Dory. And according to her alumni website, she can play the guitar, the piano and the cello. Before her career kicked off, she worked as a telemarketer for an SAT-prep company. In her own words: “That was the worst of it, because I had to call people in post-Katrina New Orleans and offer them this very, very expensive SAT class. And I’m not even a good salesman.”

If you’ve seen McKinnon effortlessly switch back and forth between her impersonations of Clinton and Ellen Degeneres, her standout turn in Ghostbusters won’t come as much of a surprise. For many middle-aged fanboys residing somewhere in a basement near you, rebooting a beloved classic with an all-female cast was a sign of the impending apocalypse. They even went so far as to launch a successful campaign to make the Ghostbusters trailer the most disliked video on YouTube. In the wake of the film, however, if there’s one thing that’s abundantly clear, it’s that McKinnon and the rest of the cast get the last laugh.

Read our review of Ghostbusters here