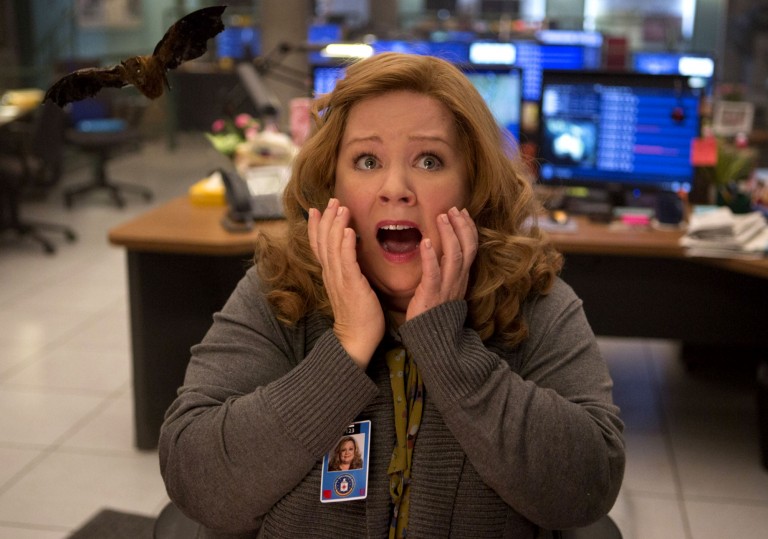 Even an espionage caper is an attractive prospect when Feig and McCarthy’s names are attached.

Come for McCarthy, stay for Statham.

A major factor in the success of writer/director Paul Feig’s recent work – most notably 2011’s Bridesmaids and 2013’s The Heat – has been the writer/director’s knack for assembling exceptional comic ensembles. In Spy, Feig once again demonstrates his shrewd eye for mixing talent, finding a (mis)match made in action-comedy heaven in regular collaborator Melissa McCarthy and resident British hard man Jason Statham.

The film charts the unlikely rise of Susan Cooper (McCarthy), a bottom rung CIA analyst who seizes an incredible career opportunity when her colleague and secret crush, a dashing double agent played by Jude Law, winds up MIA following a run in with Rose Byrne’s air-headed arms dealer. With their top man out of service and the identities of numerous other field agents compromised, Allison Janney’s Agency chief assigns Cooper to reclaim a missing nuke before it falls into the wrong hands.

Cooper’s perfectly equipped to take on this dangerous high stakes mission, but her lack of experience (read: testicles) riles seasoned agent Richard Ford (Statham). An almost cartoonishly misogynistic throwback whose incessant bickering and bragging becomes the butt of the film’s best running gag, Ford is a red-blooded alpha who appears trapped in an endless dick measuring contest with himself. As the long-suffering coworker who’s out to prove Ford wrong but not necessarily show him up (he’s more than capable of doing that all by himself), McCarthy wastes no time in deploying her now customary scabrous shtick. As always, it’s hilarious.

This globetrotting espionage romp doesn’t so much spoof the genre as gleefully subvert it at every turn. Yet for all that Feig employs physical comedy and some razor-sharp scripting to juxtapose McCarthy’s kick-ass ability with her male counterparts’ boneheaded inadequacy, Spy plays its gender politics card with a relatively straight face. You don’t have to look too hard for the film’s anti gender inequality message, but crucially it’s never rammed down the audience’s throat.

Indeed, there are plenty of jokes that make light of some fairly broad gender stereotypes – a gadget briefing scene provides a slightly alarming insight into the male psyche via the presumed contents of a woman’s handbag – but for the most part the laughs are more situationally-based than observational. It’s a formula that Feig would be wise to stick with for his upcoming Ghostbusters reboot, which will mark his fourth collaboration with McCarthy.

The plot itself is a fairly by-the-numbers undercover caper, but by the time Peter Serafinowicz rocks up as a faintly lecherous Italian lothario, you’ll just be glad to be in the company of such an embarrassment of comedic riches. Off the back of Bridesmaids, The Heat and now Spy, Hollywood can scarcely afford not to continue supplying McCarthy with a steady flow of star vehicles.

Even an espionage caper is an attractive prospect when Feig and McCarthy’s names are attached.

Come for McCarthy, stay for Statham. 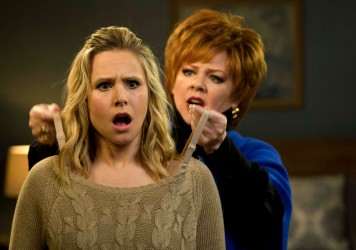 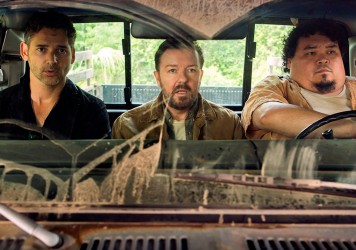