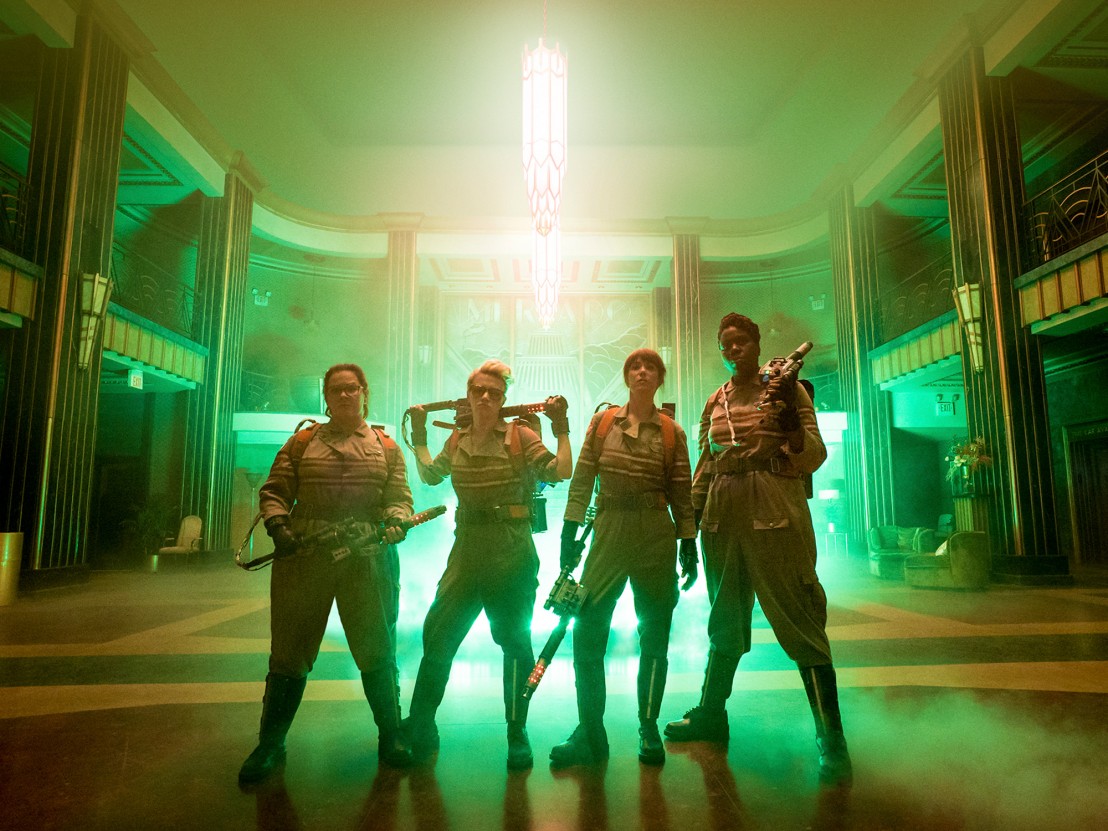 When Bridesmaids was released in 2011 it broke new ground for female-centric blockbusters. Since then, however, Hollywood has moved away from making original women-led films towards ‘sheboots’, where a popular franchise is recast with the male roles going to women. The next in production is Ocean’s Ocho, the latest remake of Ocean’s Eleven, which will see the primary conmen played by Sandra Bullock and Cate Blanchett. Although it has been stressed that the actors will not be playing lady-versions of the male roles, it will be interesting to see what Olivia Milch is able to do with the screenplay within the constraints of the genre.

Then, of course, there’s Ghostbusters, to date the most talked-about sheboot. Director Paul Feig has complained that people only mention his film with the premise of the ‘all-female’ version and that we don’t talk about ‘the all-male Expendables’. Well, we’re fairly certain that if you recast Steel Magnolias with men in the lead roles people would refer to it as the ‘all-male’ Steel Magnolias. Whichever way you slice it, in their current guise gender swap movies are not a sign of progress for women in the film industry.

Why is it that we still refer to female led films in relation to their male equivalents (see Bridesmaids/The Hangover) or only give women opportunities in big franchises if they are playing male characters that have previously proved to be profitable (Expendabelles). Why are women constantly cast in roles that are tied to the trope of masculinity? Take Starbuck in the Battlestar Galactica TV reboot – she smokes cigars, gambles, swears, gets into fist fights. Making her a woman in this instance is pure gimmickry. It’s the same deal in The Heat: Sandra Bullock is tough and arrogant but gets results and Melissa McCarthy plays a potty-mouthed rebel, making it a mis-matched buddy cop movie that we’ve seen many times before. Having women taking on these males tropes may help the audience identify with the characters, but only in the sense that they conform to basic stereotypes.

Hollywood often experiences trends where everyone jumps on the same bandwagon off the back of a single success. It’s lazy but perhaps to be expected in this risk averse business. Yet there is a positive sea change occurring, with several roles that were written for men being adapted for women – from Julia Roberts in Secret in their Eyes to Emily Blunt in Sicario and Charlize Theron in The Gray Man. We need more of this open-mindedness about the gender of lead characters, but it shouldn’t be done for the sake of it. Don’t make James Bond ‘Jane’ Bond; write a new deadly super spy who just happens to be a woman.

Female actors – not to mention moviegoers – deserve better than safe gender swap reboots. At a time when Hollywood is no longer able to hide its head in the sand with regards to certain inequalities, we may well look back on this time as a transitional phase towards a brighter future for women. The worry for now is that if films like Ghostbusters and Ocean’s Ocho prove successful, Hollywood might see gender swap films as a long-term solution. Equally, if these films perform badly at the box office, it will likely be seen as a failed experiment.

We need to see unconventional screenplays written with female actors in mind. We need women producers pushing the agenda to get these films made, and a greater opportunities for women behind the camera. Despite the disappointing backlash to Ghostbusters, it’s clear that audiences are ready to see more collaborations between predominantly female casts and crews – all we need now is for Hollywood to answer the call.