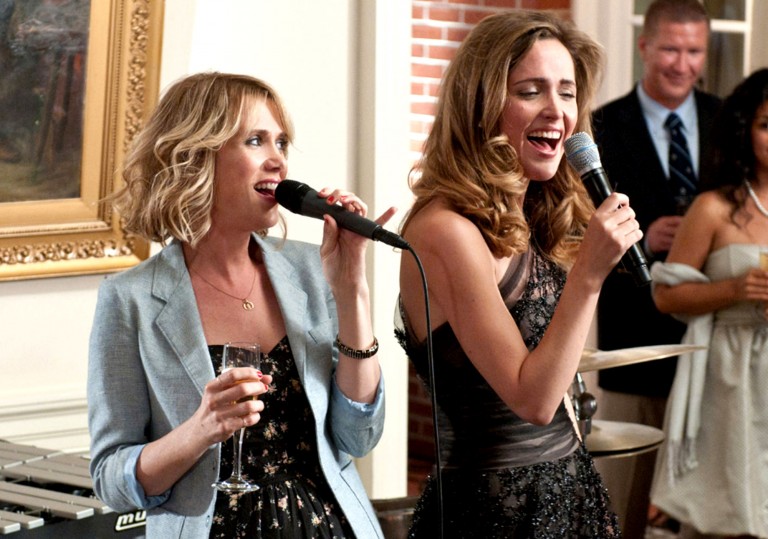 It’s Knocked Up. But with women!

Could’ve been even funnier without that ending.

The odds were always stacked against Bridesmaids, a distaff comedy ruck-about that emerged from the stable of Judd Apatow and promised the impresario’s trademark blend of scatological wisecracks mixed with squishy-on-the-inside sentimentality.

Here, the allegedly sexy hook (and, really, Apatow’s increasingly enfeebled product – from Year One to Funny People to Get Him to the Greek – is craving a sexy hook) is based on the fact that the gags are the same, and so is the bantering bonhomie, but the familiar protagonists (the fat one, the nerdy one, the cool one) have all had their penises removed and are now women (step forward Kristen Wiig, Rose Byrne, Maya Rudolph et al). Yep, the ladies have taken over the frat-house. And they’ve got a huge first act diarrhoea set piece just to prove it.

And yet, the real shock here, in this story of pre-wedding tensions amongst six mismatched bridesmaids, is not that it’s axiomatic and Apatow-by-numbers, but rather that it negotiates its way around that form with often thrilling originality. Thus, almost immediately the savvy script, co-written by Wiig, offers more than just the usual post-feminist SATC-style observations (although an efficient opening sex scene between Wiig’s Annie and erratic boyfriend Ted, played by Jon Hamm, nicely pillories an entire gender’s standard sexual technique).

Instead, as Annie accepts the task of playing maid of honour to best friend Lillian (Rudolph), and as the pressure of the job, and the demands of placating five other bridesmaids, slowly forces her to unravel, the movie offers some painfully incisive commentary on the unspoken competitiveness underlying female friendships.

The conspicuously unattached Annie’s fantastically deranged reaction to the news of Lillian’s engagement (a half-smile twisted into a rictus of horror) is emblematic of an entire movie that is full of little digs and asides aimed at female rivalry. It’s no wonder that the highlight of the movie is a vicious face-off between Annie, a jewellery store clerk by day, and a smart-mouthed teenage girl (the line, “You’re a little cunt!” has never been so beautifully delivered).

There are also problems. It’s far too long, over-crammed with musical montages, and hampered by a hideous singsong finale. But, really, bottom line: it’s the best thing Apatow’s put his name to in years.

It’s Knocked Up. But with women!

Could’ve been even funnier without that ending.