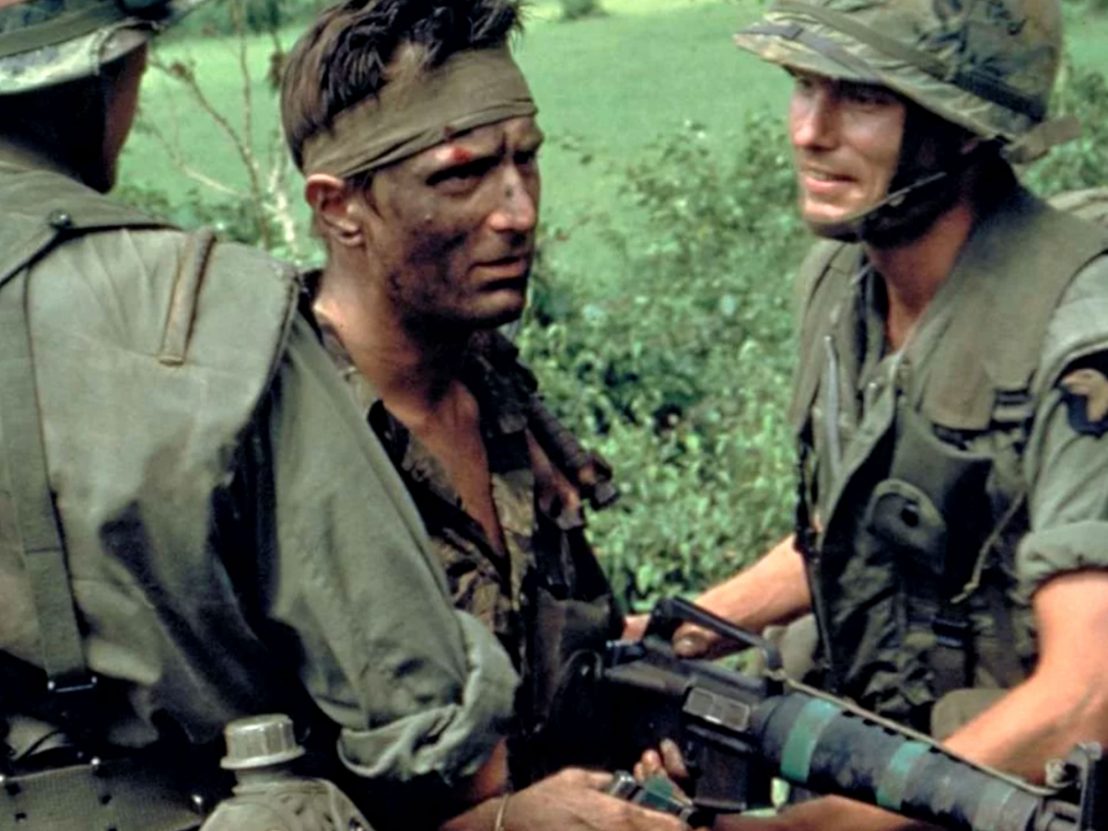 In his memoir ‘Born on the Fourth of July’, Ron Kovic recalls his teenage self watching in awe as real-life World War Two veteran Audie Murphy guns down Germans atop a flaming tank in the 1955 biographical film To Hell and Back – “He was so brave I had chills running up and down my back, wishing it were me up there.” The cinematic promise of a similar legacy in Vietnam saw Kovic and thousands of like-minded young Americans hurry to join the fight.

Seeking a follow-up to the hellfire of Platoon, director Oliver Stone used Kovic’s story to channel his own passions and politics as a returning Vietnam veteran. In contrast to the cohort of war ‘hero’ filmmakers, including William Wyler and Frank Capra, who came back from World War Two, Stone was the lone director to experience the Indochinese conflict first-hand. Determined to avoid chimerical grounds for hope, Stone’s Born on the Fourth of July overwhelms the viewer in widescreen Panavision with the visceral damage inflicted on Kovic. Portrayed in the film by Tom Cruise, he hollers “Penis!” repeatedly in the face of his middle-class Christian family to bypass the usual euphemisms for loss of sexual function. Look on, he tells us, and despair.

Stone’s depiction of the veteran experience arrived relatively late, however, allowing the trauma of Vietnam to seep into the public consciousness. Michael Cimino’s The Deer Hunter, by comparison, picked at these scabs while they were still fresh, being released only three years after the US military withdrew its final remaining troops from Saigon. Hollywood was now prepared to tackle the futility of conflict felt not only by veterans, but by Americans as a collective.

Even before he enters the abyss of war, the film’s central character, Mike Vronsky (Robert De Niro), is at odds with his community in Clairton, Pennsylvania. He finds his friends’ lack of appreciation for the art of killing a deer with “one shot” unbearable, vented through his refusal to lend Stan (John Cazale) a pair of boots. Indeed, Stan embodies Mike’s critique of society, a promiscuous narcissist without a care for the rawness of reality. Waving a bullet in front of him, Mike declares “this is this, this ain’t something else” in a vain attempt to force him to face their situation and not embellish brute facts with false optimism. This seems hypocritical given Mike’s obsession with the beauty of the hunt, made clear by a brutal cut to the mutilated animal strapped to the hood of a dented Cadillac. It is a grotesque tableau of wasted life. 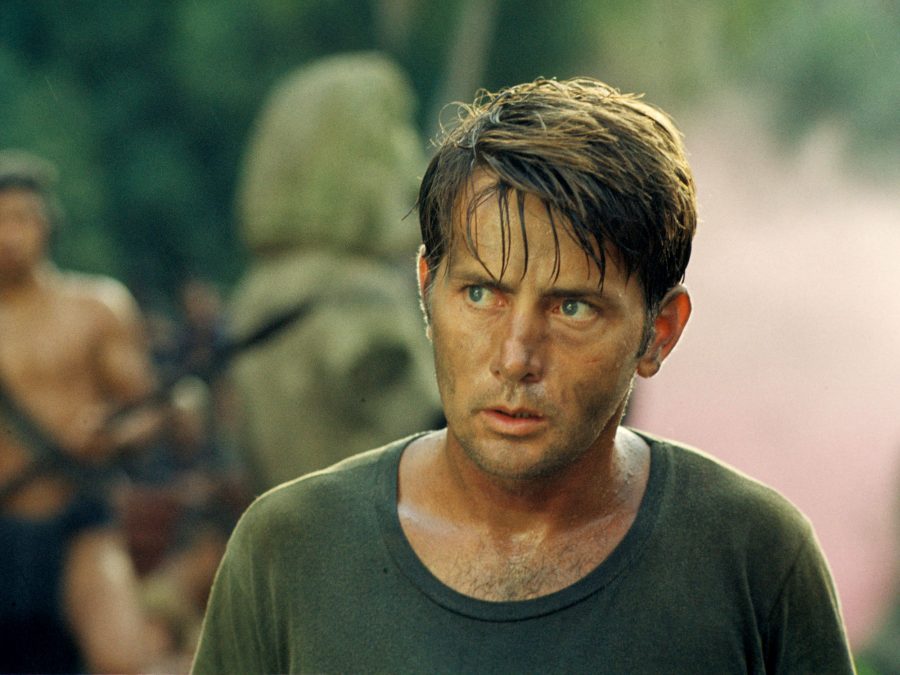 The shallow symbolism Mike sees in Stan is dispelled more thoroughly by the drug-fuelled boat ride of Francis Ford Coppola’s Apocalypse Now. Captain Willard (Martin Sheen) and his platoon tear down the river flaunting their Californian cultures of surfing and rock music. The prospect of meaning in the literary mumblings of Colonel Kurtz (Marlon Brando) has driven Willard back into the jungle, having already returned to America to find the home he knew “didn’t exist anymore”. Upon discovering that Kurtz’s philosophy is equally hollow, he realises that the evils he has seen in Vietnam are just as prescient in his own supposedly peaceful society.

Mike’s dream transforms into a similarly hideous nightmare when he enters the conflict with guns a-blazing in The Deer Hunter – a staunch reminder that humanity can never be master over nature. The rapidity of a scene change that flings him from the calm of a bar to the frenzied raid of a Vietnamese village holds a mirror up to American corruption, an illogical extension of the frontier into what was then known as the ‘Third World’. How are Mike’s friends gutting a deer different from the pigs eating the entrails of dead soldiers? Why should we distinguish their drinking and betting on football from the gambling of the Viet Cong in Russian roulette? When Mike returns home, the illusion that Americans are more ethical or cultivated than the Vietnamese is shattered, isolating the veteran in his enlightenment.

This realisation of US immorality was more explicitly tackled by Paul Schrader in his screenplay for Taxi Driver. Electing not to depict Vietnam memories of Travis Bickle (De Niro) through flashback, director Martin Scorsese instead plagues the film with a haunted atmosphere – while Travis is distracted from a café conversation, an effervescing Alka Seltzer subtly evokes the foreboding terror of a rainforest downpour. Like Mike and Willard, here is a veteran who sees corruption everywhere, observing on his long neon-lit drives that “all the animals come out at night: whores, skunk pussies, buggers, queens, fairies, dopers, junkies, sick, venal”. As in Senator Charles Palatine’s campaign slogan, ‘We Are The People’, Travis believes that there is an Other in America who simply does not belong.

When he is back in Clairton, Mike goes on a second deer hunt. This time he refuses to fire his gun and shouts “Okay” off a waterfall, making a compact with nature as the word is echoed in response. While the scene offers potential for his own future, it comes too late to the divert the consequences of US militarism. Hoping he can rescue his best friend Nick (Christopher Walken), Mike races to Saigon only to watch him shoot himself during a game of Russian roulette. As he cradles Nick’s bloody head in his arms, Cimino crafts a poignant visual metaphor for America, having gone into Vietnam blind and gambled everything on a game of chance that has horrific ramifications.

In the film’s final scene, the people closest to Mike gather once again in their local bar, the hub of their sins and wasted fortunes. They band together to contemplate and accept the loss they have suffered, uniting in a rendition of ‘God Bless America’. There is a hint of irony to their patriotism, reigniting the national fervour that landed them in Vietnam in the first place. But it also contains the prospect of rehabilitation, of a future that has learnt from experience. At the end of the 1970s, what else could ordinary Americans hope for? After all, it was their “home, sweet home”.