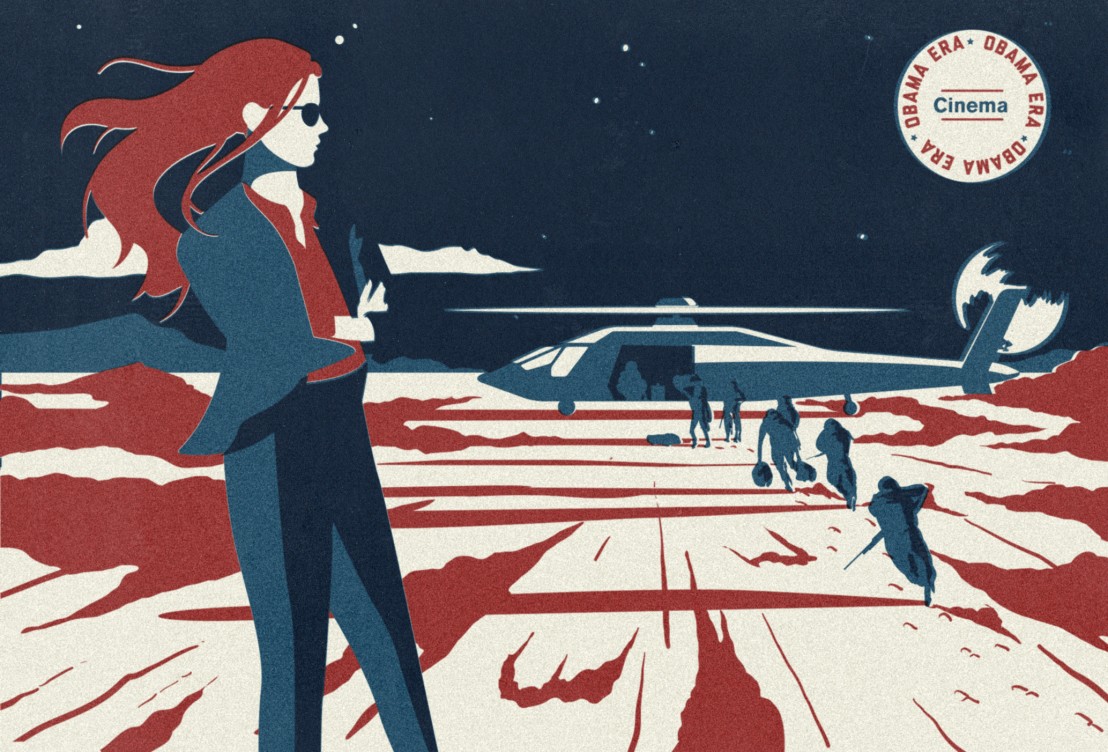 What could a pair of recent films about America’s post-9/11 wars, one directed by a far-left woman who has critiqued masculinity and white supremacy in her films for decades, the other by a 2012 Republican National Convention speaker, possibly have in common? A cynic might argue they are proof of the calculated ambiguity of Hollywood films.

During these politically polarised times, leaning too far to one side risks alienating half of potential ticket-buyers, so filmmakers have to hedge their bets. It is hardly surprising that both Kathryn Bigelow’s Zero Dark Thirty and Clint Eastwood’s American Sniper prompted countless think pieces attempting to ascertain their beliefs about the Iraq War, torture, masculinity as it relates to war, patriotism, and just about everything else they address. But politics on individual issues aside, both films reveal a wider reality about a newly bloodthirsty America still struggling to find viable foreign policy strategies.

The heroes of both films are relentless and task-minded, pursuing their mission even to a fault. On one hand, American sniper Chris Kyle (Bradley Cooper) is a “Texas patriot” protecting fellow soldiers and killing the “savages” in Iraq. On the other, Kyle’s reckless bravura endangers his troops, while Eastwood pays equal attention to Kyle’s distressed wife back home and PTSD is visible in both the smallest gestures (note the way Kyle bows his head after each kill) and in more direct plot points. In the opening scene, a mother hands a grenade to a child who attempts to throw it at US troops before being killed by Kyle. The mother picks it up and attempts to do the same, but Kyle kills her too. Why a mother and child? US forces must already have killed the father, suggesting victims’ families are likely to fall into a cycle of terrorism.

The actions of Zero Dark Thirty’s Maya (Jessica Chastain) are also not without implied consequences. After following a lead for a decade and overcoming doubt from her colleagues and superiors, the US commands the raid that gives the film its title and its most dramatic set-piece. There is no heroism in this raid. Gunshots make pops rather than the bangs of preceding scenes. It is far too quiet for a place overrun with armed soldiers and inhabited by terrorists, yet it is the cries of children that pierce the soundscape.

Indeed, it is these children, heard repeatedly and seen frequently, compared to only the briefest glimpses of Osama Bin Laden, that the set piece emphasises. When Bin Laden is killed, children are orphaned and mothers are heartbroken. The next day, Maya sheds tears because… why? For the dead fathers and husbands? Because after a decade of pushing social aspects of her life aside in the name of work, she suddenly lacks a purpose? Because America’s vindication changed little and signals the conquest not of justice, but revenge? It’s hard to say. 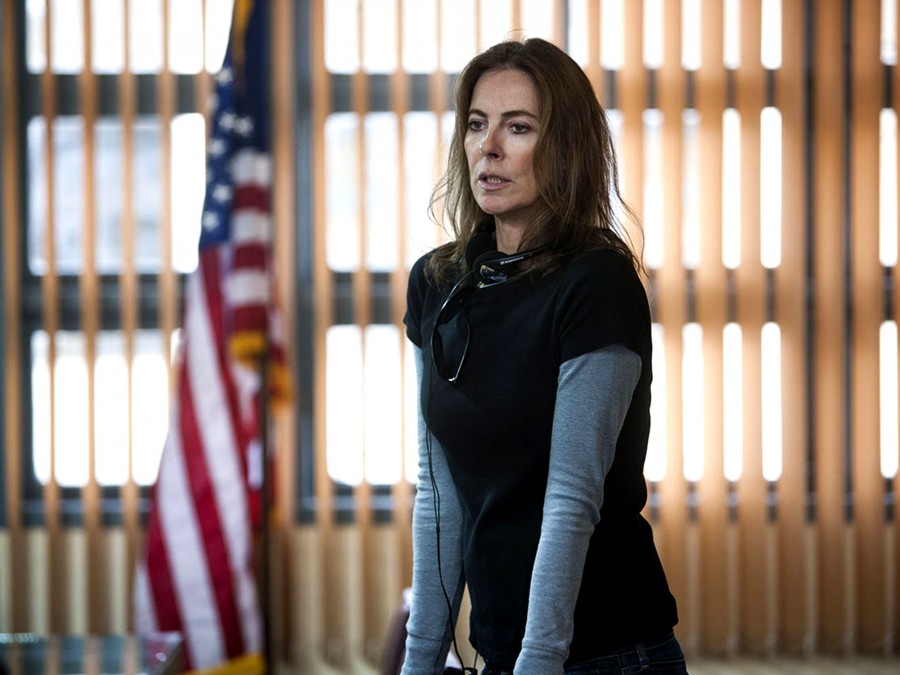 As Maya pursues one target in the name of her country, Kyle does the same for the troops. His foil is a sniper who, over the course of the four tours depicted in the film, kills several of Kyle’s allies – some because the Punisher insignia on his squad’s gear is a giveaway. The branding, taken from an earlier scene depicting a soldier reading the comic, is crucial: The Punisher is less a superhero than an example of vigilante justice taken too far, perhaps as a result of his own PTSD when his family was killed. He loses sight of justice and becomes the judge, jury and executioner of those who happen to be in the wrong place at the wrong time.

Kyle’s identification with the character offers a look into his own shattered psyche. When he finally kills the sniper, Eastwood underlines the gravity of the moment with slow-motion, giving the kill a neo-colonialist undertone, to which an ally affirms, “mission accomplished,” echoing Bush’s premature call. Justice? Kyle spuriously blames his PTSD not on being forced to kill women and children, but on his inability to protect more of his allies. “There’s plenty of guys here that need saving,” he is told. The ending’s tragic irony – spoiler: Kyle is killed by another PTSD-afflicted veteran he is trying to help – is not incidental. Whether PTSD surfaced from killing too many or losing too many, the war has ended but the damage continues to play out back home.

That damage was itself reflected with shocking prescience in Bigelow’s film. From the audio recordings of 11 September, 2001 played over a black screen, to the eponymous raid, the only markers of time in Zero Dark Thirty are concomitant with terrorist attacks. Collapsing around a decade of time into around two-and-a-half hours, it’s easy to lose track of when exactly each scene takes place. The breakthrough that will eventually lead the USA to Osama Bin Laden surfaces early but lies dormant for years, and colleagues come and go. But every once in a while, a specific date is shown: 29 May, 2004; 20 September, 2008; 30 December, 2009.

Those are the dates of the Khobar terrorism attack, the Islamabad Marriott bombing, and the Camp Chapman attack. When Zero Dark Thirty was released in December 2012, we might have been tempted to add to them the Sandy Hook Elementary school shooting on 14 December, 2012. Today, we have 7 January, 2015, the date of the Charlie Hebdo shooting; 13 November, 2015’s assault on the Bataclan in Paris; the San Bernadino shooting on 2 December, 2015; in Brussels on 22 March; Istanbul’s Ataturk Airport on 28 June; Nice on 14 July, and countless others, dismissed by the media for taking place in the Middle East or forgotten to “terrorism fatigue” in the West. We live in a world in which we expect the next big attack to be followed shortly by another. The war is over, but new ones have already begun in the direct aftermath.

What both films capture is the reality, dissembled by the Bush Administration, that there is no end to the number of terrorists who can be killed in making illusory progress. The only real victory would be policies that stop creating terrorists. That means taking a long look in the mirror and embracing rather than alienating local and international Muslim communities and nations and abstaining from killing innocent civilians regardless of the coldly calculated short-term benefit for starters. Ultimately, Maya’s tears are the same as those which Chris Kyle holds back: they are the tears of a nation and its constituents forced to come to terms with the fact that the best efforts even of heroes are not enough if the goal was tainted all along.