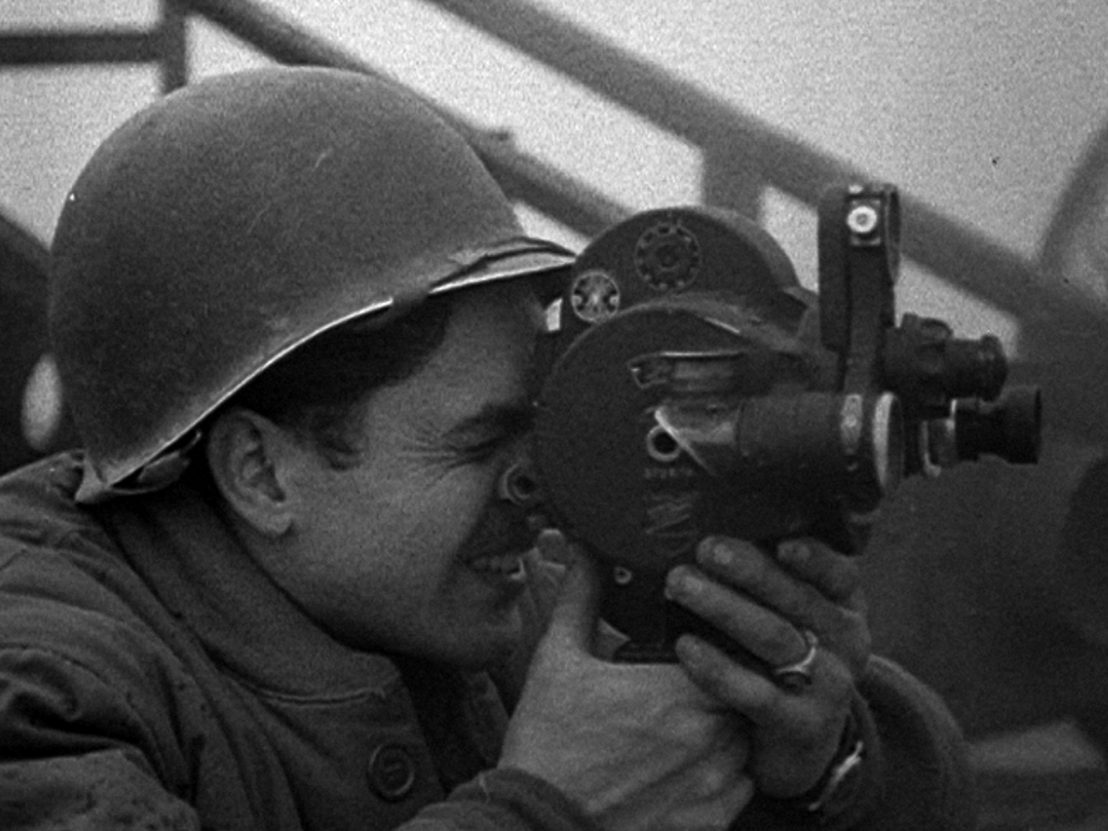 Frank Capra, John Ford, John Huston, George Stevens, William Wyler: five legendary Hollywood filmmakers who created some of cinema’s most cherished and iconic moments. But what you may not already know about these famous directors is that each played a key role in America’s involvement in World War Two, putting their careers on hold to make propaganda films for the US government showing the reality of life on the front line.

Directed by Laurent Bouzereau and adapted by Mark Harris from his 2014 book of the same name, Five Came Back sees Steven Spielberg, Francis Ford Coppola, Guillermo del Toro, Paul Greengrass and Lawrence Kasdan discussing the impact these vital, occasionally controversial films had at the time – on military officials, the general public and the filmmakers themselves.

Over the course of three one-hour episodes we learn how Capra galvanised the American people in the wake of Pearl Harbour; how Ford captured the shocking and unprecedented spectacle of the D-Day landings; how Stevens witnessed the liberation of Paris and the atrocities of Dachau; how Huston documented the effects of PTSD long before the term was coined; and how Wyler went from being one of the foremost documentarians of the War one day to a disabled veteran the next. 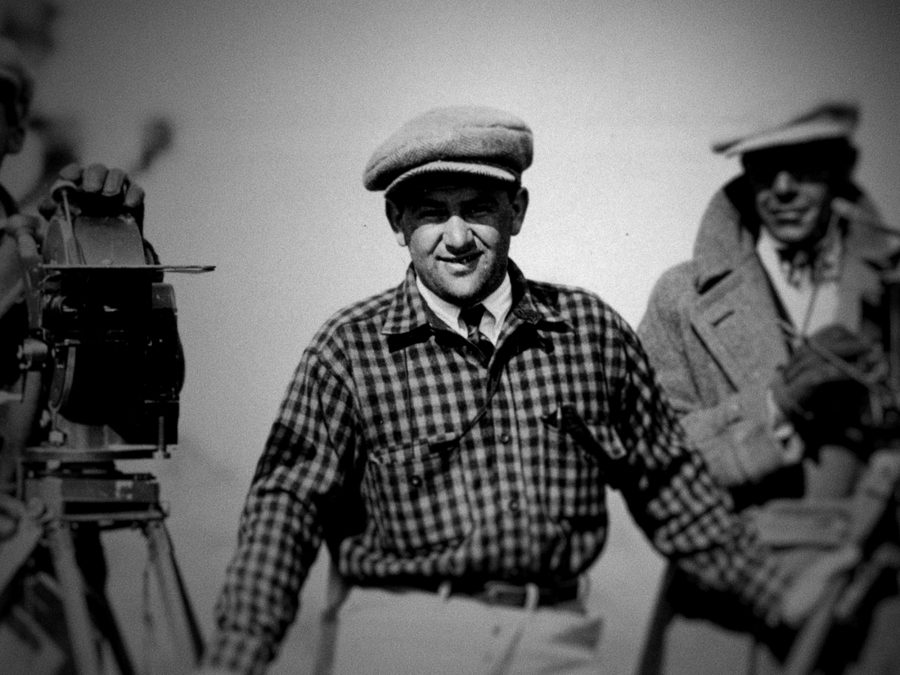 We won’t give anything more away here, but suffice to say this documentary is an illuminating and inspiring work that feels especially pertinent today given the current climate of fake news and alternative facts. Simply put, it is a story of courage and sacrifice that should never be forgotten, a sentiment Harris echoed when we asked him about the project:

“Five Came Back is really about how far you’re willing to go for a cause. These men ended up contributing greatly to our understanding of the War – of what combat looked like, of what happened in the concentration camps. I hope that some people will watch it and come away from it with respect for people whose desire it is to convey information and be reminded of the possibility of an American government that doesn’t treat people whose job is to convey information as the enemy.

“What’s also interesting and relevant to today is that two of these men – Capra and Wyler – were immigrants. Someone actually pointed out to me very late in the process something that I hadn’t realised, which is that I had created an almost stereotypical World War Two platoon movie: I had the Jew and the Italian, the Irish guy and the immigrant, and the happy-go-lucky Californian rich kid. For all five men, the War defined their American-ness – but American-ness meant something very different to someone like Wyler, who had come to the States at 17, than it did to Stevens, who had grown up in California and had never thought of himself as anything but American.” 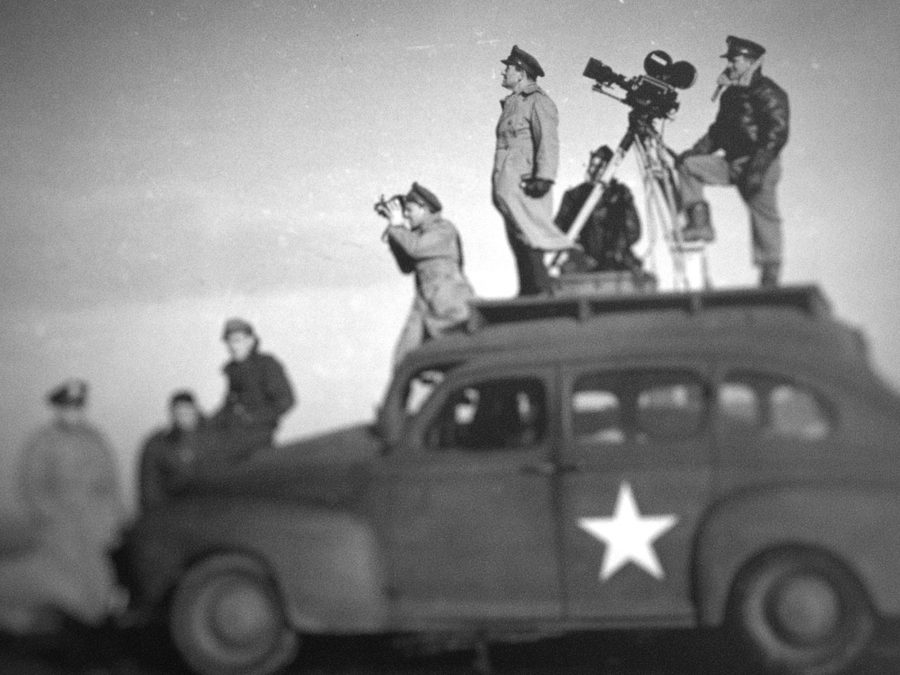 Harris continues: “If we want to understand film history and we want to understand the careers of movie directors, it’s really important to look at what we don’t see, and the initial impulse for me to tell the story – first in the book and then in the documentary – was in part because when I would go on IMDb, I would see a gap in these directors’ resumes from 1942 to 1946. That was not a period I’d ever really taken seriously in terms of their work. We tend to think of that time as a sort of interruption in their resumes rather than as something that shaped the rest of their careers.”

Five Came Back is available on Netflix from 31 March. Netflix will also present 13 documentaries discussed in the series, including Ford’s The Battle of Midway, Wyler’s The Memphis Belle: A Story of a Flying Fortress, Huston’s Report from the Aleutians, Capra’s The Battle of Russia, Stevens’ Nazi Concentration Camps, and Stuart Heisler’s The Negro Soldier.

Harris’ book ‘Five Came Back: A Story of Hollywood and the Second World War’ is available now via amazon.co.uk