Eight films to watch before you see The Neon Demon

From grindhouse classics to showbiz satires, seek out these inspirations for Nicolas Winding Refn’s wicked latest. 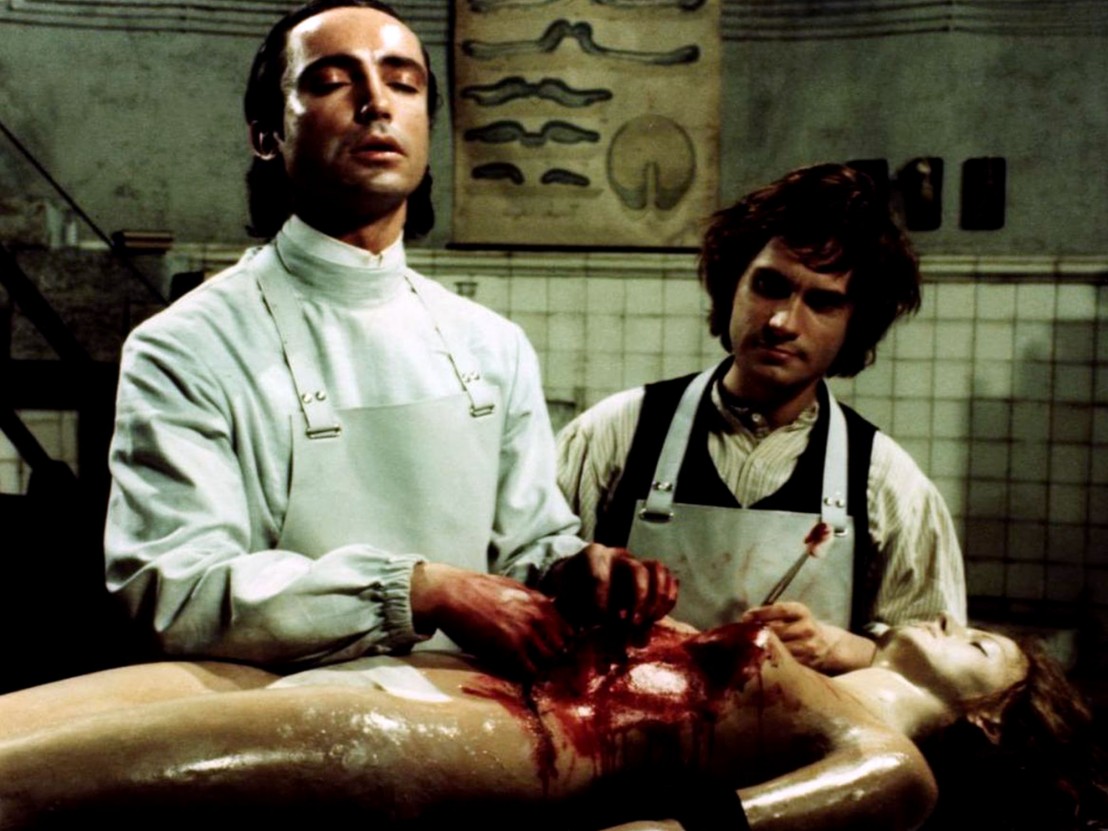 Nicolas Winding Refn’s love of trashy exploitation cinema combined with art-house aesthetics finds the perfect synthesis in his latest, The Neon Demon, a tale of models who’ll go to diabolical lengths to make it Los Angeles. A dazzling, disturbing delight that borrows liberally from Hollywood genre cinema, Italian giallo, Paul Schrader’s Cat People, and straight up horror (including the appropriation of the word ‘demon’, up until now more readily associated with B-movie chillers), it is also nastily unique – a beautiful nightmare that will wrong-foot you right to the end. Here are eight films you might want to watch ahead of it.

This peerless grindhouse classic poses the question: ‘How far is it from beauty, to terror?’ Andrew Prine plays a serial killer who plans to close the gap, stalking beautiful young women in Los Angeles who have posed nude in Bachelor magazine. A moralistic psychopath who tells his victims “displaying your body is filth”, he dresses in black, lives in an all-white bedroom and has a shoe fetish. Weirdly stylish, at the same time as being grotty and gaudy, the film features an insane climax set against a Boschian landscape of burned tree trunks, which the final shots of The Neon Demon appears to echo.

The demon here is less neon, more cheap plastic – with glowing red eyes peering through a shroud of dry ice and making a weird fart noise whenever it appears. Directed by Donald G Jackson and Jerry Younkins (partly funded by the latter’s $6000 compensation from an industrial accident) the film is amateurish, tacky and completely beguiling. Variously known as Coven, Demon Master, Demon Tower, Master of Evil and The Devil Master, this drive-in classic is a must see for those who want to find out, as the poster promised ‘the truth about demons’.

As gloriously crude as it is excessive and insane, this is unashamedly sleazy horror, beautifully mounted as Euro art-house. Paul Morrissey’s bonkers take on the Mary Shelley story has Udo Kier as a libidinous, demented scientist attempting to build two beautiful young people culled from the body parts of whoever happens to be strolling past his castle. Originally released in 3D, the film contains such gory sights as fleshy internal organs dangling from a spiked staff, and Frankenstein committing atrocious acts on various cadavers. Eagle-eyed viewers will spot a direct reference to the latter in The Neon Demon’s already infamous morgue scene.

Director Andy Milligan’s cult art-house curio about a young girl going to pieces in the big city is a fable about young flesh turning rancid. New Yorker Milligan churned out numerous almost zero budget horror films for the grindhouse circuit in the ’60s and ’70s, occasionally sneaking in an arty melodrama. Refn’s own print of Nightbirds, from his personal collection of films by the nutty auteur, was used for the recent reissue on Blu-ray.

There might be no better portrait of the pitfalls of greed and fame in Tinseltown than Billy Wilder’s brilliantly bleak story of a washed up screenwriter and faded screen siren clutching to their remnants of their careers in a dilapidated mansion. It’s no spoiler to reveal the film is narrated by a dead man – it opens with the beautifully striking image of William Holden, face down in a swimming pool. “He always wanted a pool. Well, in the end, he got himself a pool – only the price turned out to be a little high.” Creepy old manse in The Neon Demon? Tick. Swimming pool? Double tick.

Recalling Polanski’s Repulsion and David Lynch’s Mulholland Drive, Kevin Kolsch and Dennis Widmeyer’s horror drama is the story of a struggling actress in LA, Alex Essoe, who falls in with a sinister cult that, initially at least, promise to send her career skywards. Before it deteriorates into bloody, stabby slasher insanity, the film is a tightly wound dissection of the crude currency of young flesh. The scene where Essoe is forced into a hair-pulling meltdown during the audition from hell should be required viewing for any would be actor. Hooray for Hollywood, anyone?

The opening scenes of Dario Argento’s diabolically lurid chiller – showing Jessica Harper arriving in Italy and being transported to a rainswept ballet academy – are so feverish and hysterical that your nerves are set on edge from the outset. Subsequent murders by broken glass and razor wire, a relentless, pulsating score, and fleeting glimpses of an asthmatic hag behind a curtain, do little to settle them. In The Neon Demon, Refn artfully borrows several shots – not to mention the wallpaper – from Suspiria, all while providing a gruesome nod to Argento’s ocular obsession.

Jacqueline Susann’s novel about three starlets corrupted by show business is one of the best selling books of all time. It was later turned into a smash hit film and TV miniseries: evidently the schadenfreude in seeing pretty young things deteriorate in a haze of pills and madness appeals to mass audiences. Neon Demon composer Cliff Martinez has described Refn’s film as a cross between Valley of the Dolls and The Texas Chainsaw Massacre. Now who in their right mind would not want to see a film like that?