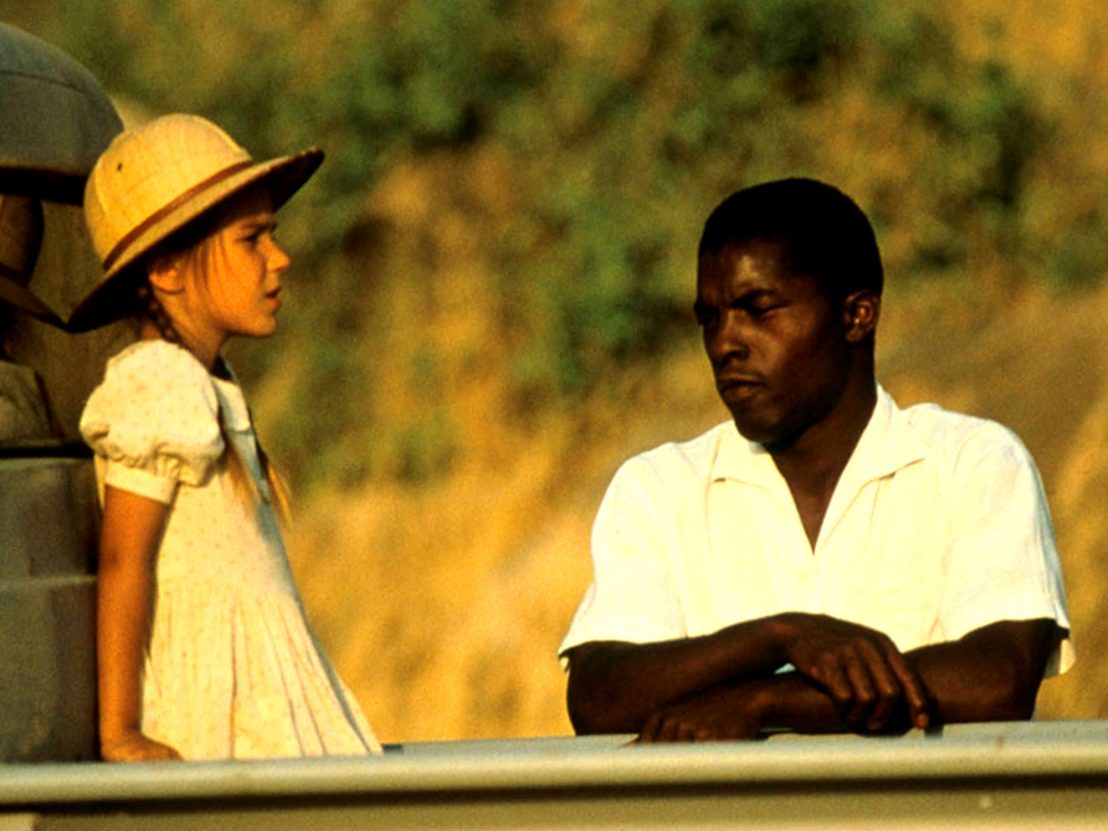 It seems unjust that the shower scene in Alfred Hitchcock’s Psycho is commonly regarded as the shower scene when there exists Isaach De Bankolé taking an outdoor rinse in Claire Denis’ debut feature Chocolat. This scene, quite apart from exhibiting male beauty au naturel, functions as a subtle climax, a synergy of form and meaning that illustrates why the central relationship, which dares not speak its own name, cannot be.

To backtrack: Chocolat is set in Cameroon during the final days of French colonialism. The film is framed and bookended by the reminiscences of the adult France (Mirelle Perrier) a white woman who has travelled from her new home in Europe to the land of her childhood looking for… Something. Perhaps evidence of roots? It feels apt to flag that until she was sent to Paris at 14, Denis travelled around West African countries (Burkina Faso, Cameroon, French Somaliland, Senegal) as her father’s civil servant job required.

Loaded memories form the substance of this world – and what a world it is: yellow grass, casual mountains, bustling livestock and clothes loose enough to flap in the breezes that nip through the sub-Saharan heat. No one is more pivotal in this world than Protée (De Bankolé) and no one is more gracefully at ease. He is introduced via a clever cut. Adult France stares out the window of a car. Suddenly we’re in the back of a roofless old Ford van. Straw boater-wearing child France (Cecilé Ducasse) sits beside an elegant black man whose white shirt looks so cool. The pair bounce along in companionable silence looking back at the land they are being driven through.

At the wheel are France’s mum and dad. He is Marc Dalens (played by a young François Cluzet) a jovial colonial administrator, often clad in safari suits and away on business. She is Aimée (Italian actress Giulia Boschi) as beautiful as she is strategically cold, yet more sympathetic than the other white French colonialists we will meet in the course of the film. 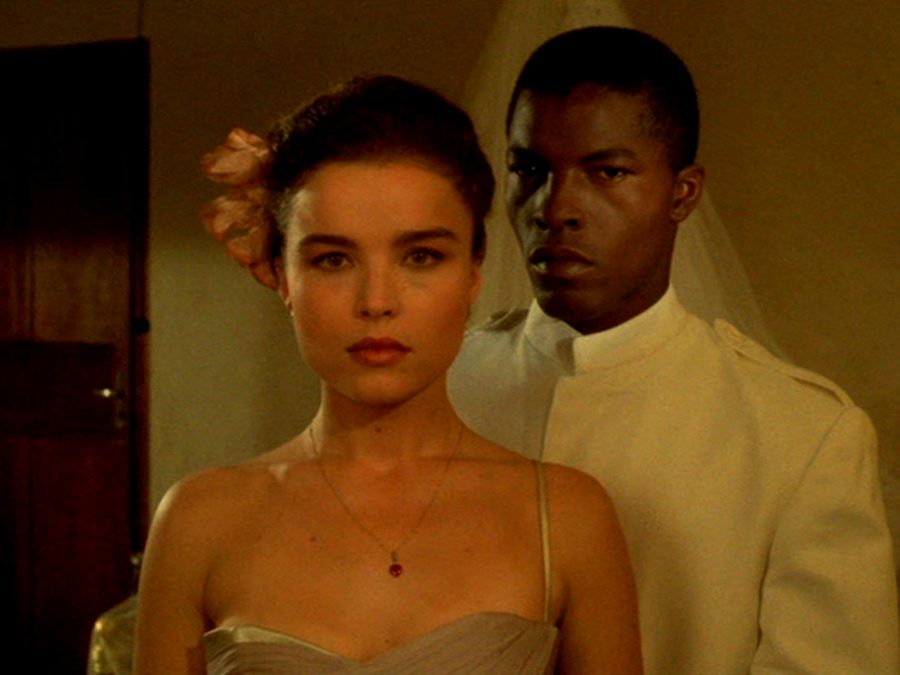 As for Protée, he is houseboy for this small family, moonlighting as best and only friend to France. De Bankolé gives a performance that is gripping by virtue of physical confidence. There is no task he can be ordered to do that he doesn’t carry out with controlled vitality. He is not cocky and he is not humble. He is efficient. And he is beautiful.

The camera (in this rare instance held by Robert Alazraki rather than Denis’ usual cinematographer Agnès Godard) drinks in and weaponises the sculpted male form. De Bankolé’s body is revered like an Adonis. His face is often a mask, as he internalises reactions to increasingly troubling social dynamics, yet the regal haughtiness of his bone structure telegraphs a presence that silently condemns the racism all around.

Weakening before the physicality of Protée puts one firmly in the head of Aimée, the madam of the house. Her verbal relationship with him is brisk to the point of sharpness. But the lingering looks – oh, the lingering looks. It is initially impossible to tell whether Protée reciprocates as his responsiveness to her is mandated by her position of power.

Entering into this domestic brew, in which desires go unspoken, and the rituals of life are everyone’s focus, are a group of white French people who are stranded when their plane experiences mechanical failure. Dutifully, the Dalens invite them to stay. Conversations and events under their roof become uglier, but not in a hammy way. Denis continues to fold into her rhythm all the glorious landscape shots that make this setting serene.

The contrasting natural beauty makes the human dealings seem all the more stark and disturbing: there is Joseph, a coffee planter whose relationship with his black female servant is elliptically conveyed for what it is. There is André who won’t allow his wife to be treated by the local black doctor. There is Luc who presents as a radical hippie but whose insecurities and arrogance make him the most oppressive of the bunch.

It’s astonishing how early on in her career Denis had a handle on her distinct brand of visual composition. Hers is a genius for showing not telling, for laying out surfaces that are rich with implication and for conducting details until there is a heady picture that is minutely observant with a sweep that reaches from heaven to hell.

Now is the time time to return to the shower scene, which unfolds in the relative peace before the Dalens’ house is full of unwanted guests, but is mirrored later, after the invasion. What happens is a process of seeing Protée moving from the context of his solitude to the context of his milieu. At first Protée is unguarded, enjoying the water touching his body, scrubbing himself clean, working up a foam. Aimée and France pass and Protée learns of their nearness by overhearing France. His face crumples in anguish and he elbows a wall with a forceful crunch.

‘Protée’ is a name for something within an animal. In this rare glimpse of him emoting in private, we see him expressing something from the guts. Each of Chocolat’s most powerful and revealing moments are driven by physical acts from Protée, which function as twists because his character is established as impassive before his oppressors. This shower scene is Denis’ sophisticated visual understanding of power dynamics laid bare in the form of a character who is a memory who is an actor. It’s a dream made real by life and cinema and Isaach De Bankolé.