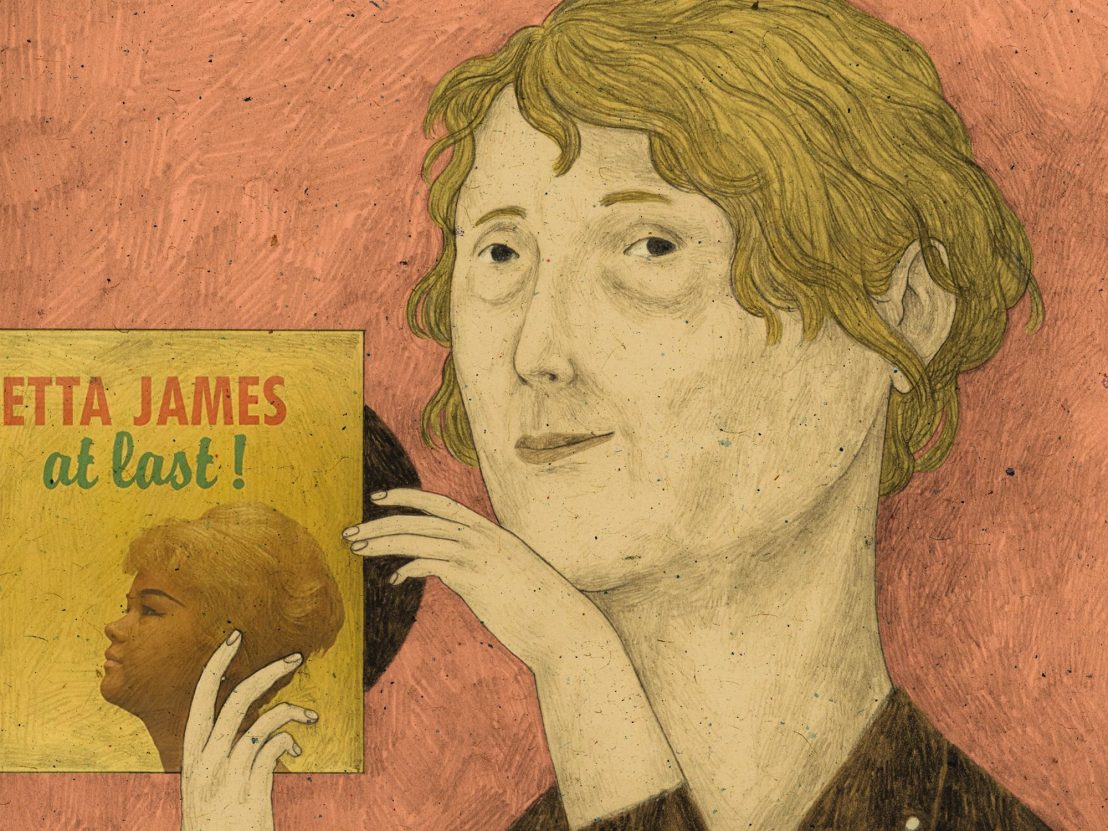 Claire Denis is a doyenne of mood, atmosphere and the movements of the body. Her films often feature memorable dance sequences. The famous finale of 1999’s Beau Travail sees Denis Lavant absolutely lose himself to Corona’s ‘Rhythm of the Night’. Equally joyful abandon exists in 1994’s US Go Home, while a highlight of her latest, Let the Sunshine In, sees Juliette Binoche, eyes closed in a nightclub, swaying to ‘At Last’ by Etta James, her face glowing with private exultation.

Denis likes to write her films with others. Jean-Pol Fargeau co-wrote eight of her 12 fiction features (make that nine once High Life with Robert Pattinson arrives later this year). This time she pursued a collaboration with Christine Angot, a playwright whose short script about a couple breaking up, Voilà l’enchaînement, Denis directed in 2014. Once again, the talents of her longest-term allies – cinematographer Agnès Godard, whom she met on the set of Paris, Texas (on which she worked as assistant director), and actor Alex Descas – are in the mix.

The result is a romcom which doubles as a humanist pearl for the ages. It stars Juliette Binoche as Isabelle and is the role she was born to play. Her freshly divorced, romantically open character has the full force of a performer who has lived with her heart and knows how to express its most subtle inflections.

LWLies: Do you think we are living in a time that lets women tell stories about having many partners?

Denis: No, no. Nothing changed for me except getting older. It was my relationship with Christine [Angot] – we enjoyed the story. It has nothing to do with any sort of synchronicity. This is the kind of thing I never consider. The only time that is good for me is when we have a budget that makes the film doable. That’s it. That’s the right time.

How do you decide that you want to work with a writer? In this case, with Christine.

We worked before together for years. We like each other, we are very different. I like her stuff very much. I made a film already based on a piece of dialogue she wrote about a couple splitting.

When it’s someone new, how do you know if you are willing to take them on as a collaborator?

When I met Christine I never thought I was going to be collaborating with her. As the time went by we realised that we enjoy the same things, we enjoy being together. I never chose her as a collaborator, I chose her as a friend first. Then, when I did make that short film from her dialogue, she was surprised. She said, ‘Oh, it seems you can film my words so easy,’ and I said, ‘Yes, let’s go on’. Collaboration, if it’s not based on something true, doesn’t work so well.

It was initially said that this film was going to be an adaptation of Roland Barthes’ book, ‘Fragments of a Lover’s Discourse’.

There was all sorts of mixed information on the internet. The producer of my movie had also bought the rights to adapt ‘Fragments of a Lover’s Discourse’. He had in mind to do it with maybe 10 different directors, each one a chapter. At some other time he asked me if I would like to work with him. I was expecting to prepare another film so I had a little time free. So I told him, ‘Maybe I can, if you gave me freedom.’ I had just finished the short film with Christine about a couple who are splitting up and wanted to go on with her. Then there was a mix up in the studio and the people in charge of Roland Barthes’ estate asked my producer if they could read the script because they suspected that we stole things from Barthes.

“Someone who has not experienced being hurt by love, for me, is not a real human. They are just a machine, you know.”

After, they said, ‘No, this is a piece of shit, of course the name of Roland Barthes cannot be on that.’ It was very funny, because ever since everyone has asked me and Christine, ‘Is it an adaptation of Roland Barthes?’ I said, ‘No no, please stop.’ But since my first film I always like to build plot out of a block of moments, not to have a real continuity. I love ellipses so I was always working this way, and those blocks could be interpreted as fragments of a life but all my films are a little bit fragmentary. So yeah, in a way there was this connotation.

Do you think that once sex is involved, relationships between the sexes necessarily involve manipulation?

Yes and no. If I take myself as an example it would be easy for me to tell you no. When I love, I love. I am not manipulating. But if I look at my own life or other people’s lives from a certain distance, I can see that in the approach of someone to be loved by someone else there is probably a certain – not manipulation – but a sort of temptation to transform reality a little bit.

How about your profession? Doesn’t the work of a director involve manipulation of the actors and audience?

I don’t agree with that. In films there is a sort of trust, it doesn’t last for a long time but that trust is very important. If I was thinking only for one second that I could manipulate Juliette to be more this or that for the audience… My only strength in directing is trust, and to be completely ready for her and nothing else. That’s what matters for me.

Can you talk about the soundtrack? An Etta James poster is on the wall of Juliette’s house and there is the incredible dance floor scene set to ‘At Last’.

Etta James was the exemplary woman for the film. When I first spoke to Juliette I told her, ‘You have to consider Etta James, what kind of a woman she was.’ She wanted more love – more and more. She would go on stage with a provocative dress. She was asking so much to be loved, to be able to love. Etta James is a real, real loose figure. I always told Juliette, ‘That’s your figure for the film, Etta James’. A special woman. She started singing when she was 12 in cabaret. She is a wild, wild woman screaming for love.

The dialogue seems like a dance, there is not always the perfect answer. Did you work on it with the actors?

There is a strange thing with Christine, we are always looping dialogue. Each character repeats himself as a sort of protection. For instance, Isabelle keeps asking, ‘Okay, but why?’ but then the loop goes back so she is condemned to hear dialogue with no gate to enter.

There is a comment from a gallerist friend to Isabelle that it’s easier to have a relationship with someone from the same social background, which she repeats in the next scene to her working class lover. Is this a line you think is used as an excuse in relationships for when it goes wrong?

No. I think the gallerist is trying his best to discourage her from having an a air with this guy she met in a nightclub in the countryside and he used the meanest way. You know? He said, ‘This guy is not of our milieu’. Isabelle is a painter, not yet very famous, she does not belong to that milieu either. She suffers, in a way, with the group of people she is surrounded by, and she is looking for something free and true. She finds it in that nightclub and then this so-called friend discourages her. You would imagine, because she says no, no, no, no. She is rm, very firm, in front of the gallerist, but then when she is walking home suddenly a fear came up and she calls Sylvain. She says, ‘Sylvain please tell me, tell me’ and she needs the only answer Sylvain cannot give her.

The last scene with Gérard Depardieu is incredible. Did you write the character for him?

No, no, the script was written before. After talking and talking to the producers I described the way I wanted the film to end and I suddenly saw Gérard… He had the power to say this incredible loop of words seriously and deeply, to almost convince her. And he did, as if his body itself was a protection, like a wall, and it’s reassuring. The softness of Gérard is in the extremely delicate way he pronounces certain words. As with the title, what he says is hard to understand. He cannot speak a very elaborate French, he speaks bad, not very educated French. The guy who did the subtitles said, ‘Claire I am afraid they will think I made a mistake on the subtitles.’ But only Gérard could do that. For me it was obvious there was no one else.

He’s in a position of power and he’s trying to manipulate her.

Now he’s a lover down, I thought he was trying to plant the seed that she is open to having him as a lover?

In a way, maybe, yeah. I told Gérard, ‘Try also to convince her that there is an authentic guy, and that’s what she needs.’ But it’s like a guy selling ice cream on the beach, for me, it’s more poignant than manipulative.
His character wouldn’t have been the same without showing him with Valeria Bruni Tedeschi in the previous scene. When we were working on the script I said, ‘If Gérard says yes, I want to add this scene to show a broken hearted guy in complete despair.’

Because he is a real human. Someone who has not experienced being hurt by love, for me, is not a real human. They are just a machine, you know.

Is having love a airs with people helpful for making art?

I think not to have love affairs, not to have love, pain, pain in your heart, means that you are not a very well finished human being. And therefore, maybe you are a very special artist with no art. If you are really a human you have felt this pain once or twice, or maybe 50 times. It means you are alive.

There is an industry conversation about how it’s harder for women to land jobs as they get older.

Me, I am amazed by the beauty of Juliette. I never think about her age. Maybe it’s harder for a woman as they get older yet, so many actresses – Catherine Deneuve, Isabelle Huppert, Juliette Binoche – they prove exactly the opposite. When I took Isabelle to Cameroon when I did White Material, she was like a little girl. I thought I was directing a young girl. It’s terrible to imagine films with only young women. That would be a disaster for me, really. 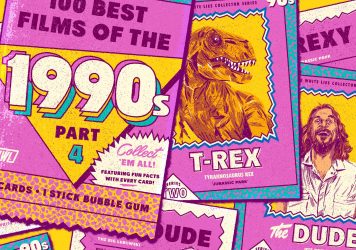 Wes Anderson, Kathryn Bigelow and Wong Kar-wai feature in the final part of our ’90s ranking.