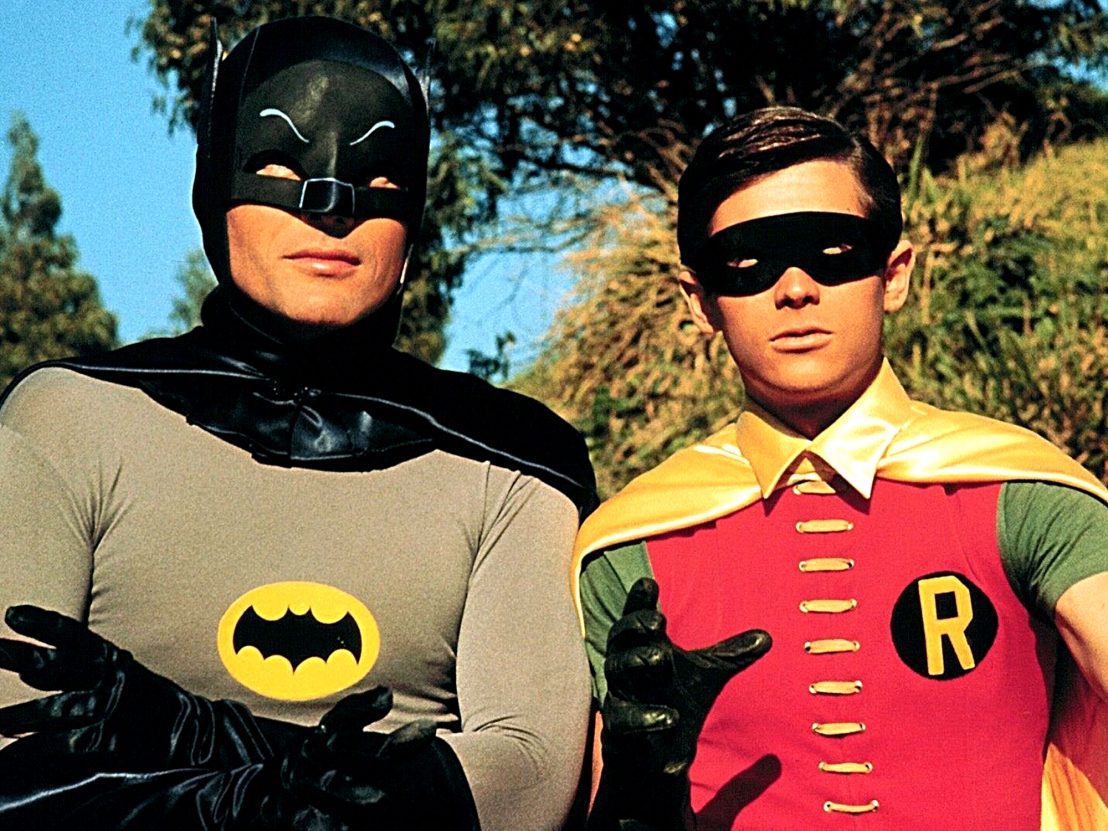 If you’ve seen Batman v Superman: Dawn of Justice your impression of Batman will be as follows: a damaged, paranoid billionaire who attempts to murder those standing against him; a dangerous vigilante who only wears dark colours, has no friends and never goes out before sunset. While that has a certain appeal, 50 years ago, the popular interpretation of Gotham’s saviour looked a lot different.

In 1966, Batman was a star of the small screen thanks to a family-friendly comedy show. This Dark Knight was humorous and dry, carrying out all of his work in broad daylight and never brooding alone in his Batcave. He enjoyed dancing, surfing and other wholesome activities and was always eager to promote good values rather than vigilantism. This positive outlook, combined with dazzling costumes and an upbeat soundtrack, quickly helped the show to become a success. Less than a year later, an big-screen adaptation beckoned. It remains one of the most enjoyable superhero films ever made.

Batman: The Movie follows Batman (Adam West) and Robin (Burt Ward) as they attempt to prevent the criminal intentions of four of their greatest foes – the Joker, the Riddler, Penguin and Catwoman – who have joined forces to form The United Underworld. The evil quartet has stolen an advanced dehydrator that turns humans into dust. They use it to kidnap the United World Organization’s Security Council. It’s a farcical premise but as the film progresses, you realise that it’s not the plot that matters but the jokes.

Let’s start with the lead star. Unlike the two most recent actors to wear the cowl, Ben Affleck and Christian Bale, Adam West is not physically imposing and nor does he adopt a menacing snarl. West’s Batman is not a mastermind or a brute, just a good detective. He relies largely on luck to evade near-death situations (conveniently placed foam, a suicidal porpoise) and the quick thinking of his loyal sidekick to solve a puzzling conundrum.

He has his odd eureka moment but is easily fooled. Yet, West carries all of this in his stride and is never crestfallen, remaining unfazed and calm even when the odds are stacked against him. West is a wooden performer but his genuine warmth and sincerity perfectly serves the preposterous nature of the role. 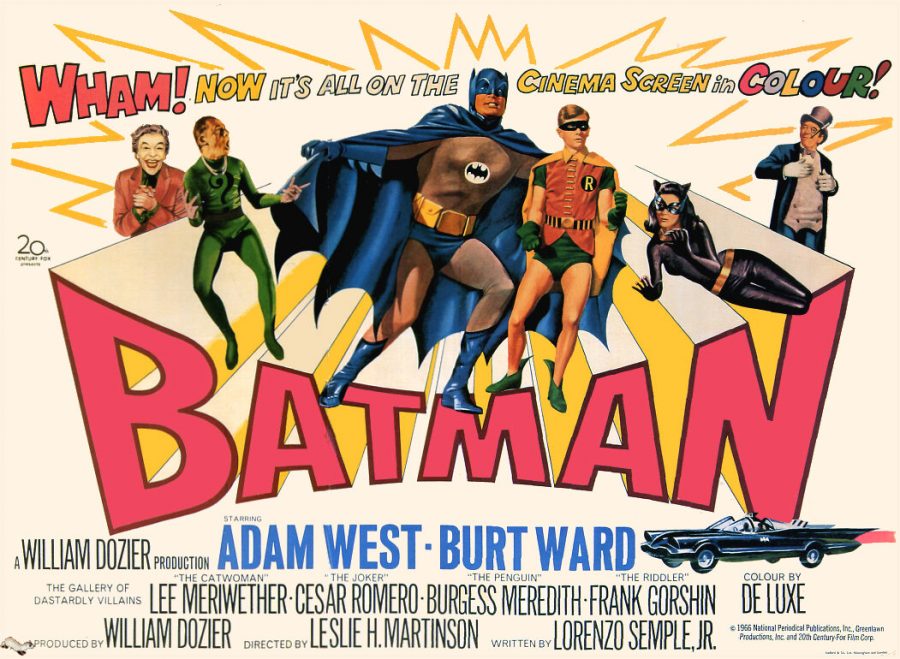 Recent superhero movies such as Deadpool and Guardians of the Galaxy have attempted to subvert the serious notions of comic book protagonists with a multitude of gags, but it’s unlikely they will ever master the surreal subtly of Batman. Subtle jokes like seeing the Batmobile parked in a regular parking bay and the Bat-prefix before every gadget (Bat-Ladder, Shark Repellent Bat-Spray, Compressed Steam Batpole Lift) aren’t exactly groundbreaking, but they are very silly and wonderful in an unnecessary kind of way.

The biggest laugh of the entire movie arrives in the most famous sequence. Batman and Robin break into the villains’ hideout, which is located in the middle of a busy pier. Upon entering the now abandoned location Batman discovers a bomb that is about to explode. Rather than attempt to evacuate the surrounding area, Batman picks up the bomb and frantically searches for a safe place to dispose of it – which proves to be easier said than done. Nuns, babies, a marching band, a kissing couple, even a group of ducks stand in his way. Jokes are repeated several times in the scene, almost to the point of exasperation before finally leading to the immortal line, “Some days, you just can’t get rid of a bomb.”

Sure, this Batman is haphazard and unconventional, but then so is the entire movie. It doesn’t adhere to the fundamental laws of modern comic book movies, which rely heavily on special effects and pulsating action scenes. The brawls in Batman: The Movie have far more in common with the slapstick sensibilities of Laurel and Hardy. Even the climax defies expectations. Instead of Batman duking it out with his enemies, he is forced to conduct a scientific experiment which he is clearly ill-equipped for. In the modern context of formulaic superhero films, these inventive quirks are as satisfying as anything that Marvel or DC have provided in recent years.

In many ways, the film feels like an episode from the series. The sets and all the actors are the same, while the iconic, comic book-inspired onomatopoeic text that appears whenever there is a brawl. That isn’t to its detriment, either. The dedication and enthusiasm that helped make the series a success are present and correct here – only bigger, brighter and a whole lot funnier.

Batman: The Movie also touches on various issues that were troubling the world at the time, namely the Cold War and how Batman and Robin could possibly help out. Half a century on, the world finds itself in equally uncertain times, so what better way to escape those issues than with a man in a cape, solving crimes and cracking very funny gags?