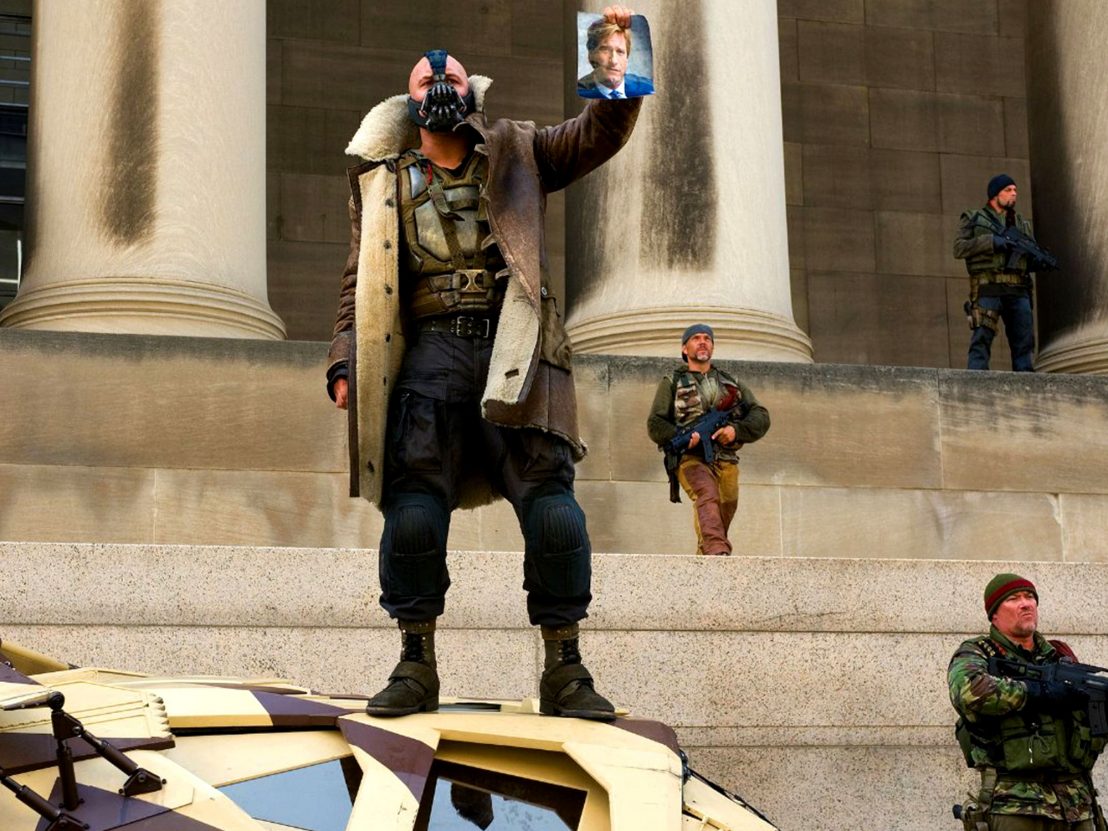 The streets of Gotham are barren and dusted with snow. The buildings are tall and lifeless. This is a metropolis far removed from the high-rise slums of Batman Begins and the dirty skyscrapers of The Dark Knight. Throughout his acclaimed trilogy, director Christopher Nolan has used buildings to chart Batman’s story. The Narrows reflected how Gotham’s poor had been abandoned, and the 2008 sequel’s fetishistic destruction of landmarks and monuments showed the consequences of the war on terror.

In The Dark Knight Rises, Nolan filmed in New York for the first time, and sapping the streets of personality was his was of suggesting the impact that political decisions have on a population. Gotham isn’t allowed to thrive under Bane (Tom Hardy) and the city almost dies because of the muzzled menace’s actions. The Dark Knight’s Bush-Bin Laden parable has been written about countless times before, and that film’s obsession with politics transferred into the second sequel.

Released in 2012, around the time that Obama was mounting his re-election bid, The Dark Knight Rises ties up various loose ends. One such plot point is the changing of the guard. In the Dark Knight, Gordon (Gary Oldman) is appointed Commissioner. The only good cop in the city has been promoted to the highest position of power, and after a rough start, he manages to oversee eight years of relative peace and stability. By having Gordon spend the same amount of time in public office as a two-term president, Nolan is saying that the work done by the person elected to save the day can only be undone by an unpopular successor.

Bane (Tom Hardy) is that successor. He becomes the city’s rogue sheriff after taking it by force. He has (literally) been laying the ground work for a long time, and very few people have bothered to notice let alone take his threat seriously. Bane’s populist rise to power is too forceful, and he easily fends off anyone that opposes him. Gordon is hospitalised, and Batman is trapped in a hole in the ground. Bane’s sudden rise is brutal on the people of Gotham, as he immediately upends the social hierarchy of the city for the greater good. 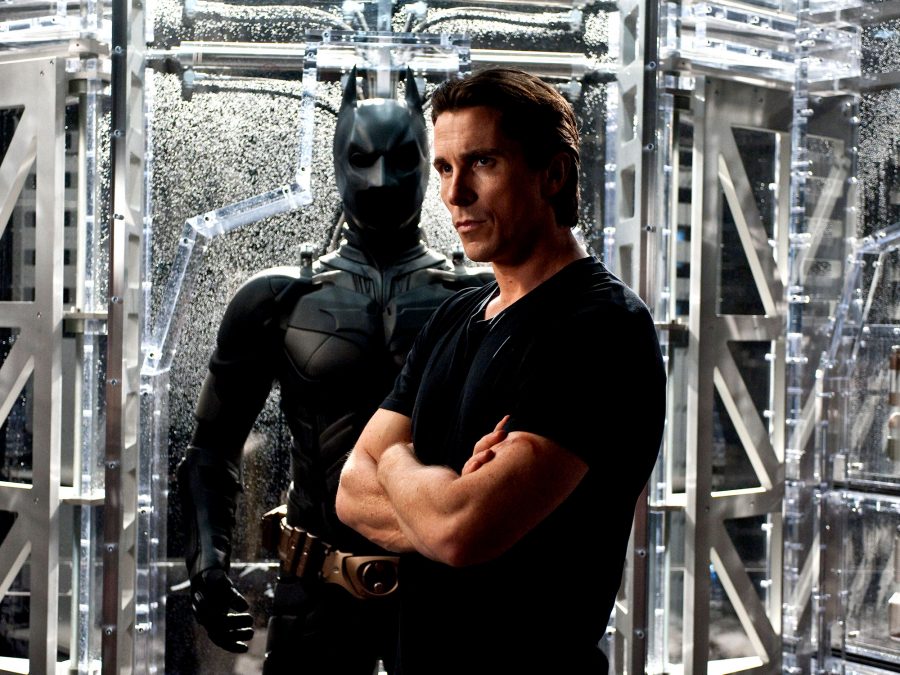 With his weird speaking pattern, he drones on about Gotham’s citizens taking “control of their city”. He purports to be their “liberation”, the strong leader who’s looking out for the little guy. At first, Gotham is all for it; Bane’s wealth distribution policy simply too enticing to ignore. He is creating a fairer world and taking from the Gotham establishment. Bane is the outsider who has caused a storm so big the city’s bigwigs need to batten down their hatches if they wish to survive.

Of course, Bane is a fraud – a tool for certain sections of the elite who has duped the city into believing that he will fix their problems. Bane may remove some of the establishment by forcing them to walk across a thinly frozen river, but the citizen with the nuclear trigger is one of Gotham’s extremist elites. Bane is revealed to be the face of someone else’s agenda, and he has no qualms about the amount of destruction he will cause to achieve their aims.

With Bane, Nolan posits that the politicians who pretend to help the people are only in it for the gain of a privileged few, that morality is a thing of the past. The person who comes after peace will create war. The inclusion of the Scarecrow (Cillian Murphy) harkens back to Batman and Gordon’s beginning while indicating the fallacy of faux-politicians like Bane, for a scarecrow is always less than it seems.

In all dictatorships, however, there is always hope. Batman and Gordon are allowed to rise again. When the film was released some critics saw it as a right-wing wet dream, as Batman, a One Percenter, saved Gotham. Incidentally, the current president-elect of the United States reviewed the film for his YouTube channel (spoiler: he liked it). But Nolan’s movie is really more centrist than it initially appears. Gotham’s citizens, in order to overcome an unqualified maniac, must put their faith in the establishment. Bruce Wayne may be trapped down a hole, but he might as well be walking in the woods being stopped for selfies. In Nolan’s pseudo-realistic world, the establishment figures who put Bane in power and are the only people who can stop him. It is the person in the middle, whose views are not all that extreme, that can restore balance to the city.

This notion of renewed faith in the establishment is reinforced through Batman’s relationship with Gotham’s police force. Bruce becomes Batman because the police are too corrupt and Gotham’s elites need “dramatic examples to shake them out of apathy.” In the Dark Knight Rises, the police symbolise the establishment. Foley (Matthew Modine) wears an archaic uniform and chases Batman because it is the easy thing to do. In the end, a giant bat-symbol on the bridge is a dramatic enough event to wake him out of his slumber. The symbol not only gives him hope, it mobilises him. Nolan pins real-world issues to his comic book material and the election of a demagogue is enough to shake the elites out of their reverie.

Nolan’s trilogy is often accused of being too cynical, but as it draws to a spectacular close, the populist monster has been vanquished. As Joseph Gordon-Levitt’s rookie cop ascends the bat-platform, it is clear that hope is on the other side. What Nolan is telling us is that the night is darkest before the dawn, and the dawn is nearly here. For now, after eight years of relative calm, we better get ready for a fight.