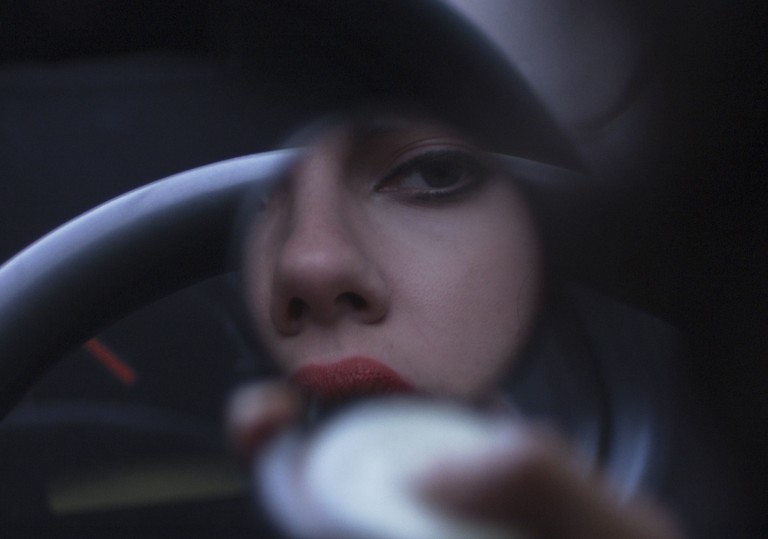 It's been 10 years since Jonathan Glazer last made a feature film.

With its 2001: A Space Odyssey visuals and driving orchestral score, Under the Skin will put you under its spell.

Few films will linger with you like this one does.

One of the most stunning, traumatising moments of morbidity in Under the Skin has nothing to do with Venus flytrap aliens, but with the wretchedness of Scottish weather. What starts out as a sunny day on a beach for a picnicking couple with baby in tow results in four deaths: after their dog gets caught up in the current, the wife tries to rescue it, but gets caught in the current herself as the wind suddenly picks up. Her husband sees her distress, and jumps in too. He fares no better.

A Czech tourist (who briefly flirts with Scarlett Johannsson, our murderous protagonist) manages with tremendous effort to drag the husband back to shore, but he immediately turns back around in pursuit of the wife. While the tourist lies on the beach recovering from the struggle, Johannsson – who has blankly witnessed all of this from about five metres away – saunters over and bashes his head in with a rock, then drags his corpse across the rocky beach back to her van. The couple’s baby, too small to stand, can only scream against the crashing waves at the prospect of being abandoned; later that night, the baby cries no less intensely as Johannsson’s assistant (Jeremy McWilliams, who is simply known as “The Bad Man”) returns to pick up the towels they left behind.

How quickly this disaster escalates. Its icy matter-of-factness, and Johannsson’s transformation from calculating, idle voyeur to clever opportunist, is emblematic of the film at large. Atmosphere wins out over explication or intricate plotting. Favouring visceral abstractions and sumptuous images which hark back to the best of his “weird” mid-’90s music videos, Under the Skin also shies away from a traditional three-act structure, existing in two parts, the first of which is an extended social experiment. Tooling around Glasgow in her white Transit van, her “useful” encounters, which result in taking a male victim back to her place for what can be best described as “depulping”, are outnumbered by polite chats that go nowhere in particular. Only the most laddish, tats ’n’ six-pack abs boys actually flirt back.

This narcissism is evident in the means of their destruction. The pitch-black interior of her lair is slightly reflective and, as she strips off her clothes, they proudly follow behind her, as if they were strutting down a catwalk, oblivious to the fate that awaits them just a few feet ahead. Of course, this stage wouldn’t have been possible unless Johannsson hadn’t traded in the benefits of a three-point lighting system and PhotoShop for a crunchy black wig and red lipstick. She is a movie star with above-average looks, but here she’s required to go unnoticed in Glasgow’s shopping district and slip away silently from too-obvious a crime. She’s also brave enough to invite complete strangers into her van.

It’s these questions of perceiving and developing a sense of self and how women exist in Western society that shifts the story into a different gear. After picking up a man who escapes from her clutches, she takes a long look in a mirror, and then runs away to a remote town in the Highlands. No longer burdened by the need to hunt or engage in small talk, she takes small steps to understand humanity, and subsequently experiences the heights of human kindness and love and the worst of human violence and cruelty.

Whether or not her departure from Glasgow is motivated by remorse, boredom, curiosity or capriciousness remains unclear, for Under the Skin operates under the assumption that even if a lion could talk, we could not understand what she said. These semi-Lacanian “mirror phase” moments, where she further explores her body, neither fully human nor alien, don’t feel sensual, humorous or clinical. She is still simply trying to process her experiences, unable to yet articulate a hypothesis. Though the film’s dominant themes are loneliness and tension, its concluding note is one of frustrated existential incompleteness: whatever she was moving towards is prematurely snatched away, if it ever could’ve been reached at all.

The spectrum of human behaviour is studied through a series of small, silent moments in these latter scenes – fiddling with the radio knob while washing the dishes or eating a piece of cake. The beauty of these asides only intensifies in contrast to the abstract visual effects and fantastical moments. Mica Levi’s orchestral score, full of shrieking glissandos and two-step beats, forms a singularity between international art house and big budget science-fiction fare. Perhaps it’s because some audiences are unable or unwilling to make sense of something that invests so much in visual storytelling, but it’s a shame there aren’t more films like this.

It's been 10 years since Jonathan Glazer last made a feature film.

With its 2001: A Space Odyssey visuals and driving orchestral score, Under the Skin will put you under its spell.

Few films will linger with you like this one does. 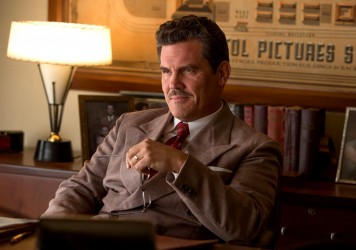 Joel and Ethan Coen’s will have its world premiere at the Berlinale on 11 February. 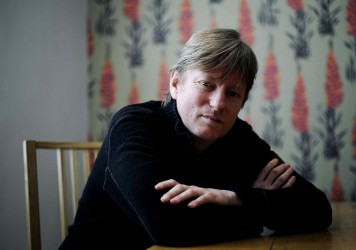