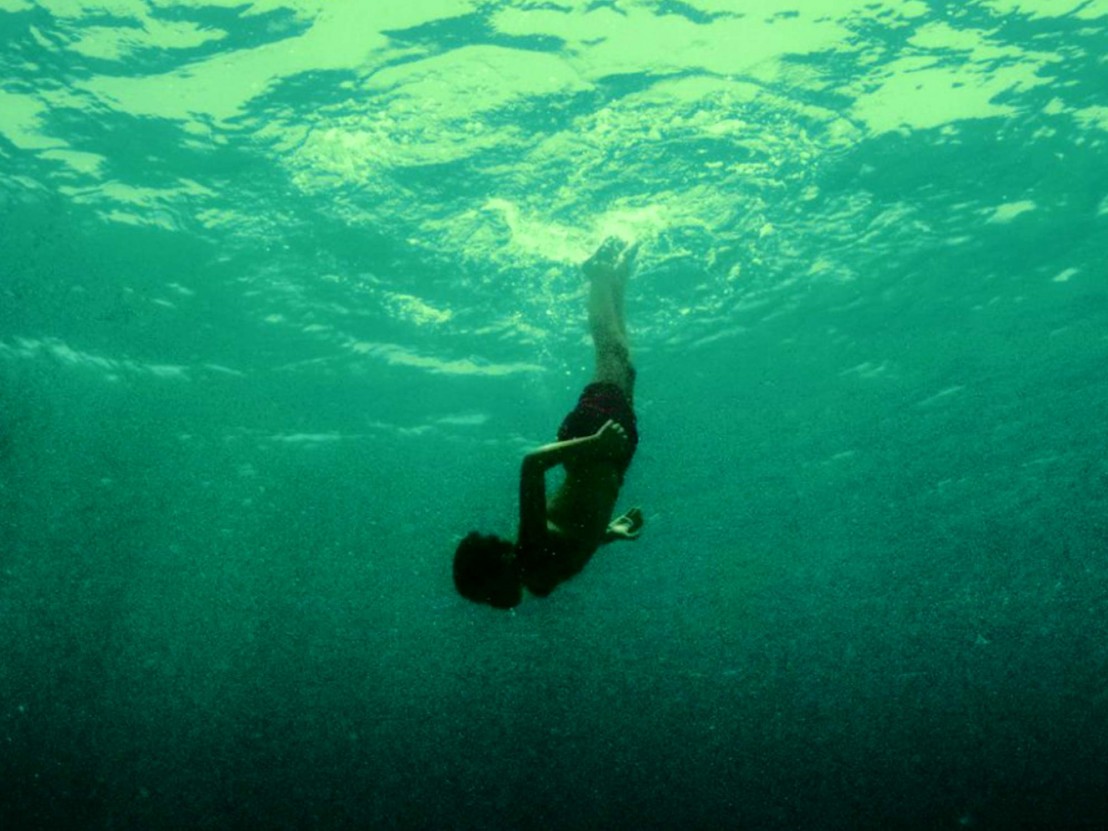 Sharing its alien DNA with the likes of Shane Carruth’s Upstream Color and Jonathan Glazer’s Under the Skin while also laying bold claim to being an entirely new cinematic specifies in and of itself, Lucile Hadžihalilović’s triumphant return to cinema following a near 12-year absence is a film which wantonly drives of direct readings.

It’s a horror movie in a loose sense, shorn of all context (and containing barely a line of dialogue) so events play out inside a shimmering, sui generis bubble, inviting interpretations that could range from a combative essay on ways in which women could feasibly pass on physical burden of bearing children, to an oblique, poetic metaphor for the birthing process itself.

The title along with the film’s focus on experimental surgery suggest that it’s touching on what a physical intervention in the evolutionary process could look like, replete with filthy specimen jars containing mysterious hunks of suppurating tissue, syringes full of cloudy viscous fluid, and prison-like birthing tanks.

In Hadžihalilović’s very similar previous film, Innocence, from 2004, the images she offered coalesced too neatly into a simple, cynical statement about female exploitation and sexuality. This film avoids such sermonising, asking new questions and exploring new angles with every subsequent sequence, right up to a breathtaking final shot which abruptly turns everything we’ve seen on its head.

The story follows Max Brebant’s spindly pip squeak Nicolas who is fed a mulch of worms and forced to take a special “medicine” by his swaddling “mother”. Living in a comically austere concrete village situated on a black-sanded seafront, his paranoia is piqued one day when he spies the corpse of a similarly-aged boy at the bottom of the sea, a big red star fish attached to his rotting chest cavity. His mother assures that his mind was playing tricks with him, and even though defenceless against her relentless insistence that he’s being cured of an undefined illness, Nicolas now wants to discover what these dead-eyed captors really have in store for him.

The film displays a fascination with what goes on inside our bodies and how our organs and genetic make-up can be manipulated at will, and the film’s few close-up shots comprise of scalpels slicing across arms and legs, or needles puncturing the skin. Gruesome and austere though this all this sounds, Hadžihalilović’s film never descends to base shocks or hysterical twists, and even though what she’s filming could be described as conventionally ugly (everything is rusty, water-damaged, distressed, dirty), every shot is a marvel of macabre beauty. Even though it runs at a trim 80 minutes, you really feel that the director has sunk incredible amounts of time and resource into making sure that ever frame is totally precise and adds to the heady overall effect, that no extraneous material is allowed to contaminate its sinister perfection.

One reading of Evolution is that it’s a re-rendering of a classic fairytale, produced with bold overtures towards medical accuracy. Hadžihalilović is digging up the corpses of Lewis Carroll, the brothers Grimm and Hans Christian Anderson, chopping them to pieces and then stitching them back as a grotesque film sculpture, but also adding her own distinctive and progressive sheen.