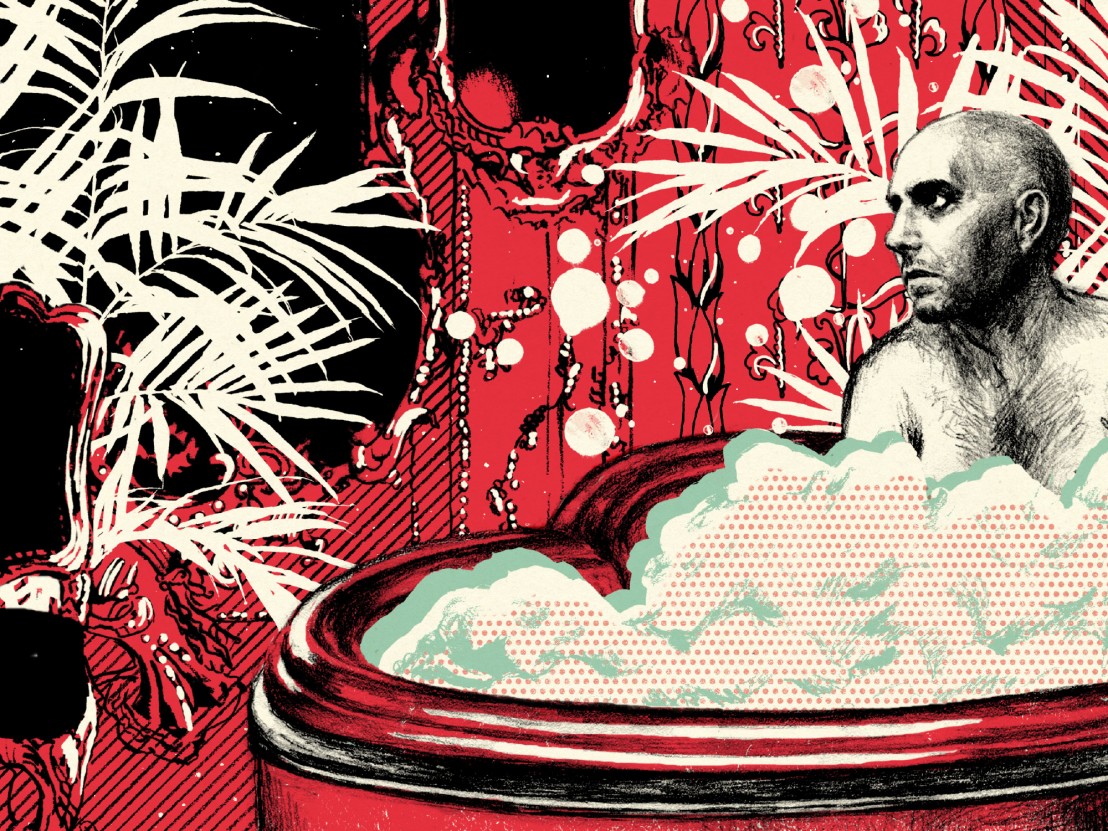 It seems like a happy coincidence (or maybe it was simply meant to be?) that LWLies and Gaspar Noé should come together to talk about Love – in the City of Love, no less – at a time when another deeply passionate, somewhat controversial romantic epic is vying for our attention. Not that Todd Haynes’ Carol and Noé’s 3D sex odyssey have all that much in common. On a crisp, sunny morning in September the writer/director shared his personal views on life, love and movies.

“Originally I had written a treatment under the title ‘Danger’, and I wanted to do it before Irréversible. I got together whatever money I had at the time, which was not a lot, and tried to shoot as much as I could. Then I ran into Vincent Cassel in a club and he said he and Monica [Bellucci] were free that summer, but he didn’t realise how much full frontal nudity was in the script. The day before we started shooting Vincent called me and said they couldn’t do the movie because the only thing they as a couple had left was their intimacy. Of course I had to respect their privacy, but we had the money and I was going to make a movie, so in one second I said, ‘Let’s make a rape revenge movie told backwards instead.’”

“When I was 15 I remember seeing images of Sylvia Kristel in Emmanuelle and that had such a huge impact on me. I became obsessed with Sylvia Kristel, I wanted one day to date a girl who looked like her. And then I saw Maud Adams in Octopussy. I saw that movie like six times, not because I care about James Bond – for me he was invisible – I just thought Maud Adams was so damn sexy.”

“In real life when you’re having sex you’re not watching the genitals, you’re watching the mouth or the neck of the other person. I shot Love in this way, with these kinds of close-ups, because that’s how we remember our formative sexual experiences.”

“In France people are far more concerned with sex than money. It’s a status thing. When you go to an American film festival, people ask you how much it cost, how much did it gross, whereas in France it’s all about who fucking who.”

“About three few years ago they started selling 3D home video cameras that you could link to your TV at home. It was around the time that my mother got very sick and before she died I filmed her a lot in 3D. When I watched the images back it was very shocking, it felt like she was in the box, like the TV had become a casket. There was something creepy but very touching about those images. It was then I knew I wanted to make a movie in 3D. And I wanted to shoot a cumshot because I thought it would be funny in 3D.”

“Each time I get a bad review I google the name of the writer. I had an awful review in Variety, like two pages of insults, and I googled his name and saw a photo of him, with his asexual face and a bowtie… That’s exactly the kind of guy I would never talk to. I noticed the older male critics seem to dislike this movie a lot more than the female critics. I don’t know why, maybe the male reviewers think they’re competing with the young strong dick of the male character.”

“I recently got this book about psychosis, which describes all the kinds of psychosis a person can have. I know that I can be paranoid, which is why I don’t like smoking marijuana, because it makes you paranoid, but I discovered that my creative pattern is mostly manic obsessive. That seems to be the best way to describe my approach to making movies, because when I commit to script or a project I very quickly become obsessed. I want to make a movie about the horror of religion, which will maybe be like Pasolini’s Salò, so right now I’m obsessed with that idea.”