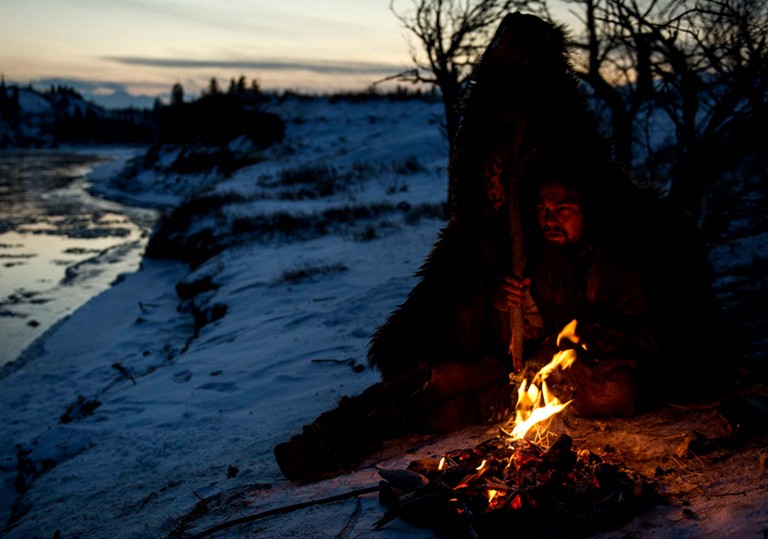 This is our kind of event movie.

Iñárritu’s opus sears itself into your subconscious with unflinching intent.

Two acts of bloody retribution bookend The Revenant: to the west, Pawnee Indians lay siege to a camp of American fur trappers, each true arrow carried by a chilling tribal battle cry; to the east, two men lay prone on the claret-stained snow following a brutal tussle, their heavy groans and gritted teeth the only discernible signs of life.

Alejandro González Iñárritu’s punishing frontier western, based in part on Michael Punke’s 2002 account of the life of Hugh Glass (played with grizzled gusto by Leonardo DiCaprio), transports us to a time and place where everyone and everything is in a constant state of redemption. Crucially, though, the sins committed by Glass and his cohorts – namely Tom Hardy’s redneck mercenary, John Fitzgerald, Domhnall Gleeson’s easily cowed expedition leader, Andrew Henry, and Will Poulter’s gutless greenhorn, Jim Bridger – are not sins against a higher power but against humanity.

Spirituality is explored to a superficial degree here, but enough to establish a fundamental disconnect between those who respect nature (and by extension humanity) and those seeking only to exploit it. One man appears to bridge this gap: Glass. Via a series of Malickian flashbacks we learn that some years ago our intrepid guide had a son by an unnamed Pawnee woman. While she is conspicuous through her absence, a now teenage Hawk (Forrest Goodluck) bears severe facial scars which paint a tragic picture of the life he and his father have left behind.

After a fateful encounter with a mother bear – a thrillingly choreographed scene that rivals the cuticle-stripping tension of the game of Russian Roulette in The Deer Hunter – Glass suddenly finds himself unable to protect his own cub. What happens next sets him on a dangerous new course where salvation is eventually earned not by a show of faith but a small gesture of human kindness.

Unsurprisingly, absolution is not forthcoming in the backwoods of the civilised world. There is no sanctuary in prayer or proverb, no penance and no pathos. Only chaos and fury. As such, despite the connotations of the film’s title, at no point does Glass’ odyssey become tantamount to a religious experience. Rather, his myth is spun in the grand American tradition of Jesse James, Jim Bowie and other timeless folk heroes – the major difference being that Glass achieved only modest celebrity in his own lifetime.

What makes this particular legend so enthralling is the visceral simplicity of the storytelling (with the help of co-writer Mark L Smith, this is Iñárritu’s tightest screenplay to date). Glass is an enigma, yet the reason so little of his backstory is divulged is not because he has something to hide, but because his arc is one of regression instead of transformation. (DiCaprio’s astonishingly committed performance is essentially an extended reprise of the ‘Lemmon ludes’ scene in The Wolf of Wall Street.) For all the distance he covers, for everything he is forced to endure, it’s telling that Glass’ journey ends the same way it began: with both a bang and a whimper. 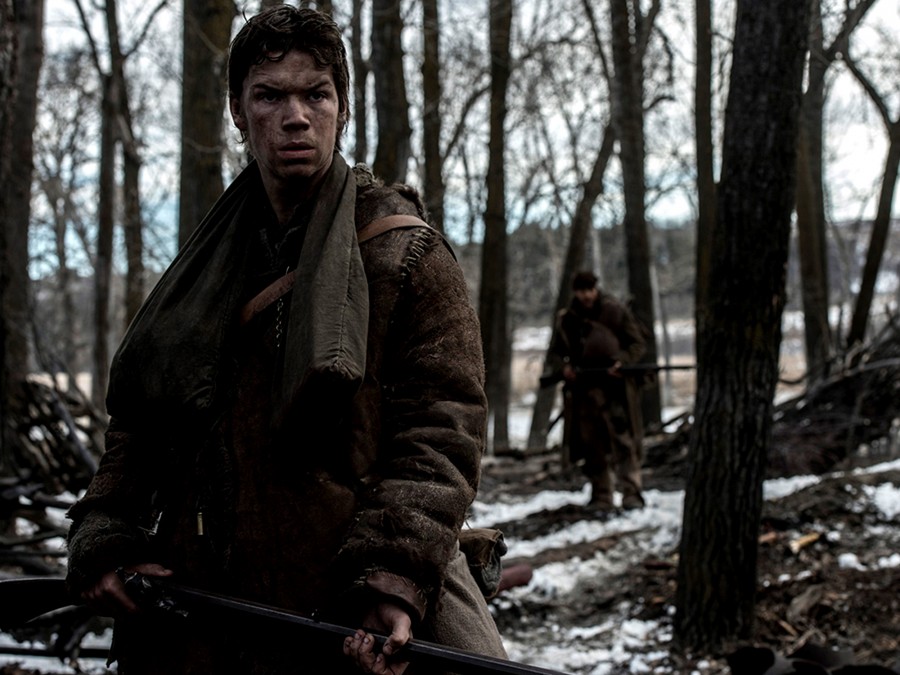 If The Revenant is Iñárritu’s ‘Heart of Darkness’, then Glass is Charles Marlow and Kurtz rolled into one – fear and obsession by turns the watchwords of his literal voyage upriver and his steady descent into madness. In this hostile environment, where subzero conditions pose as great a threat as any man or beast, Glass faces a succession of worst-case scenarios that would make Bear Grylls baulk. But just as the life-threatening physical injuries sustained during that grizzly attack significantly impede Glass, the psychological wounds inflicted by another adversary strengthen his will to survive.

When he’s not evading Pawnee trackers or battling the elements, Glass does his best to conserve energy and collect his thoughts. Yet while primitive acts like foraging for food and building fires are carried out with mechanical precision and a semblance of mental clarity, his inability to repress an even cruder impulse is symptomatic of an irreparably damaged psyche. The sight of Glass draped in his putrid trophy pelt incessantly muttering the name of his tormentor – or else scratching it into the frozen earth – is the film’s most haunting image.

How much we invest in Glass’ story is ultimately a question of empathy. Because while the grief associated with the loss of a loved one is something everyone can relate to on some level, Glass’ irrepressible urge to exact terrible vengeance on an equally flawed (but not necessarily inherently evil) individual is by no means a universal human trait. This white-knuckle old world epic is first and foremost a testament to technical artistry – take a bow DoP Emmanuel Lubezki, production designer Jack Fisk, editor Stephen Mirrione, composer Ryûichi Sakamoto – that consciously avoids engaging in the morality of revenge and is a better film for it. At 156 minutes, The Revenant is also an unavoidably gruelling spectacle that very nearly buckles under the weight of its cinematic ambition. (The fact it came in over budget and over schedule is little more than a curious footnote.)

That said, although the film’s attempts to deconstruct the human condition often feel as cold and remote as its frostbitten Great Plains setting, it does succeed in revealing some basic truths about the healing process and how the deepest cuts don’t bleed. The Revenant may not land a decisive emotional blow, but the all-consuming nature of its chief protagonist’s anguish makes this Iñárritu’s most singularly affecting work.

This is our kind of event movie.

Iñárritu’s opus sears itself into your subconscious with unflinching intent.