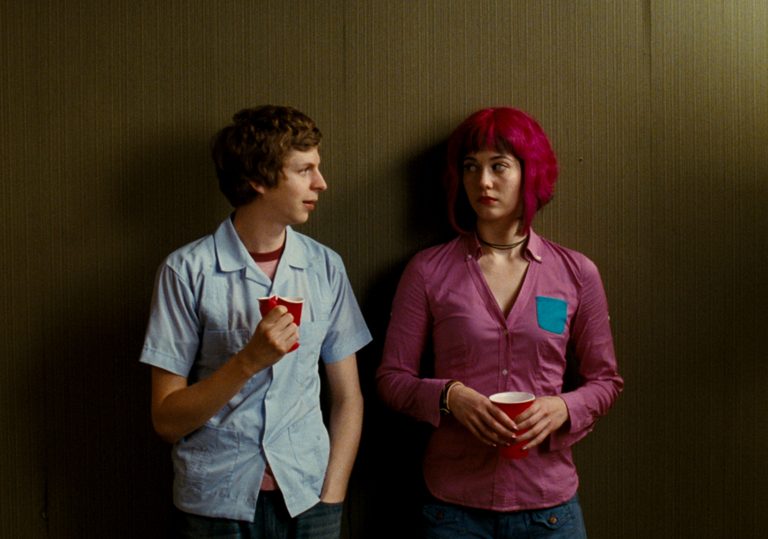 Britain’s best young director makes his first US film, and it looks killer.

A wild sugar rush ride that’s so utterly of its time that it’s actually difficult to process objectively.

Edgar Wright’s adaptation of Bryan Lee O’Malley’s comic-book series isn’t perfect, but it exudes the telltale energy of a watershed moment in cinema. Here, on screen, in this electric explosion of videogame imagery, the PlayStation Generation has come of age.

Scott Pilgrim – geek, slacker, egotist, fool – is also a prophet of change. The touchstones of cinema are giving way to a new era; an era in which the bric-a-brac of our twenty-first century lives can no longer be denied their place. Scott Pilgrim is furiously, hyperactively unreal, but in its appreciation of what matters to us now, of how we have been shaped, guided and reborn by technology, it is more intimately connected to the reality of life as we know it than any of its contemporaries.

Director Edgar Wright has triumphantly recalled Pauline Kael’s conviction that junk culture is culture. Scott Pilgrim is a psychedelic 8-bit trip through the mind of a gamer. It is a mind forged by Streetfighter 2 and Sonic the Hedgehog, a solipsistic daydream where love is something that must literally be fought for.

As Scott (played by Michael Cera) overcomes the seven evil exes of girlfriend Ramona Flowers (Mary Elizabeth Winstead) in a series of extraordinary battles, the film gradually untethers itself from the strictures of cinema, and assumes the structure, speed and vitality of a game – levelling up through a series of challenges rather than progressing down a narrative path. And as it does so, Wright dresses the film in the cheery visuals of both games and comics: power meters, one-ups and biff-bash-bosh sound effects.

For although Scott Pilgrim is a hyperactive feast, its greatest strength is its studied literalism. By refusing to offer a nod and a wink to the audience as Scott performs gravity-defying kung-fu, Wright displays an admirable courage in his aesthetic convictions. This is his world – deal with it. For all that he throws a bewildering array of effects at the screen, none of them offers an escape hatch. Scott Pilgrim takes us remorselessly beyond our comfort zone, speaking to us – indeed, shouting at us – in a new cinematic language.

And yes, at times it becomes too much. If this is the future, some people will be appalled. Scott Pilgrim is a relentless experience in which the few quiet moments are crowded out by the film’s general air of noisy enthusiasm. That is a consequence of its ambition. What Wright is attempting here is so new, and the excitement so palpable, that it occasionally overwhelms the film’s focus. The aesthetic will mature, but Scott Pilgrim is a cinematic adolescent, awkwardly testing the limits of its new form.

Whether or not Scott Pilgrim augurs a lasting change is open to debate. There’s plenty of evidence from the US box office to suggest that it hasn’t connected with a mainstream audience. But that isn’t really the point. The success of a film like this isn’t about numbers or statistics. It’s about developing a new sensibility. It’s about a generational shift. And it should be divisive. There are lines being drawn. The past is on one side; the future is on the other. Where would you rather be?

Britain’s best young director makes his first US film, and it looks killer.

A wild sugar rush ride that’s so utterly of its time that it’s actually difficult to process objectively. 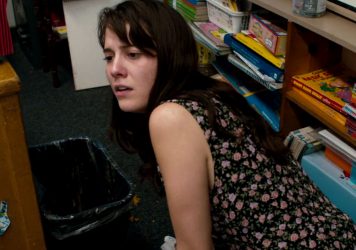 The Smashed star talks us through the fine art of getting half-cut on camera.