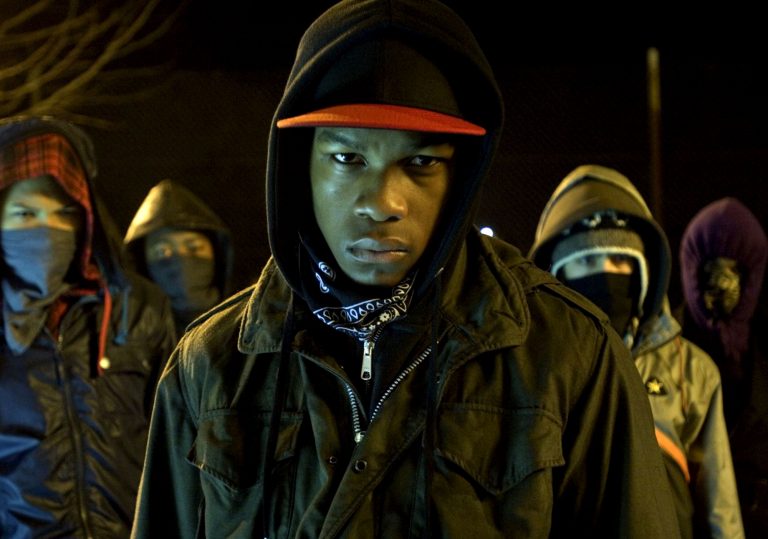 Joe Cornish is a cult hero from his TV days, but he’s also part of a new British film scene that’s set to take over Hollywood.

Destined for a long life on DVD shelves. Introduce people to this film and they’ll love you forever.

First came the ad men – Parker, Scott, Lyne – with their shimmering reflection of the 1980s: dazzling, opulent, American movies that put Britain on the map in Hollywood. Then came the television directors – Winterbottom, Greengrass, Yates – the mainstream mavericks reshaping the new century with subversive and paranoid blockbusters.

Now it’s the turn of a new generation – the pop-culture kids raised on videogames and Star Wars, the arrested developers who lost their shit to George Lucas and never got it back.

They grew up with E.T. and The Goonies, Marty McFly and Ghostbusters. Hollywood may have been a galaxy far, far away, but they absorbed the impact and imagery of American filmmaking and assimilated it into a new kind of international British cinema. The likes of Matthew Vaughn and Edgar Wright have taken genres that weren’t considered part of our filmmaking identity and refashioned them into something quintessentially British.

Now Joe Cornish has joined the gang – and in style. It’s not as bold as Scott Pilgrim, nor as brazen as Kick-Ass, but Attack the Block is a triumphant fusion of British values and Hollywood magic.

Ever since War of the Worlds was relocated from Croydon to California for Byron Haskin’s 1953 adaptation, Britain has sacrificed science-fiction spectacle to concentrate on the genre’s existential outer limits. Aliens invaded more meaningful places while Blighty sat back and watched. But not any more.

From the moment Attack the Block announces itself with a crane shot of Oval tube station it is anchored by an unmistakably British milieu. From here we follow trainee nurse, Sam (Jodie Whittaker), as she makes her way home through the kind of unlit streets that will be instantly familiar to any south Londoner. On one of these streets, close to the estate where she lives, Sam is stopped by a gang of hoodies and, in another scene that will be familiar to many, is ‘merked’ for her wallet and ring.

Just as your heart sinks at the tone of gritty urban realism, a fireball explodes, an alien appears, a beat-down follows and a full on invasion kicks off. As nightmare visions of iridescent teeth and gut-knotting growls come looking for blood, the hoodies – Pest (Alex Esmail), Dennis (Franz Drameh), Jerome (Leeon Jones), Biggz (Simon Howard) and ringleader Moses (John Boyega) – retreat to the block and prepare to fight for their lives.

It’s inner city versus outer space, but it’s more than that, too. It’s idealism, ambition and audacity versus the can’t-do parochialism of British-funded film. It’s Cornish versus the cynics. The result? Bare slewage.

Actually, the fight was rigged. Cornish is a first time director, but he’s not straight off the bus. He cut his teeth as the co-creator of Channel 4’s Adam and Joe Show before pitching up in Hollywood as one of three British writers on Spielberg and Jackson’s Tintin. With those kind of friends it’s no surprise that Attack the Block is slick, smart and full of geek-friendly nods and winks. But where it really makes a mark is in realising the hidden potential of the genre.

The gang’s reaction to first contact is a superbly orchestrated and darkly comic riposte to Close Encounters. There are no flashing lights, no François Truffaut. “It’s raining monkeys!” shouts Jerome. They’re not interested in social allegory – these aren’t aliens as asylum seekers, “They’re fucking monsters,” says Biggz. “Bare aliens,” agrees Moses. “Let’s get tooled up!” concludes Pest. It’s in this collision between the enormity of the event and the simplicity of the response that Cornish locates many of the film’s best moments.

That these moments work is due in no small part to the cast – mostly non-professional first-timers themselves.They helped Cornish develop the dialogue, an inscrutable south London vernacular that’ll need subtitles in some parts of Britain, never mind the US. It’s peppered with references to Call of Duty, rap music and exactly the kind of movie they’re in, blurring the already fuzzy boundaries between the recognisable and the unthinkable. The effect is like seeing the film’s own audience up on screen, not just playing along but playing a part.

Attack the Block may be scarcely 90 minutes long, but if there’s one thing Cornish has learned from Spielberg it’s to use action as character. Yet there’s a subtle development of personality, too. At first, the gang are little more than sketches. And why not? You think you know these people from a thousand headlines. “They’re fucking animals,” as one old lady puts it.

But as they’re shaded, real people emerge – characters worth caring about because they go beyond the clichés.The sympathy and affection that the director has developed for them is unmistakable, and as the film takes a sharp turn from comic to horrific, you’ll find yourself nervously willing them through. Because none of them are safe – as Moses is reminded, “Everywhere you go, bad things happen.” Cornish has cited An American Werewolf in London as an inspiration, and he earns comparisons to John Landis’ film through blood as well as laughs.

Like AmericanWerewolf, there are stabs at satire – “She’s a nurse, they don’t get paid nuffin’,” Pest complains to Moses when they find Sam’s hospitalID. But other efforts at infusing the film with a political subtext are more even, with the kids’ easy access to knives a particular sticking point.

Later, though, Pest will convincingly explain to Sam why they’re able to take events in their stride – walking around in fear of your life is like any other day on the block. At one point, Moses suggests that the aliens are a weapon introduced by the government to wipe out black boys, but just when you think that Cornish is getting carried away, the rest of the gang burst into laughter.

The most important character of all is the block itself. Lit from above and shot from below, it’s the most alien element of the film. To the people who live there, it’s more than just a place; it’s an idea, a symbol of safety, security and home. However ambivalent the residents themselves are to those concepts, it’s an extended family and tribal bond; the only time the boys show any remorse is after they realise Sam lives there too – that she is, however tenuously, one of them.

But Cornish never quite injects the block with enough personality. As a cinematic space it feels underused – strangely sterile and empty where it should bloom with life to invest the alien threat with its proper dramatic impact. The few people who do inhabit it are movie stereotypes – drug dealers, gangsters and comic white boys – rather than the flesh and blood people who could have invested it with real feeling.

And yet personality is the thing that Attack the Block has in spades. Cornish has successfully channelled some of that Spielberg stardust to create a film whose roots are impossibly exotic even while the action is tantalisingly close to home. It exudes a sense of destiny, of irresistible energy.

As a filmmaker, Cornish isn’t yet in the same league as friend and exec-producer Edgar Wright, but alongside Wright, Vaughn, Duncan Jones and Gareth Edwards, he’s part of the bright future of genre filmmaking in Britain.

Joe Cornish is a cult hero from his TV days, but he’s also part of a new British film scene that’s set to take over Hollywood.

Destined for a long life on DVD shelves. Introduce people to this film and they’ll love you forever. 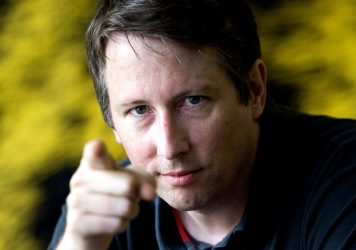 Joe Cornish is back with a fantasy action-adventure film

The Attack the Block director is readying his second feature, The Kid Who Would Be King.