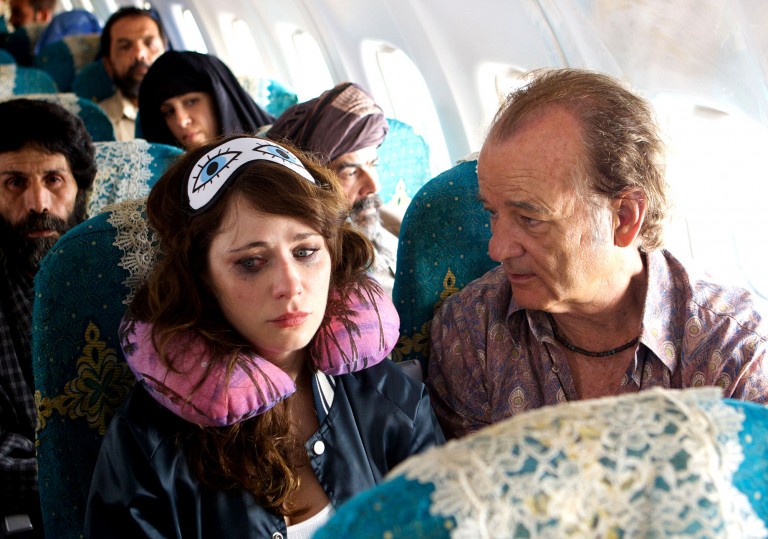 Lambasted upon its US release.

Hard to understand how films like this are still being made.

This turgid Afghan-based comedy will leave you wondered if Bill Murray will ever star in a good movie again.

Barry Levinson is one of those names you just remember. He’s made lots of movies and dines out on his long and storied time in the business. But here’s a question for you: could you actually name one of the movies he’s directed? Just one. Clock’s ticking… nearly done… and you’re out of time. No, he doesn’t make memorable movies, and the execrable Rock the Kasbah is another one to toss on the celluloid slag heap.

It’s a film about conservative attitudes and violence in post-Taliban Afghanistan, all channelled through the wacky exploits of a middle-aged white doofus. Bill Murray, who not only need to get rid of his agent but needs to fire him/her into the sun, stars as Richie Lanz, slippery, all-talk music manager to the stars who has lots of juicy anecdotes but no tangible evidence of his star-spangled status. With his business at rock bottom, he decides to take his only client – Zooey Deschanel’s jumped-up lounge singer Ronnie – on tour in Afghanistan. Within about 15 mins of the movie starting, Zooey’s legged it, never to be seen again. Good for her.

This leaves Richie to dawdle about aimlessly for… about an hour. When the story actually kicks in, the film’s hero is revealed: a local villager (Leem Lubany’s Salima) with the voice of an angel who, with the right management, could make it all the way on light entertainment TV spectacular Afghan Star. Bonus: she would also be the show’s first female contestant. So the film develops from aimless, unfunny sketches to a sentimental, must-win competition narrative.

The actual story here is subsumed by the need to focus on a white, western version of events, which just happens to be extremely boring. Levinson leans far too heavily on Murray’s natural hepcat abilities, but without the material to drive it forward, the film at times looks like some kind of unfortunate holiday video. The moral of this story is that the people of Afghanistan are able to overlook outdated taboos within their society, rebel agains patriarchy and make sure that people with talent receive their plaudits. In the end, honest-to-goodness quality wins out and insipid bunk is swept by the wayside. Rock the Kasbah tanked spectacularly when it was released in America. Which is kind of poetic if you think about it.

Lambasted upon its US release.

Hard to understand how films like this are still being made.