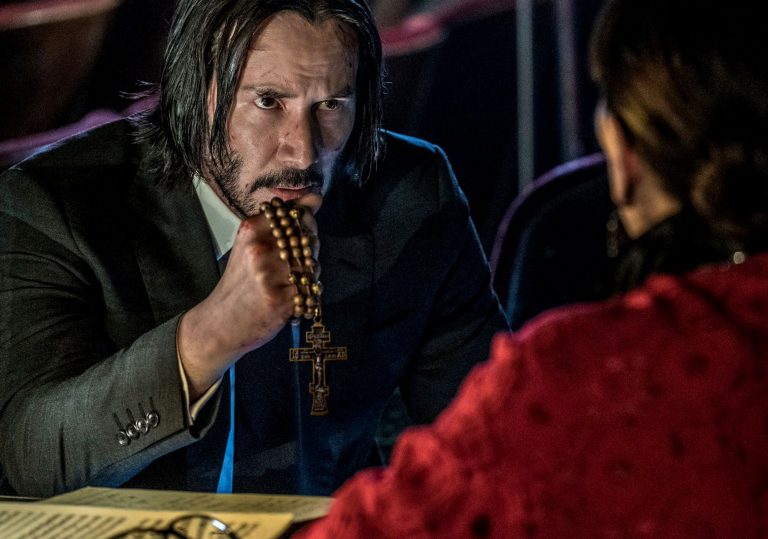 An astonishing spectacle of action and staging.

Soars in flight, but bloated in its digressions.

The most satisfying aspect of the first John Wick, a debut that seemed to come out of nowhere back in 2014, was its stripped back approach to genre. The film, much like its protagonist, cut a sleek silhouette, fashioning character and motivation with elegant simplicity. Grieving man, stolen car, revenge. It could be read like a Picasso line-drawing, where a trio of just-so strokes are all that’s needed to get, unmistakably, at the essence of the thing.

A sequel three years later piled on the pounds, adding an extraneous twenty minutes that sought to build on the mythology that served a textural purpose first time out. Side dishes were now super-sized, and dumped on the same plate as the mains. Wick himself remained the same propulsive force of nature while the world expanded around him, catching his breath only to engage in expository stop ’n’ chats that would decide where his next battle would be fought.

It would be a pleasure to report that this third instalment takes things back to basics, but that was never going to happen. At 130 minutes, Chapter 3 is the longest of the films – but it’s still a solid addition to a thrilling franchise, and persuasive arguments will be made for it being the best film in the series. Any such view will rest on its formidable approach to action, in which director Chad Stahelski and his stunt team acquit themselves with peerless wit and wonder.

A jaw-dropping opening act ups the ante on the Buster Keaton-flavoured prologue of the preceding chapter. John Wick is in flight, ‘excommunicado’ with a $14m bounty on his head. Three set-pieces are threaded together with escalating ingenuity: from a bout of book-fu in the New York Public Library to a stable-bound clash that sees a horse used as weapon, all via a fight in an antique shop that might just lay claim to a series peak. 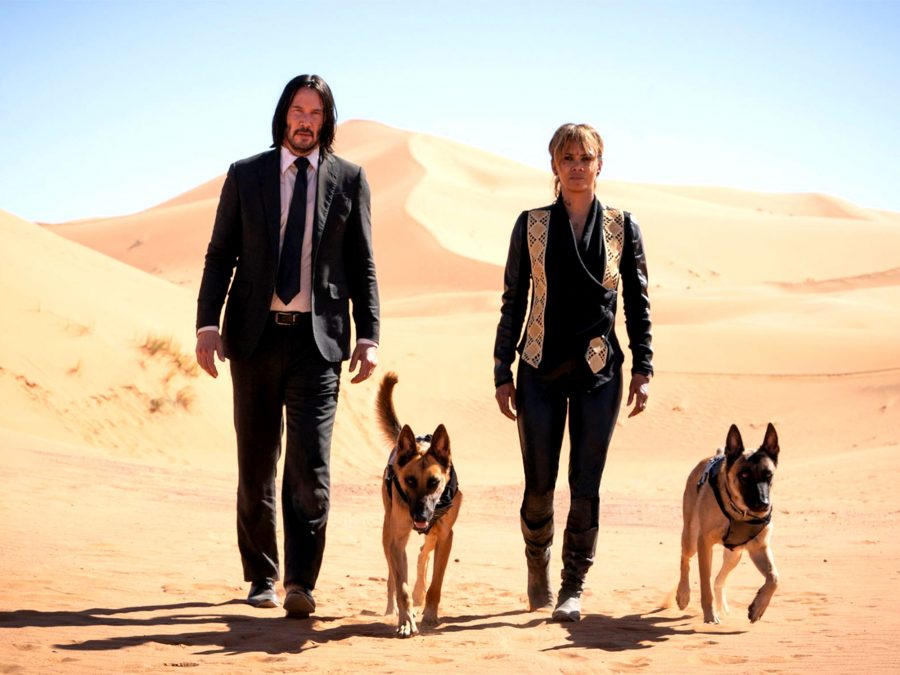 Stahelski’s confidence in these sequences – and the many that follow – evince a precociously assured master of staging at play. The fight sequences all but bring the house down, but they’re islands (an archipelago, even) within a shapeless whole.

Keanu’s soulful weariness can only take us so far now that John Wick has been reduced to ‘the puppy guy’, a celebrity within the world of the film that all the bad guys want a chance to take a pop at. Though perhaps there’s something to be said for this further reduction in our wronged protagonist? Inhabiting the essence of his own mythology, he can but fight and keep fighting. Parabellum doesn’t prove to be the concluding act of a trilogy, but just another series of battles in a seemingly endless, and increasingly meaningless, one-man war.

Stahelski and Reeves can keep coming up with half a dozen ingeniously staged set-pieces for as long as people keep buying tickets. At this level of technical filmmaking, they’ll be worth every penny. Yet it seems that for the series to evolve, one of two things need to happen. They can embrace the aesthetics of the fight entirely and move into the feedback loop of abstraction, much like Paul WS Anderson did so brilliantly with Resident Evil: Retribution. Or, they can make a bid to reclaim their hero’s humanity, a notion at least hinted at here by the series’ reliable pops, Ian McShane.

Either way, it wouldn’t hurt to remember the lesson the first film taught so well; that action itself can elucidate both narrative and character. The world of these films isn’t another wacky cameo or digression into the vagaries of omertà, but simply Keanu’s Wick, moving forward with purpose.

An astonishing spectacle of action and staging.

Soars in flight, but bloated in its digressions.