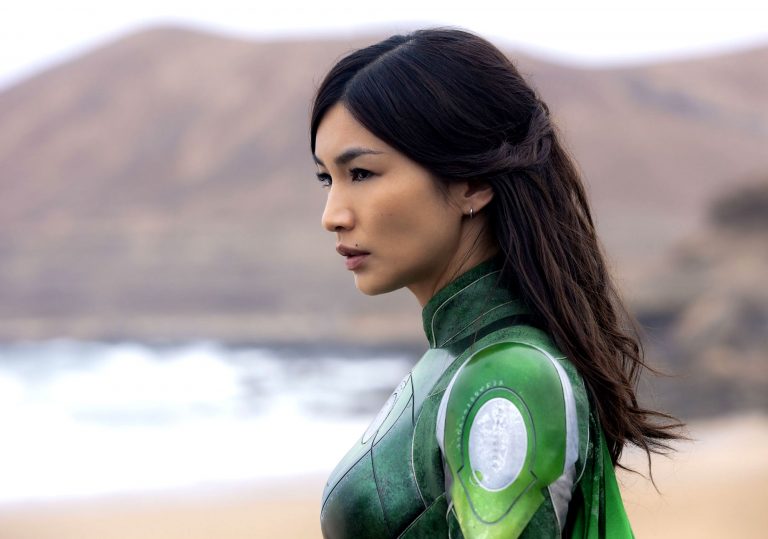 Chloé Zhao is a formidable director and we want to see everything she does – MCU or otherwise.of

A different kind of Marvel offering, and all for the better. Dysfunctional superheroes FTW.

Some rough edges, but we should cherish a glossy blockbuster that has something to say.

Maybe it’s the result of naiveté, or just a surfeit of misplaced optimism, but it has been sad to witness the incessant pile-on that Chloé Zhao’s Eternals has received pretty much from the second it was made public that she would be directing this studio behemoth. Based on the morsels of pre-release marketing and the oblique soundbites that interviewers could extract from the Oscar-winning filmmaker while on the Nomadland press tour, the film has been the subject of an all-guns-blazing online dunking campaign from minute one.

As someone who is, in the main, not a fan of the CG-powered pyramid scheme that is the Marvel Cinematic Universe, it may seem a little strange to have suddenly crossed the floor to stand on the side of the defence. Yet it seems so puzzling that this film in particular would get so much shit sight unseen, as even if Zhao was only able to bring, at most, 50 per cent of her ethereal “touch” to what would otherwise be an over-oiled corporate product, then that is most assuredly a reason to be cheerful, is it not?

When an early rash of tastemakers, fans and insiders (whatever that means) were shown a sneak-peek of Eternals, their reactions suggested that they had no real idea what to make of it. The typical I-saw-it-first hyperbole was wreathed in doubt, maybe suggesting that they wanted to circle a bit to see what the next wave of viewers would make of it before they pinned their colours to the MCU mast. Some saw this muted response as affirmation of the anti-hype, but perhaps Zhao had done something to, if not break the template, then re-shape it in her own image.

What she has delivered is a version of the MCU that throws caution into the wind, that embraces and articulates grand philosophical notions in a way that is neither glib nor infantilised, and brings together an ensemble who have chemistry beyond being able to trade over-written quips with one-another. There are rough edges, and scenes that are terribly misjudged – maybe close your eyes and block your ears when Brian Tyree Henry crops up in the smouldering nuclear fallout radius of the Hiroshima bombing. But the good far outweighs the bad.

“Zhao has been vocal about her love of the cinema of Terrence Malick, and it’s great to see how much of his imagery and philosophy is baked into this story.”

Nudging aside some of these trifling missteps, Zhao has made a film which turns the boilerplate End Of The World story arc into something that’s lugubrious and melancholy. There’s a satisfying lack of triumphalism in this stately epic, displaced by a feeling of resignation and a sense that, when we do finally bring about our collective demise, it’ll be sudden and painless, like a light being switched off – we’ll never know what happened.

The Eternals themselves are a colour-coded clique of ageless, god-like superbeings who are sent to earth to protect the human race from a band of marauding and highly symbolic dinosaur-like beasties called the Deviants. Their orders have been passed down by an almighty galactic being called Arishem, a Celestial, who has stated that they should only destroy Deviants and not intervene in any of the other violent struggles that people may bring about by themselves. It’s a simple request that, we discover, proves difficult to follow. They are, in essence, humanity’s caretakers.

From the intimations of the opening drag, which supplies the broad context of the Eternals’ apparent raison d’etre with a few portentous additions, it’s clear that we are in the company of tragic figures. It’s refreshing for one of these films to state, prior to any images appearing on the screen, that the superheroes we’re about to spend time with are maybe not super, nor are they heroes, and that there’s something much bigger than them lurking in the background. A sense of inevitable futility lingers across the film’s entire runtime.

Though theirs is a fairly egalitarian crew, there are dominant characters in the mix. The first is Salma Hayek’s Ajak whose main power is communicating with the Celestials and is more like a beloved sage than a fighting force. The second is Richard Madden’s Ikaris, who shares similar special abilities to the X-Men’s Cyclops, in that he fires lasers from his eyes and can fly – placing him in the vaunted position of the most physically powerful. Finally there’s Gemma Chan’s Sersi, who is nudged forward as the film’s central character, or at least its moral nucleus. She’s someone who is clearly committed to the Eternals’ cause, but hasn’t quite worked out what her strange abilities are good for (she can transform the state of solid objects). 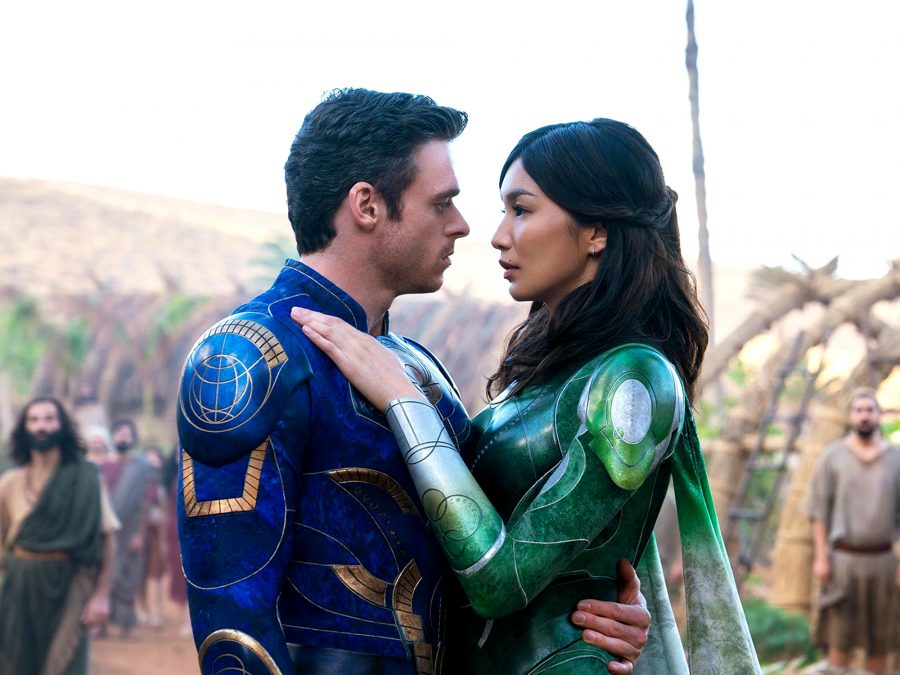 Chan delivers one of the most remarkable and credibly earnest performances in the MCU thus far. The restraint of her line-readings and the air of irritable confusion she brings to the high-stakes situations in which she finds herself result in a superhero who is caught between emotions, at once depressed and at peace with her ultimate lack of function. She is a kindred spirit to Nomadland’s Fern, a passive, cloistered observer who is, via the breathless spectacle of the landscape, given renewed fervour to extend her existence and see what else is out there. She is unpretentious, and beyond an innate goodness, she doesn’t know what drives her.

What’s interesting about Eternals is how genuinely down to earth most of it is, rejecting the time-honoured duality of the flashy superhero who also has to contend with the banality of domestic life. This is more like reality, in that it is about coming to terms with smallness and impotence in the face of so much cosmic sprawl. Even the much touted diversity of the Eternals themselves – who count among them the MCU’s first deaf character and first Black gay character – is employed to represent the realities of the human race through history rather than as a route to point-scoring progressiveness.

Elsewhere Zhao has been vocal about her love of the cinema of Terrence Malick, and it’s great to see how much of his imagery and philosophy is baked into this story, rather than just idly namechecked. There is a breathtaking sequence near the centre of the film which is like a miniature remix of Malick’s own 2016 pseudo documentary, Voyage of Time, where the balletic, alchemical and unfathomable formulation of the universe is juxtaposed with the tactile intimacy of human life. This isn’t snuck in at the margins, but front and centre of the whole damn enterprise.

So there’s angular, depressive characters and a rumination on the destructive nature of time, but one of the film’s main accomplishments is that, in its expansive plot, anonymous antagonists and sceptical conception of the heroic saviour, it comes across as a quietly savage deconstruction of the superhero genre itself. Where films such as Iron Man 3, Thor: Ragnarok and Guardians of the Galaxy gave us self-satisfied riffs on the MCU’s own superhero lore, here it feels like Zhao is giving us an X-ray of a superhero movie – we can actually see the bones underneath the skin, and it’s not conventionally pretty.

This may read like an attempt to flip faults into virtues, to reframe the things that make it “bad” as the things that actually make it interesting and worthwhile, but this is a film that is valuable as much for what it doesn’t do as what it does. Its laconic sweep is peppered with action sequences to keep things ticking in the peanut gallery, but more important is that Zhao does have something to say, and she is not being hamstrung by all the contrived multiverse tie-ins required of the MCU’s central pillar of films. Indeed, it’s bracing to watch one of these films without having to worry that you’ve missed a billion references to other IP brand extensions (even the post-credit stings, which are essentially pre-trailer trailers, are jokily pointless).

Maybe the Tomatometer has levelled its judgement, and Zhao will end up being the last time that Kevin Feige risks bringing a serious auteur into the MCU coven. But conversely, there’s always hope that this admirable if slightly misshapen existential missive that’s disguised as a superhero movie will find its own fanbase in the years to come.

Chloé Zhao is a formidable director and we want to see everything she does – MCU or otherwise.of

A different kind of Marvel offering, and all for the better. Dysfunctional superheroes FTW.

Some rough edges, but we should cherish a glossy blockbuster that has something to say. 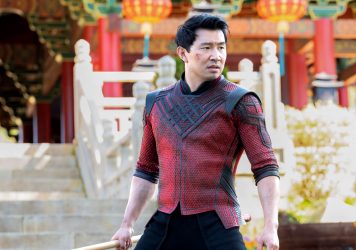