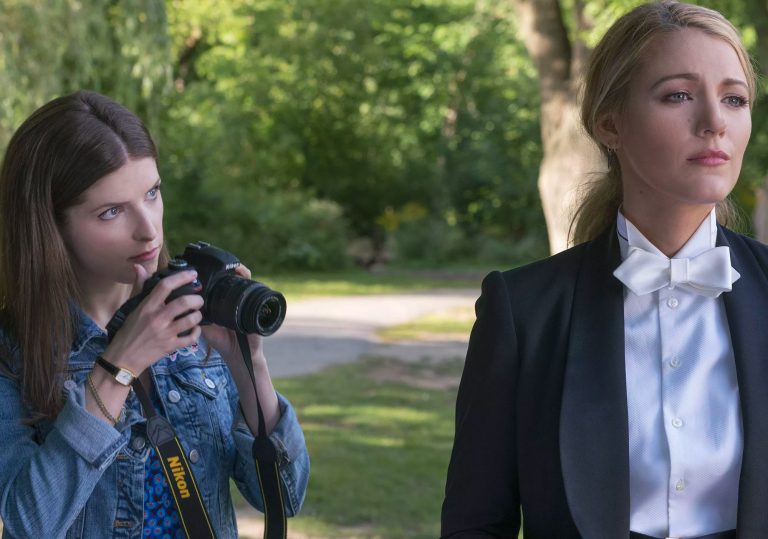 Absolutely no idea what to expect here.

Feels a bit like a feature-length episode of Desperate Housewives.

Tonally mismatched – but Kendrick and Lively are just about compelling enough to pull it off.

No one really asked for a film from The Darker Side of Paul Feig. Since 2011’s Bridesmaids, he’s found his groove in Hollywood helming female-led comedy vehicles which usually sees Melissa McCarthy take a lead role. That’s not a complaint: Spy is terrific, and we even quite liked his much-maligned Ghostbusters remake. A Simple Favour sees Feig stroll down a darker alley, adapting Darcey Bell’s best-selling novel of the same name, combining his knack for quick wit with a whole lot of scandal and intrigue.

‘Mommy vlogger’ Stephanie (Anna Kendrick) is thrilled when she befriends the enigmatic and effortlessly stylish Emily (Blake Lively), mother of her son’s best friend. Despite coming from completely different worlds, they bond over stiff gin martinis at Emily’s luxurious home, and seem to form a genuine connection – until one morning, after asking Stephanie ‘a simple favour’, Emily disappears without a trace.

The trend of female-fronted thriller book-to-screen adaptations means comparisons are inevitable between A Simple Favour and the likes of Gone Girl and Girl on the Train, but Feig makes no attempt to take things as dark as Fincher did. There’s a sort of effervescence to his film, fuelled by Anna Kendrick’s peppy performance as Stephanie, and real-life Cool Girl Lively as the unknowable Emily.

The casting is undoubtedly the film’s greatest strength, as the plot itself becomes progressively more ridiculous as the runtime ticks by. Incest, arson, fraud and addiction all have a role to play at one point or another, and it’s difficult to reconcile these heavy themes with the light, playful tone that Feig is aiming for. That being said, Kendrick and Lively make a bold double act, and their banter is never difficult to watch. Perhaps if one pours a large glass of rose and surrenders completely to the ridiculousness of it all (or just focuses on Blake Lively’s fantastic wardrobe) its kitschy nature and uneven tone are less likely to rankle.

Absolutely no idea what to expect here.

Feels a bit like a feature-length episode of Desperate Housewives.

Tonally mismatched – but Kendrick and Lively are just about compelling enough to pull it off.