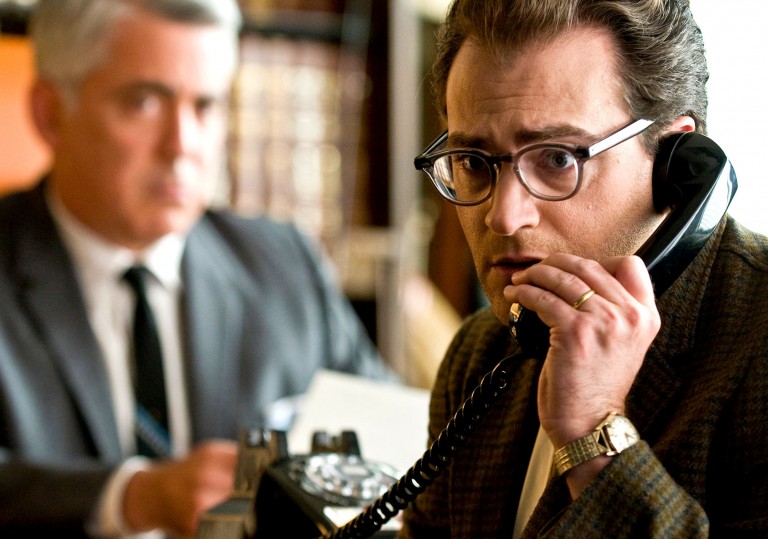 It’s Clooney-free but the Coens are the movies’ most lauded oddballs.

A low-key tale that breaks its confines to deliver big.

The Coen brothers sure know how to frustrate. From the early days of Raising Arizona’s curveball punchline (“I don’t know. Maybe it was Utah?”) to last year’s oddly pointless Burn After Reading (“I’m fucked if I know what we did!”), this is a duo who lead audiences down uniquely twisted paths only to leave them a little stranded, reluctant to explain the journey. A Serious Man is no different, yet none the worse for it. Ultimately, frustration is the point.

Stay for the closing credits and there’s a disclaimer that hints at the brothers’ thinking: ‘No Jews were harmed in the making of this picture.’ It could almost be the film’s subtitle. This is the Coens at their most cheeky and personal, placing the story in their hometown Jewish suburb of St Louis Park, Minnesota, circa-1967.

It’s a very American – very Jewish-American – setting, but any fan of Woody Allen will relish the blend of nebbish guilt and dark laughs (there’s even a nod to Woody’s legendary ‘Moose’ stand-up routine.) The suffocating social anxiety of The Graduate, made the year that this is set, also looms large.

After the star-laden weight of Burn After Reading, A Serious Man is leaner. Stage actor Michael Stuhlbarg takes the lead as Larry Gopnik, a mild-mannered physics teacher whose average life – family, job, neat house and garden – slips out of his grip when divorce, teenage rebellion and workplace bullying suddenly trip up his comfortable existence. With his socially autistic brother (Richard Kind) and a lustful neighbour (Amy Landecker) also preying on his mind, Larry wonders whether he can ever be the kind of upstanding individual that his ethnicity demands of him.

For proof of comedy and tragedy’s close relationship, watch this. Larry is essentially having a nervous breakdown yet it’s the Coens’ most humanely funny script in years. While the faith-specific elements might deter some, the gallery of grotesques are broad enough to widely appeal. Rabbis, school principles, Uncle Arthur with his sebaceous cyst – no social institutions are safe, yet without them Larry knows that his life would be even more unwieldy.

Relative unknowns keep star baggage to a minimum allowing warmly honest performances. When Stuhlbarg’s nerdy Larry balances precariously on his roof to watch his neighbour sunbathing, there’s a genuine haplessness that a ‘movie star’ would struggle to replicate.

A bizarre prologue to the piece, a nineteenth-century urban legend spoken in Yiddish, might encourage the main feature to be seen as a parable but returning to that end credit disclaimer, A Serious Man is the Coens’ least serious film for a long time. Using the hilariously random existentialism that we’ve come to expect, this is their reminder that it’s pointless to try and control the events of your life. Frustrating? Of course. But that’s always good for a laugh.

It’s Clooney-free but the Coens are the movies’ most lauded oddballs.

A low-key tale that breaks its confines to deliver big.