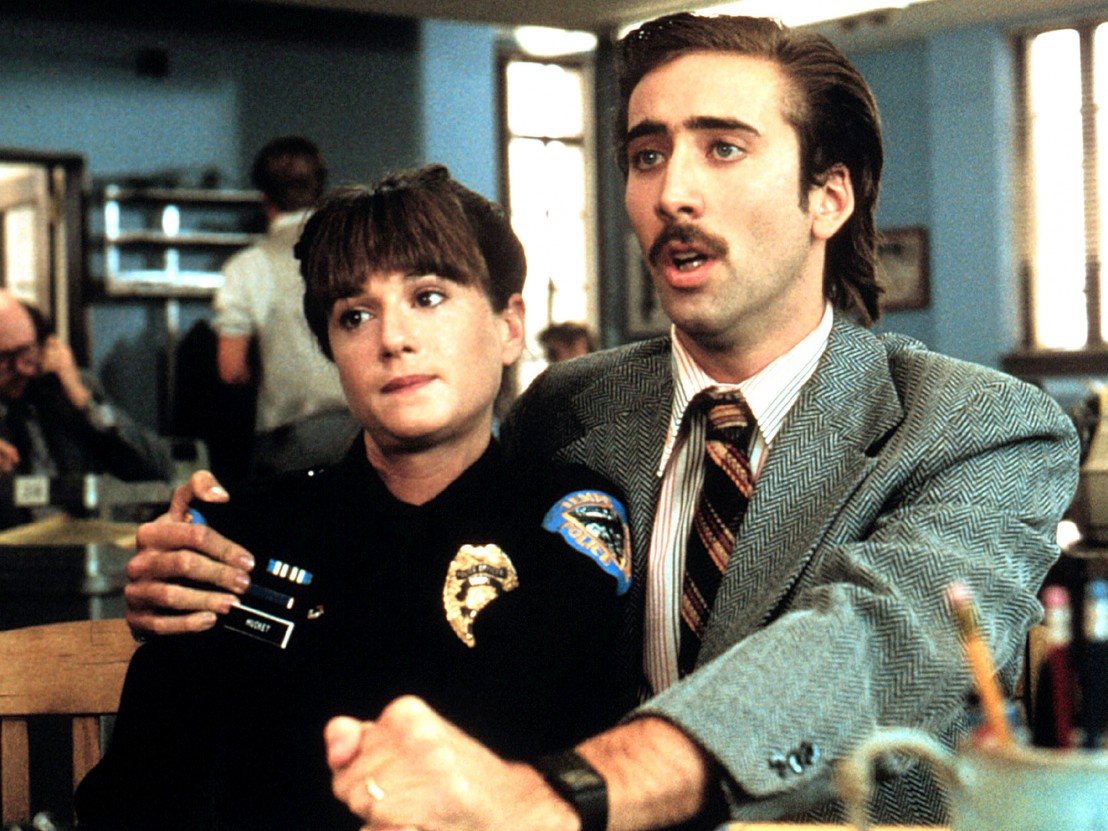 Torment and glee are almost interchangeable looks in the contradictory movie land of Joel and Ethan Coen, a place where absurdity, darkness, and comeuppance cohere in diabolically clever ways. Often, the heightened, exaggerated, stymied, shocked, and baffled faces of their protagonists help establish this tricky mix of tones. So in honour of the Coens’ latest film, Hail, Cesar!, which continues their lifelong obsession with declarative mugs, here are eight memorably expressive faces from their estimable canon.

A mad dash of a comedy, Raising Arizona has enough energy to tucker out Wile E Coyote. Amid its chaos resides a maternal force for calm named Ed. As played by Holly Hunter, she’s a mosaic of moods that fluctuate directions like the desert wind. This is none better on display than the manic chase scene involving her diaper stealing husband HI (Nicolas Cage), a pack of neighbourhood dogs, and some trigger happy cops. Fed up with all the chaos, Ed switches from angry wreck to badass saviour. She’s officially the first of many pissed off women in the Coen universe who refuse to let men muck up a good thing.

Professor GH Dorr in The Ladykillers

“We must all have waffles forthwith.”

Slimy, verbose, prone to bouts of nervous laughter and unsolicited orations, Tom Hanks’ slippery eel GH Dorr stands at the centre of the Coens’ misguided remake as a talky, confident maestro of none. It’s a strange, intoxicating role, one defined by the sudden moment he begins “vocalising” in the basement of Mrs Marva Munson (Irma P Hall). However one decides to describe the pitchy sounds that emanate from Hanks’ mouth, we see the wacky dedication Hanks brings to this grinning academic that likes to dazzle you with conversation. That grin is the devil’s work.

Ulysses Everett McGill in O Brother, Where Art Thou?

George Clooney’s prison bird on the run is ever the optimist, hopping on a moving train and asking the hobo’s aboard if anyone has an expertise in the “metallurgical arts.” That his face hits the floor a few seconds later speaks to the volatility of this Odyssey-sized hero’s journey. Everett is all furled eyebrows and greasy smirk, and his face fittingly becomes the film’s key mode of expressing a collective anxiety, joy, concentration, and pain (i.e. John Goodman walloping him in the mug with a stick).

“Sir, you have no call to get snippy with me. I’m just doing my job here.”

The great scene between Frances McDormand’s pregnant police officer and William H Macy’s guilty car salesman marks a key turning point in Fargo and could be subtitled, ‘Doth protest too much, Jerry.’ It also showcases how small details in a reaction shot can establish everything you need to know about a character. In Marge’s case, her face transitions from curious to suspicious to resolute as Macy’s Jerry continues to blabber on about his innocence. She lets every man in this film dig their own grave by choosing her words carefully.

“I lost their fucking cat. I feel bad about it.”

Sadness has become the new normal for Oscar Isaac’s down but not quite out folk singer attempting to go solo in 1961 Greenwich Village. The wavy curls and thick beard, that face looking off into the distance, his passionate performances; this character breathes equal parts artistic genius and self-pity. More so than most Coen characters, Llewyn’s frustration with life’s contradictions cracks through his emo exterior. He truly is the man of constant (self-sustaining) sorrow, and it’s hard not too feel somewhat bad for his plight.

Amy Archer in The Hudsucker Proxy

“He’s a real moron. That’s a five-letter word for imbecile. As pure a specimen as I’ve ever run across.”

Jennifer Jason Leigh’s sharp and suspicious journalist Amy Archer bulldozes any man that gets in her way. She takes her editor to task one moment and then bats her eyes like a true femme fatale the next. Like the second coming of Rosalind Russell in His Girl Friday, her powers are on full display early on inside the newsroom of the daily paper (a male institution). She types away furiously while yelling into the phone and contributing to the crossword puzzle being created across the room. Archer closes out the scene with cinema’s greatest whistle, confirming that indeed, the future is now.

John Tuturro meets the devil (John Goodman) and gives him advice on the irony of isolation and loneliness. This nebbish writer from New York City who’s just traveled to Hollywood has no clue of what’s coming, and the way Barton’s face shifts from starving artist apathy to real concern throughout is one of the film’s many joys. The beginning of the end comes when Barton’s writing is interrupted by a deafening shotgun blast from another room. Peering out into the empty hallway, his frightened face waits for some kind of rational revelation. It will never come.

Ed Crane in The Man Who Wasn’t There

Possibly the quietest (and saddest) protagonist in the Coen’s filmography, Billy Bob Thornton’s repressed barber does most of his talking through voice-over. But the deep wrinkles on his forehead communicate the wear and tear of a life numbed by conformity. Settling down has dark consequences, and when Ed Crane begins to realise the power he has to shape his life anew, things turn south very fast. No matter what dastardly deeds occur, his skeletal façade stays patiently aloof. Not even a death sentence can cause a spark of emotion. 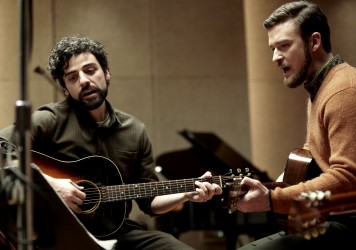