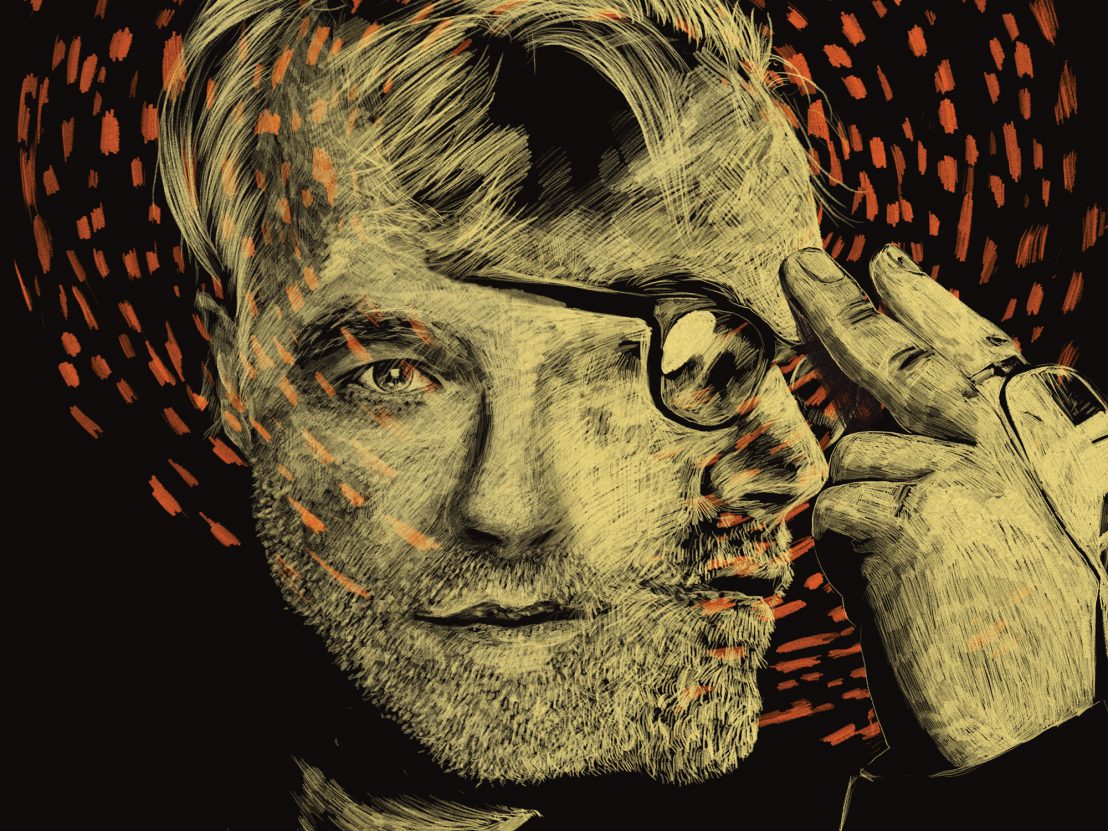 Philip Seymour Hoffman has made a career out of playing sad sacks, oddballs and belligerent assholes. The kind of self-loathing, self-pleasuring creeps you wouldn’t want to get stuck in a lift with. But whether he’s getting his method on to portray an American literary icon, ruining Ethan Hunt’s day or just breathing heavily down the phone, Hoffman is invariably a compelling screen presence. Nowhere more so than in the films of his long-time friend Paul Thomas Anderson.

Hoffman has appeared in all but one of Anderson’s six features stretching back to 1996’s Hard Eight, establishing himself as a versatile character actor in the process. In the decade since their last collaboration, 2002’s Punch-Drunk Love, Hoffman has reaffirmed his passion for the theatre, earning a Tony nomination for his lead turn in the Broadway revival of Arthur Miller’s ‘Death of a Salesman’. He’s also directed his first feature, Jack Goes Boating, and recently announced his second, Ezekiel Moss, which appeared on the 2011 industry ‘Black List’ of acclaimed unproduced scripts.

Despite this late career shift, Hoffman isn’t about to turn his back on life in front of the lens just yet – he’s due to start filming A Most Wanted Man, Anton Corbijn’s follow-up to The American, and The Hunger Games sequel within the next few months. Before all that, we met up with Hoffman to get the lowdown on his special relationship with Anderson and his astonishing performance in The Master.

On Becoming The Master

“Paul and I started talking about this character four years ago. But it’s weird; I didn’t really have a backstory for Lancaster in mind. I know I thought about it a lot but I don’t think I tried to nail it down too much. I think the less you know about him, the more interesting a character he is. He’s just a guy who’s basically dabbled in lots of things; he got a few degrees and probably did some service in some kind of military capacity. And then I think he became interested in treating people and dealing with people and helping people. He’s coming from a good place, I think. That’s his history – he’s a guy who’s done a lot of different things. How much of all of those things he says he is are true, I don’t know. It’s hard to nail him down and in that sense it was difficult to play him. He’s a mysterious guy.

“In terms of how I dealt with him technically there were a lot of different points of inspiration outside of the obvious stuff. But who he is and the way he is, the internal life of the guy, is something I had to think a lot about by myself. It’s not that I wanted to avoid reference points; it’s just the way I tend to do things. It’s so hard to put into words because it’s something that takes place over a long period of time. It’s a gradual process; a lot of discussion and reading and research goes into it.”

“It’s been 10 years since Paul and I made a movie together. It’s good – now we don’t have to do it again for another 10 years. No, I mean, this was a great one to be in. But my working relationship with Paul doesn’t matter; it’s my friendship with him that does. I get concerned when we don’t talk for a few months, not when we don’t make a movie together for a few years. I make sure that we stay close as friends and that’s what we concern ourselves with. In his meanderings of trying to put stories and scripts together – because he writes all the time – if he comes upon something that he decides suits me then we’ll talk about it, but otherwise I’m not constantly looking to work with him. I’ve already worked with him enough for a lifetime, in a lot of ways. But I hope we keep working together, I hope I’m still a part of his stories. But if not then that’s okay.

“It’s funny because I have this whole other life in the theatre that he’s not a part of at all. It’s such a huge part of my life and I think that’s always been very healthy for our relationship because I bring a lot of what I do in the theatre into Paul’s world. I think Paul’s more open to a lot of things now, people’s input and opinions. He’s more open to feedback and criticism. You’ve got to trust yourself and have confidence in what you’re doing, and Paul has a lot of that so it’s tough for him to let others in and listen to different ideas. But he’s getting really good about allowing mistakes to happen. It’s a more organic process now.”

“I became a director in the theatre many years ago and that’s been my thing for a while now, so when I crossed over into directing a film I did think about Paul but also a lot of other directors I’ve worked with. The biggest thing Paul taught me was that whatever you do has to be yours, whether it’s on stage or on a movie set. It’s got to be personal; it’s got to mean something. I’m on my own journey now and I hope I can make a handful of films in my life. I’m trying to find my own voice as a director and there’s no doubt that Paul will continue to be a guiding influence in that respect.

“You always go back to acting and you kind of forget. Anything that’s a creative thing like that, it’s easy to forget how you did it; it’s hard to replicate how you made something work before. When something comes to you you go with it and from there you might go off in any number of directions, but you always forget how that actually happens. I guess it always starts with a question though, as stupid as they sound, you have to find a way into the conversation.”

On Being An Inquisitive Man

“I’m a very curious guy, but I also want to shut down sometimes. In the storytelling business you’re constantly being inquisitive and digging at yourself. Sometimes you’ve just got to leave it alone. But Lancaster is definitely someone I found hard to switch off from. I just find it so moving that all he wants is to be close to this guy. It fascinates me that the need you can have for another individual can be so strong. And I think there’s something really attractive about being as free as Freddie is, certainly that’s a quality Lancaster envies.

“Making this film reconfirmed my belief that all religions and social movements are susceptible to these types of figures. For me, I wasn’t interested in just looking at Scientology because there are so many other movements that have come out of charismatic men. But I shy away from the easy, cynical ‘it’s a cult movie’ line because I don’t think that gets anybody anywhere. There’s nothing ‘culty’ about it, you know, it’s not like we’re sat around drinking Kool-Aid. It’s a psychological, emotional thing. I like the idea of seeing if it’s possible to be manipulated or led down a certain path regardless of who you are or what your beliefs are. I’ve always been a little bit wary of who’s leading me, what group I’m involved with, you know. It’s good to never blindly follow, to keep asking questions.”

“Every film I make I always try to read reviews in the beginning, just to take a temperature of it. I’ve learned that it’s almost irresponsible not to because you can end up having a situation where everyone around you is really scared to tell you the truth, and that’s not fair to make people be like that out of your own ignorance. I want to know enough that I can look anyone in the eye and know what people are saying. But then I let it go because after a point it is what it is and things just take their course. I’ve been there when the reviews are really harsh and negative and obviously it’s not nice, but you can’t let it affect you. You have to learn to take it on the chin and just let it be. Every once in a while you do something that gets torn apart and you’ll read stuff and think, ‘Yeah, you know what, I see your point’. Mostly it’s about knowing enough to be able to let it go.”

“What else could I want? I’ve given and shown up to the best of my ability and career-wise I think I’ve had it as good as I could ever have dreamed. I hope I don’t start gaining regret because I feel really good right now. I’ve dealt with all the bad stuff and learned to take it with the good. Life-wise that’s a different question, but careerwise I’ve been very lucky. I want to do a lot of different things. Right now I want to keep directing theatre, I have plans to do that next year. Maybe direct a film, too. Hopefully I’ll direct many more films and maybe produce some as well. I’m lucky in that sense because even though I’m a terrible writer I have good relationships with a few really amazing writers. My brother’s the writer in the family and most of my closest friends are writers so I kind of vicariously do that through them. I love talking things through with people.”