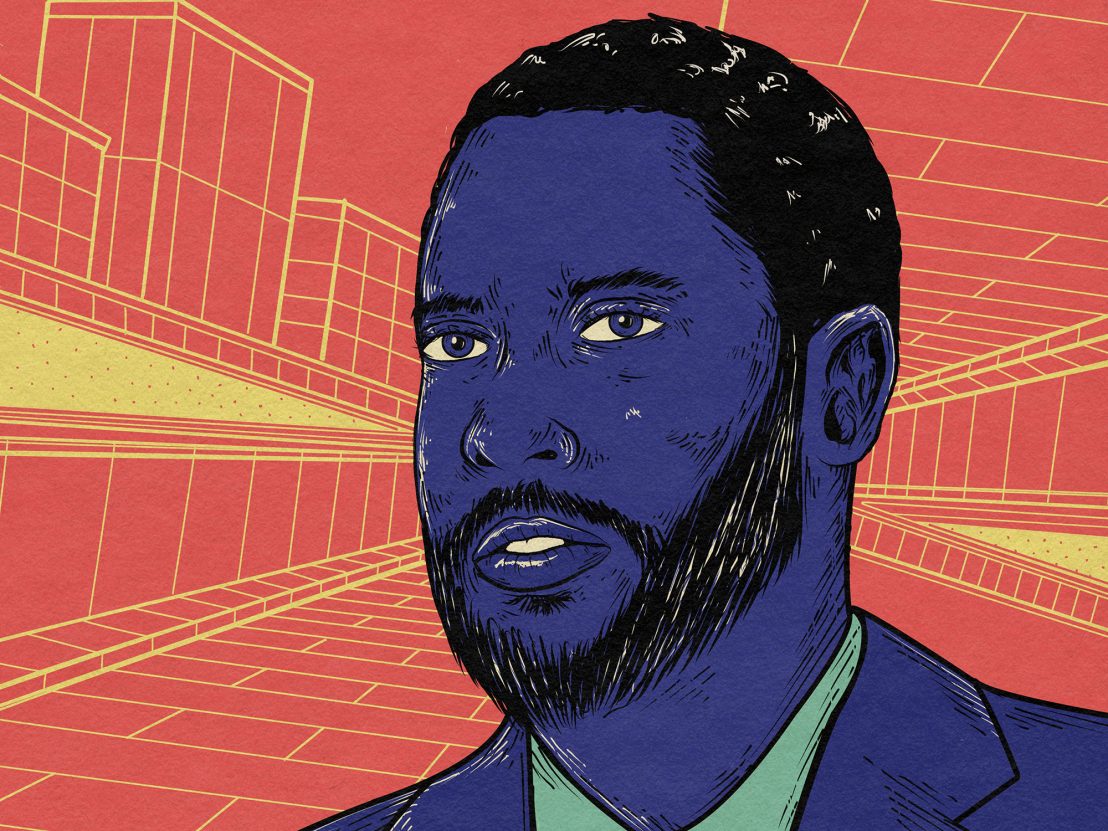 Leaving behind a career in American football, John David Washington has been making steady waves in the acting sphere. His most lauded and recognisable roles have come from a number of films concerned with abuses of power, including his leading turn in Spike Lee’s Oscar-winning BlacKkKlansman; and a part as a disillusioned police officer in Reinaldo Marcus Green’s Monsters and Men. It’s safe to say that his role in Christopher Nolan’s “time inversion” thriller Tenet will be his wildest venture yet.

LWLies: Time travel and quantum mechanics are always a tricky concept to get your head around. How did you get to grips with a script as strange as this one?

Washington: The first time I read it, it took me about four and a half hours. Obviously, I had a whole bunch of questions for Chris and he answered all of them every time. We went piece by piece. We didn’t have to do the whole thing in five days, we did have time to gain more and more understanding every day, from pre-production and then on to production. So it was just living with it for as long as we did, and prying out these discoveries in front of the camera. It was encouraging every day, like, ‘What can we do to top what we did yesterday?’ We found something new and something exciting that we could take with us when we get to the Italy location. The exponential growth of understanding was quite a journey.

It sounds like the process of working on this was quite meticulous. Is that what drew you to Christopher Nolan as a filmmaker?

It’s a combination of that and the story. As complex as his movies can be, I do have an understanding – or, at least, I feel invested in the characters. He allows performances to breathe, he is meticulous and science-fiction savvy. He lets the story take hold. He really features his characters. Even on set, it felt like this was a character-driven movie. It’s just a healthy, beautiful marriage between the mythology and the more free-spirited things that we found on those days in the performance. They say it in the trailer – and it really is fitting for the experience of watching it – don’t try to understand it. Feel it. There’s a discussion that can be had and there’s also just enjoying the characters revealing themselves as the movie goes along.

Did you have a particular interest in science fiction or any of his films before you took the role?

Absolutely. When I first found out he wanted to meet me, I was like, ‘That’s a win right there.’ I thought things didn’t need to go further than that. I really thought that way because I was such a huge fan.

“We were chipping away every day, controlling what we could control to tell the best story we could.”

The filming of this alone sounded like a pretty gigantic operation.

Yes. It was amazing to go to all of these different countries and see them give the movie a different personality. It really gave it great scale and a reality that we can connect to as a movie goer. We’ll be in there watching and it’ll have legs because it’s not all green screen.

Original sci-fi action is starting to feel like something of a rarity, especially on the scale that you mentioned. Did you find working on this scale daunting at all?

I didn’t look at it that way, I don’t think I could afford to. We were chipping away every day, controlling what we could control to tell the best story we could, whether it be in a car, or if I’m running or sitting down saying six pages of dialogue. It took the same level of concentration and trust in your scene partners and Chris.

You’ve spoken about putting the continuous work in your character and your trust in Chris – were you working on the themes much while you were on set every day?

There were so many of those discussions. I would ask him technical questions sometimes, set questions, or ask him to tell me war stories about another movie. Just things like that because, I mean, it’s Chris Nolan – he’s made some of the best movies ever made. We talked about that kind of stuff all of the time.

Any war stories of your own?

I’m better acquainted with heights now. It’s interesting, the year I had last year, filming a movie in Greece and then filming this, I had to deal with heights, and I wasn’t that good with it until after 2019. So in anything moving forward… I think I’ll be a lot better with it.

Did you get to do much stunt work throughout the shoot?

I did! It was thrilling, quite an adrenaline rush. But shout out to the professionals, who are crazy. Those guys are insane. I respect them every day for what they do. They make the movie look great. I did do my fair share, I did feel like I was a part of the team. I did as much as they’d let me do.

Was there a particular sequence that you liked working on?

There’s a sequence that we worked really hard on. When I read it I was like, ‘How is this going to work?’, because I’d never read anything like it before. And again, with no green screen, we had to do it. I can’t say what it is, but there’s a particular scene that I’m very proud of because we worked our butts off for it. Jackson [Spidell], our fight coordinator, Kyle [Mclean], all of those guys, we worked extremely hard. They had done a lot of fighting in movies and they even said that they had never done stuff quite like this before which is exciting to me. It’s exciting to hear that those veterans say that about their craft. They’ve seen it, so I’m excited to see what it looks like.

Tenet is released in the UK on 26 August in the UK and 3 September in the US. Read the LWLies review.