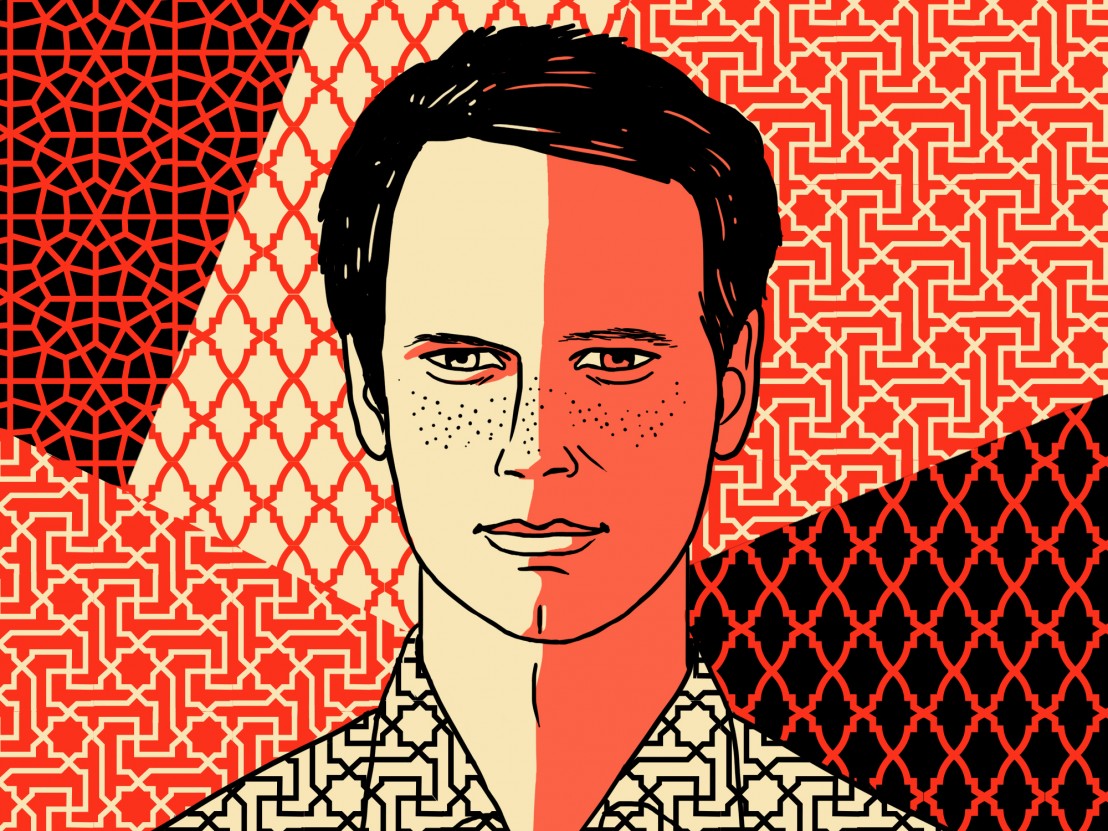 “Eskil Vogt is my writing partner. When we start on a new project, we talk for a year. We’re just sat in a room and we take lots of notes. Eskil does the physical writing. He also comes up with suggestions, and then I’ll give him notes. He does final touches on all the writing. He’s great at that. It’s my responsibility to decide what this is and whether I would like to spend a few years making it. Eskil is fantastically open. He’s a great guy to sit in a room with.

“We talk about other movies too. Why is Don’t Look Now the formal masterpiece that it is? And then we go back to our story and think, fuck, we should do some more inter-cutting like Nicolas Roeg does! We share a lot of stories from our own lives with each other. I know his family and he knows mine. We have a lot of the same friends. So it’s a really nice space for an honest conversation where 90 per cent of the ideas are shit, but the remaining 10 we put in the script.

“It could be that this formal idea of using voiceover is lying around, and at some point we know that we’re making a story about grief and the mother, so we use that voiceover in a scene where a character is thinking about his mother. We ask, did that fit together? Yes, it clicks. And that’s where I think my collaboration with Eskil is at its best, as we seldom disagree when things work.

“Drafting is important. When we have a draft, we sit down, turn off our phones, and then read it through in one go while sat in separate rooms. It’s to get a sense of the timing. We take notes, and then we meet. Those days are important. You’re nervous, you get up and you drink a coffee. We’ve printed things out the night before. We arrive, say hello, and that’s it. We used to do this process in one another’s homes, but now we do it in an office. Maybe we’re growing up too fast? I heard a rumour that David Lynch wrote all of Twin Peaks in the same coffee shop where he drank 50 cups of coffee a day and got into a sugar rush.

“It’s a weird process. One week you think you’re making a masterpiece, and the next you’re throwing it in the bin. It’s up and down. I read that Philip Roth – who was very prolific – said that he has this little metaphorical bird in his hand, and this represents an idea. He looks at the bird and wonders whether it will fly. Or will it die in his hand? Eskil and I always hope that the process will get easier, but it never does. It’s just the same. You have these ideas, but you have to wrestle with them. The two areas where I think we’ve got better is understanding when we have something. We have more ideas where we think, ‘right, this whole thing could be a film’. We have gotten better at physically writing stuff. When we did Oslo, August 31st we didn’t have as much time, so Eskil would write on his own and send stuff to me. This was after we had that long talking period of going through the structure.

“There’s another thing we do where we try to understand the whole film temporally. We put up a centimetre ruler up on the wall and one centimetre is one page of the script. It’s not just lots of yellow Post-it notes where one tiny scene is the same as the big set piece. We can actually see the proportions of the film. And if you use different colour-codings for the characters, you really get a good sense of who you’re spending the most time with. You can see if you’re favouring one character over another. Or even when there’s a long gap between being with a certain character.

“We have a proportional way of looking at it. When you’re editing the film, you shrink the timeline. When you’re writing a script you can learn a lot from editing. I remember reading the script through one day listening to a certain album. There was also a guy I knew who watched a rough cut of his film through a keyhole just to get a different perspective on it. We use a lot of consultants also. We screen it a lot. I have final cut, so no-one is going to fuck around with it, but I do take on advice.

“What I’ve learned is that some things have to be absolutely understood for other things to be ambiguous. If you don’t get that balance right, you’re making awful art. Myself and my co-writer Eskil and I have plenty of ideas regarding films we want to do. But it’s also about choosing which one. We now know how tough it is to make movies. It takes something out of you every time. I don’t want to sound pretentious about it, but it’s true. I think it’s good to embrace naiveté. I think it’s amazing that we were able to make an experimental film with these actors.”

Louder Than Bombs is released 22 April.