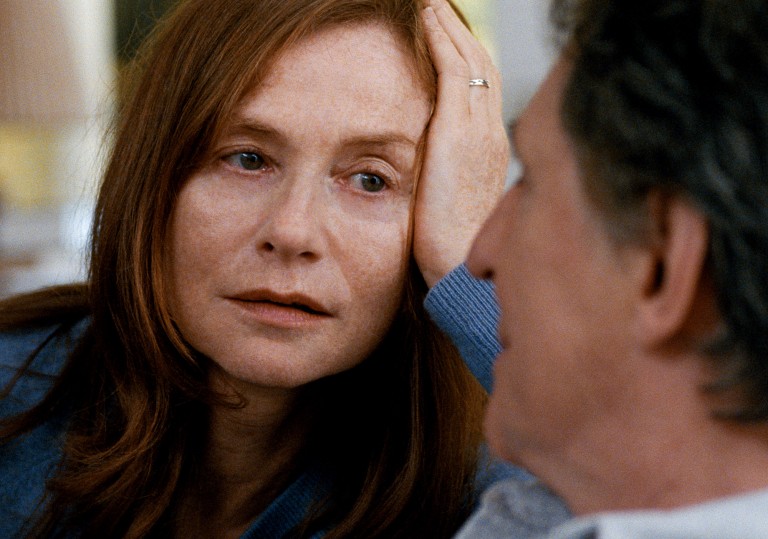 Very high hopes resting on this one.

Tells a familiar story in a new and vital way.

Like all good films, this one is built for repeat viewings.

The leap in quality between Joachim Trier’s stellar directorial debut Reprise and its even-more-stellar follow-up Oslo, August 31st was, in a word, giant. Where we are with his latest film (and first in the English language) is a big step to the side, and a small shuffle backwards. But where those first two films landed swift and hard punches to the gut, Louder Than Bombs opts for death by a thousand small, incisive cuts.

Casting chronological story-telling aside, the film depicts a middle class family during a period of unpredictable grief following the death of matriarch Isabelle (Isabelle Huppert). The act of mourning is usually associated with stillness and contemplation, yet this is not the case with her two sons Jonah (Jesse Eisenberg) and Conrad (David Druid). The pair gravitate towards impulsive, possibly irrational behaviour.

Even though he’s just become a father, Jonah uses a trip back at the family ranch to tomcat around with ex-flames, while school-aged Conrad takes questionable measures to score with the cheerleader of his dreams. Father Gene (Gabriel Byrne) is desperate to make some kind of sense of the situation. A posthumous gallery exhibition of his late wife’s work as a war photographer certainly isn’t making matters any easier.

It’s a scenario that heaves with the potential for slushy melodrama, but Trier and trusty co-writer Eskil Vogt never go there. Instead they just follow the characters on a meandering (and sometimes intersecting) path of confusion and disillusionment. And if that all sounds like as much fun as a swiftly-swung slipper to the keister, rest assured that it’s all pieced together with such precision, discernment and dry humour that the taxing process of unpacking the film means that it sits long in the mind. Per the Smiths-referencing title, the film is itself an emotional blast zone, suggesting that while the moment of the explosion itself may cause the most physical pain, it’s the bloody aftermath that will be felt for years to come.

The relationship between the father and his two sons also avoids cliché by not weighing down characters with familiar roles. There’s no-one keeping a cool head, and there’s also no-one who’s visibly melting down. Jonah, whose sense of maturity is spurred on by his newfound paternal responsibilities, ends up being crippled by arrogance. He reads his dad’s sadness as a sign of weakness, and so decides to assume responsibility for the family’s public affairs – a job for which he’s woefully under-qualified. Conrad finds solace in online gaming, which for a time feels like an overly obvious metaphor for social retreat. Though at least Trier and Vogt have a charming punchline stashed up their sleeve.

If, in there end, the film may leave you tinged with disappointment, it’s only because Trier had set such a high bar for himself. Props to him for not rolling out New York, August 31st like most would’ve wanted him to. And props to him for refusing to use this opportunity to reach a wider audience as a way to dumb down his ideas and his erudite, poetic mode of delivering them. This is a hefty, thoughtful package, a film to live with for a while.

Very high hopes resting on this one.

Tells a familiar story in a new and vital way.

Like all good films, this one is built for repeat viewings. 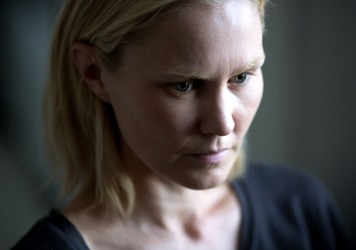 The writing process comes to life in Eskil Vogt’s unsentimental exploration into a woman who loses her eyesight.