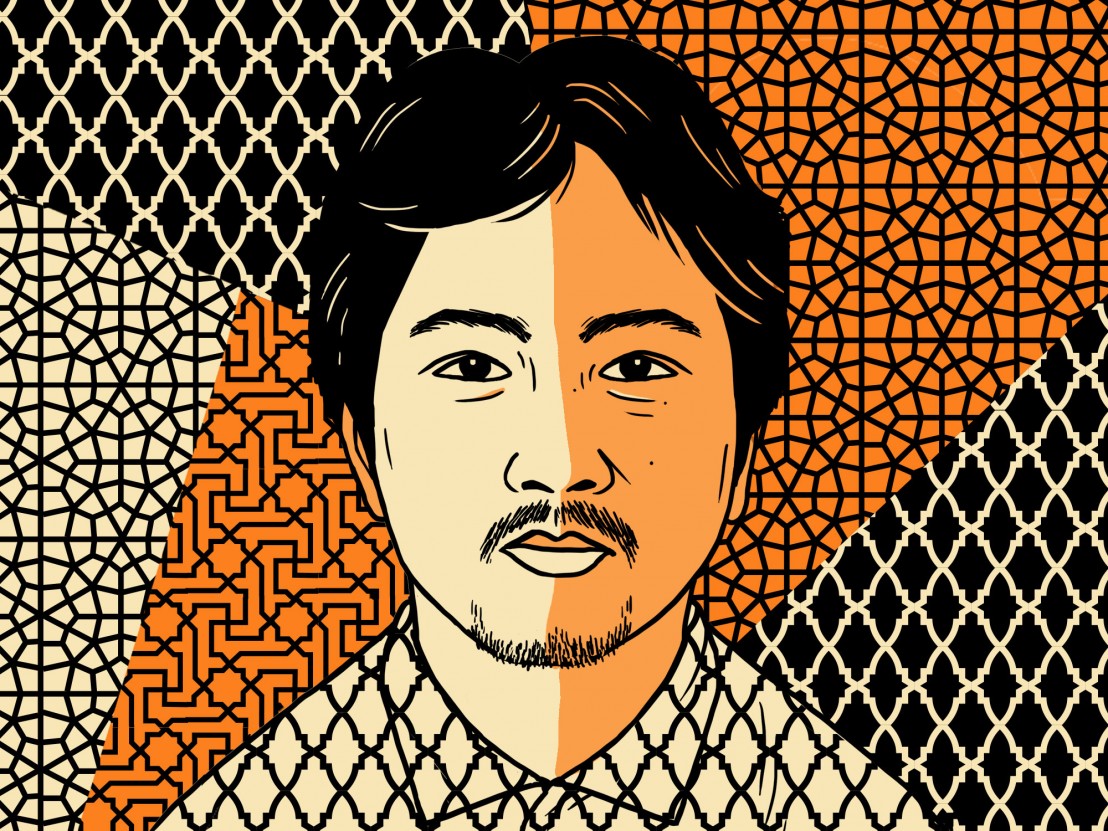 Hirokazu Koreeda is a filmmaker fixated by what happens when families fall apart and then rebuild. As far back as 2004’s breakthrough, Nobody Knows, we saw a group of young kids take on maternal roles when their mother randomly leaves them to fend for themselves. Now, in this latest movie, the disarmingly gentle Our Little Sister, a young girl is united with a trio of step-sisters from her father’s previous marriage. The film is an adaptation of a manga serial by artist Akimi Yoshida.

LWLies: When you’re reading books or manga, are you always thinking about whether the story can be made into a movie?

No, not at all. I don’t normally adapt from original stories. I do read a lot. I am a fan of Haruki Murakami and Kazuo Ishiguru, of course. Akimi Yoshida, who wrote this manga, is someone I’ve been a fan of for a long time. When I read it, I instantly felt like I really wanted to turn it into a film.

Does the visual form of manga inspire the way the film was made?

The original author is from Kamakura, so she knows the place where she grew up. I tried to be as faithful as possible to that. The way the cartoons are drawn are not very uniform. The cells are different sizes and different angles so they don’t translate directly to the screen. I’ve seen people who work from original manga and try to make it into film and it just doesn’t work. So you can’t copy the original.

How did you discover the big house that the sisters live in?

Rather than having a set, I wanted to find a real house. There are not many really old houses that exist in Japan any more, so it was miraculous that we found this one. A very elderly couple lived there. Every time we had to film we asked them to move into a little apartment. It was pure coincidence that the wife of the couple used to work for one of Japan’s major movie magazines. She was an editor there, so that was very lucky. There was a time where I thought we couldn’t find the right house and that we would have to build a set. But the garden with the veranda and all the seasonal flowers and the plum tree… you could never recreate that on a set.

What do you do on the first day when you start a new script?

I carry a notebook all the time and I always jot ideas down whenever I have them. There is actually an old inn in Chigasaki, by the seaside, where Yasujiro Ozu and his co-screenwriter, Kogo Noda, used to shut themselves in and write their films. It’s the place where they wrote Tokyo Story. For six months they would just drink and write. But the room they would always use is still there, and when I’m thinking about a screenplay, I always go there. It’s actually right next to Shochiku Film Studio so a lot of their in-house directors were made to go there to write their scripts. Now, there doesn’t seem to be as many. Aside for myself, there’s a female director called Miwa Nishikawa who goes there.

When you’ve finished the first draft of a screenplay, who’s the first person you give it to for feedback?

I usually give it to Miwa Nishikawa to look at. For this one, what she told me that two of the characters were very similar, when they become very close, I had to stress the point at which they become close.

This movie relates to your previous film, Like Father, Like Son, in that it explores families being created from parts of other families. Is this an obsession?

To be honest, I wasn’t aware of this connection. But I’ve actually writing a new film script just on the aeroplane to London and I realised, this is another film about characters who are forced into a family.

Are you interested in looking at how family effects individuals?

Not really. There’s nothing particular I’m trying to portray. I think families are priceless but troublesome. I try and make films that get both sides of that across.

Our Little Sister is in cinemas 15 April.