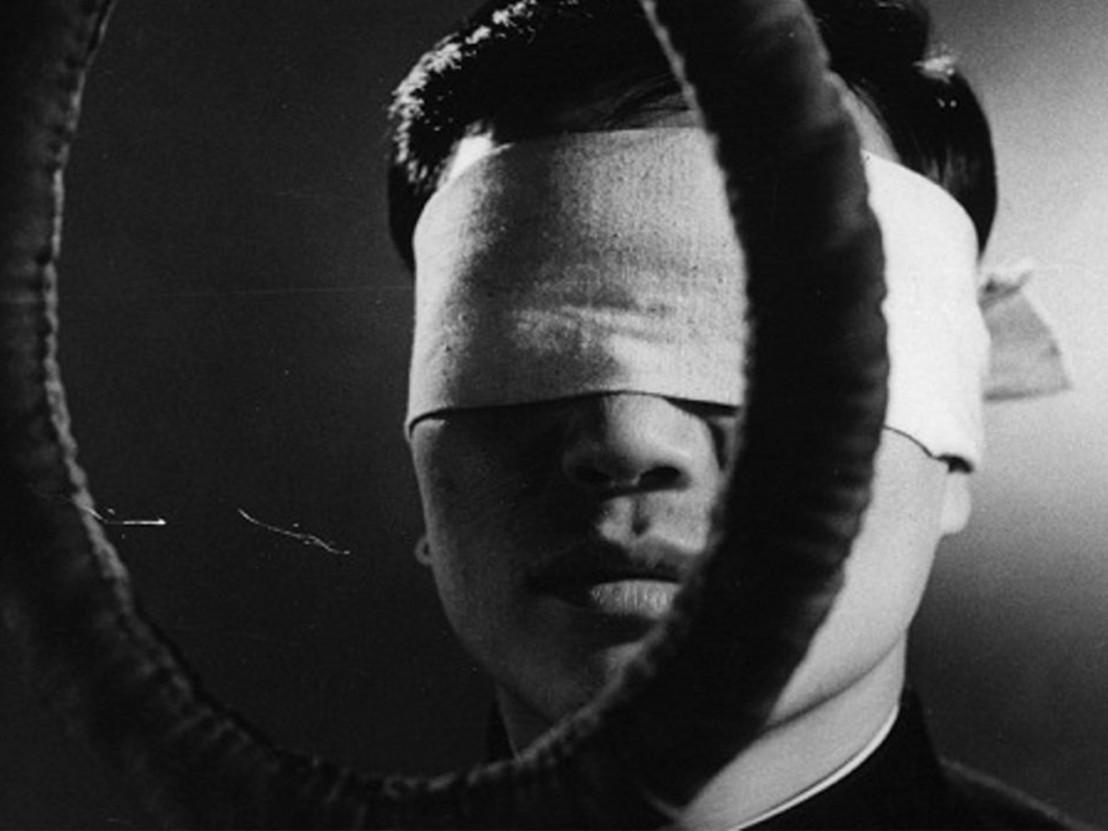 Nagisa Oshima, Japanese cinema’s foremost iconoclast, is remarkably difficult to pin down. From project to project, his chameleon-like style adapted to suit whatever his chosen subject matter. In contrast to the established Japanese masters Yasujiro Ozu and Akira Kurosawa, whose formal techniques and mood can be spotted in mere moments of observation, Oshima simply never fit into a box.

This is all very fitting, as his oeuvre is a restless one at odds with the society that surrounded him. Oshima’s commentary was never more pointed than in his 1968 masterpiece, Death by Hanging, in which he skewers, by darkly comic means, Japan’s cultural memory, heritage and irresponsible and unjust present.

The main target here is capital punishment. Inspired by the true story of a Korean young man convicted of murder, whose published letters served as inspiration to Oshima, Death by Hanging begins in an execution chamber, where nearly the entire film takes place. A man named R is guilty of raping and murdering two women and is about to be hung. But he survives the hanging and awakes without memory of his crimes or his identity.

A panic ensues as the officials seeing out the execution are at a loss. The doctor, chaplain, education officer, and the other on hand all scramble madly to figure out their next move. They decide they can’t hang R if he is no longer aware of what is happening. It would be wrong. Their solution? To refresh his memory by re-enacting the crimes in front of him.

The farcical yet infuriating scenario smacks of Dr Strangelove’s mix of absurdity and pitch black view of humanity. Oshima’s camera weaves around, capturing the frantic headless-chicken behaviour of the officials, transforming the box-like space of the chamber into a Rubik’s Cube of twisting pieces that never align. Beginning as documentary, segueing into a Brechtian theatrical piece, and escalating into surrealism, Death by Hanging is a maddening satire that can be difficult to laugh at with such high moral stakes. Oshima brilliantly unfolds Japan’s guilty conscience through his myriad characters and their dubious pasts and biases that become apparent as the film goes on.

The hypocrisy of justice, Japan’s historical mistreatment of Korea(ns), and imperialist national ideology are all torn to bits here with considerable aplomb. The most disconcerting character of all may not be the yappy education officer, who takes pleasure in acting out rape and violence, nor the other authorities who gleefully take part in the obscene role play, but rather it is the prosecutor who stares blankly ahead, a silent witness for most of the film who appears unmoved by the goings-on.

An instrument of Japan’s conformity, and representative of the nation’s suppressed unconscious, approving of whatever is deemed best by the powers that be. The film remains chillingly poignant today, and its themes extend beyond the specificity of Japanese society to anywhere where bureaucracy and institutionalised violence reign over humanity. Death by Hanging is a singular and visionary masterpiece that stands as one of the greatest Japanese films of the ’60s.

The film is available on DVD and Blu-ray now from The Criterion Collection and features an insightful 30-minute interview with Asian cinema expert Tony Rayns, who sharply clarifies the film’s ideas, as well as Oshima’s short 1965 documentary, Diary of Yunbogi, based on his own photographs taken in Seoul, South Korea, where he had striking encounters with impoverished street children.