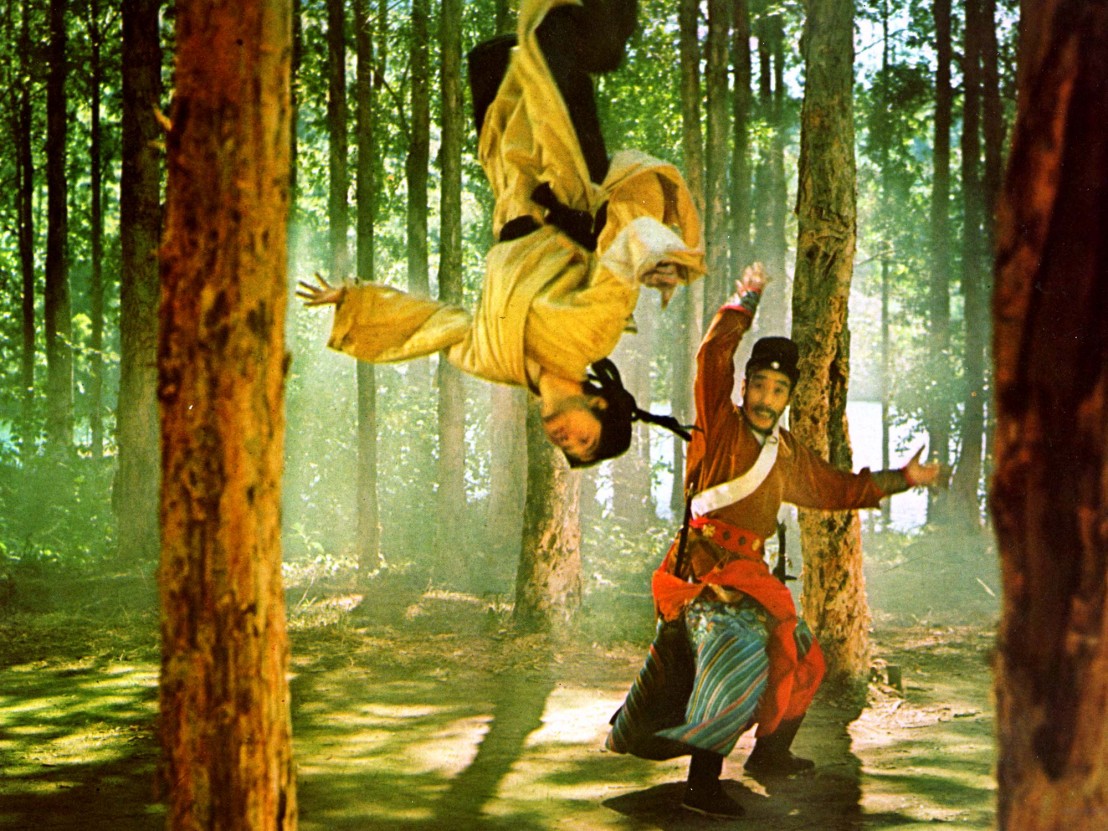 King Hu’s A Touch of Zen and Anthony DiBlasi’s Last Shift might seem literally worlds apart in terms of their provenance, period, duration and genre. After all, the former is an epic wuxia from Taiwan released in 1971 with a duration of well over three hours, while the latter is a contemporary American cop-shop chiller from 2014 that comes in at a brisk 84 minutes. Yet what these two otherwise disparate titles have in common is that ghosts – or at least the merest apparition of ghosts – haunt them to their generic core.

Hu’s film begins as a sort of backwoods masquerade, as Gu (Shih Jun), quietist scribe and portrait artist in a remote village, comes to realise that the local blind fortune teller Shi (Bai Ying), the weaver woman Yang (Hsu Feng) and the herbalist Lu (Hsieh Han) are not who they claim to be, but fugitives in hiding from the corrupt and vicious eunuch Wei of East Chamber. It also begins very much as a ghost story, with Gu and his mother squatting next door to a creepy, abandoned fort from which strange noises issue at night.

Once Gu has determined that it is in fact Yang living in the fort, he falls in love and promises to help her against her enemies. Though no fighter (indeed there is precious little fighting in the film’s first half), Gu suddenly reveals that he has his own hidden talents as a military strategist, and plots out a subterfuge that involves transforming the fort into a would-be haunted house with its own lethal booby traps – and so, as Gu surveys the workings of his deadly illusionism, we are also seeing the film’s own architecture as a ghost story deconstructed before our eyes. Yet the film’s supernatural machinery evaporates only to be replaced with a magical kind of Buddhist spiritualism (the titular ‘touch of Zen’) that reconfigures everything that has preceded into religio-philosophical allegory.

In Taiwan, A Touch of Zen was originally released in two parts. When put together (as here), they are overextended and too long by half, with many a dull stretch before the famous wirework action sequences finally kick in – although perhaps this will not prove too much of a challenge for the modern viewer who is a fan of, say, 2015’s The Hateful Eight (with its similarly protracted pace and duration). Certainly in its day Hu’s film elevated kung fu to the art-house, winning a special award at Cannes for its technical excellence in 1975, and getting nominated for the Palme d’Or – and its influence can be felt in Ang Lee’s Crouching Tiger, Hidden Dragon, Zhang Yimou’s House of Flying Daggers and even Takashi Miike’s 13 Assassins.

It is too early to say whether Last Shift will command a similar influence over other films, but it is easy enough to see the influences with which it has itself been haunted. As rookie officer Jess Loren (Juliana Harkavy) spends her very first night on duty babysitting an empty police station that is officially to be closed down the following morning, and finds herself under siege (whether from without or within), director DiBlasi and his co-writer Scott Poiley do not hide their debt to John Carpenter’s Assault on Precinct 13 – itself a radical reimagining of Howard Hawks’ 1959 oater, Rio Bravo.

If Carpenter’s stripped-down police siege flick has over the years become a cult film, DiBlasi incorporates an actual cult into his own iteration. For the old Sanford Police Station where Jess is keeping her vigil paid host briefly in the previous year to the demonic John Michael Paymon (Joshua Mikel) and two female members of his Manson-like family. Arrested for ritualistically slaughtering young abductees and also killing cops (including Jess’ own father), the trio hanged themselves that night, but not before vowing revenge – and now Jess, alone and uncertain, must face some very unwelcome visitors.

Last Shift is pure genre, but that is not to say that its genre is pure, given how deftly it ambiguates itself between being a story of ghostly vengeance and a tale of psychological breakdown, while leaving the disoriented viewer to call the difference. Once again, as with his previous features Dread, Cassadaga and Missionary, DiBlasi proves himself an expert at crafting unease and horror.

A Touch of Zen is released on Blu-ray & DVD in a Limited Edition 3-Disc Set by Eureka! as part of the Masters of Cinema Series on 25 January;
Last Shift is released on DVD by Fusion Media Sales on 18 January. 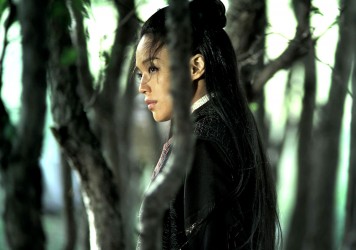 Watch the stunning first trailer for The Assassin

Hou Hsiao-Hsien’s martial arts period piece promises to be one of the best films of 2016.