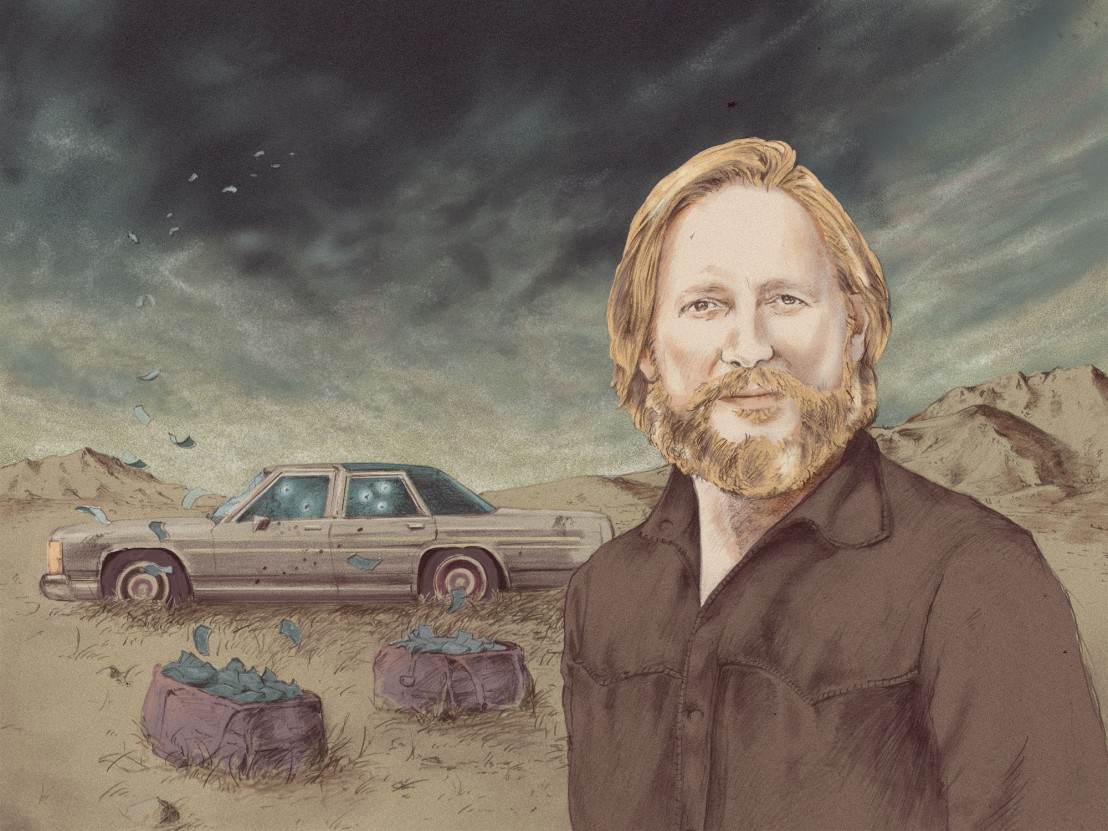 David Mackenzie: ‘My film asks some important questions about America’

The Hell or High Water director on the themes and influences that make up his finely crafted anti-western.

David Mackenzie has been making feature films since the early 2000s, working with everyone from Ashton Kutcher to Tilda Swinton. But it wasn’t until 2011’s Starred Up that the British director arguably found his groove. Like that acclaimed prison drama, Mackenzie’s latest, Hell or High Water, is a gritty, violent and at times disarmingly light-hearted drama in which law-breaking citizens lash out at the system. It also features a late career-best performance from Jeff Bridges as a veteran Texas Ranger tasked with taking down a couple of bank-robbing brothers (played with guile and gusto by Ben Foster and Chris Pine). We spoke to Mackenzie about his love of ’70s revisionist westerns and why he feels so disaffected with contemporary mainstream cinema.

LWLies: Hell or High Water is being called an anti-western. What’s your take on that?

Mackenzie: It’s partly a western and there are some western themes, but it’s also a road movie, a buddy movie and a crime story. People seem to be quite comfortable calling it a western though, so I’m happy to embrace that.

What are some of your favourite movie westerns?

I’m big on the revisionist westerns from the ’70s. You know, McCabe and Mrs Miller, Pat Garrett and Billy the Kid, the Sergio Leone visions of the west. There was something about the way they were reinterpreting the western. Each generation reinterprets the western and the sensibilities of each age sort of bends the western, which is interesting. Jim Jarmusch’s film Dead Man had that flavour in the mid ’90s, I guess myself and other people are doing the same thing now. We’re trying to make things connect to the now of it all. It’s obviously not cowboys and horses. There’s one scene with a cowboy on a horse saying, “Who would ever do this shit for a living?” It’s a goodbye to the Old West. So that’s the excitement of being able to do it from a contemporary perspective.

It does feel like there’s a renewed interest things like McCabe and Mrs Miller and other films from that period.

They’re great and I think we miss them. I think modern cinema has moved into entertainment, and sometimes people realise films can be more than just entertainment. Of course there are many arthouse films that are playing that game, but I mean films that have a kind of commercial possibility. There’s a movie called Charley Varrick by Don Siegel that really resonated with me when I read the script of this film. It’s about getting one up on the system in some way and the idea of taking characters who are on the fringes but making the audience warm to them. I’m into loving my characters even if they’re not necessarily lovable. There’s something interesting about the outlaw thing going back to Robin Hood and Roby Roy and “Pretty Boy” Floyd. It’s the idea of good people doing bad things for arguably good reasons.

In Hell or High Water the two main characters perpetrate bad deeds, but it always feels like the greater evil is ‘the system’.

I think we’re swimming in those waters and it’s part of what the film is about. That part of West Texas has been ravaged, and the effects of the financial crisis are still being felt. But then there is a sense of things beginning to recover now. It does feel timely though. It’s being released in US cinemas and it seems to be playing to both sides of the political fence. The film asks some important questions about America without necessarily answering them.

As in Starred Up, a cloud of violence hangs over this film. But there’s humour here too…

I sort of have an odd relationship with comedic moments. There is humour in Starred Up and all my other films – often in odd situations. I really like that. I like to be able to put some shades of lightness and darkness together, and sometimes that can be awkward. There’s actually quite a lot of stuff that Jeff did that’s just improvised. It’s one of the things I’m most happy about. There’s some laugh out loud bits. It slightly goes back to that ’70s thing. You can deal with heavy shit but also have a laugh a bit as well.

There’s optimism to it.

That’s a nice way of putting it. Given how thematically depressing it is, it is interesting that there’s some optimism there. But the way that I work as a director is I’m quite jazz about things. There’s always a lot of flexibility on the day and I try and under-prepare and try and not fix my vision of what’s going on until it’s there. I want a free and loose set that allows magic moments to come out and allows us to be flexible and bending with the material. Because that’s what it’s all about, It’s all about when the cameras are turning. All the pre-rationalisation of everything is all just prep; it’s slightly irrelevant. It’s all about what’s happening when you’re rolling.

It wouldn’t really make sense to cast Jeff Bridges if you’re not prepared to be a bit loose.

Jeff is great. As I said, there’s a lot of improv there. There’s a lot of magic that just came out, and it’s a great joy to work with all my cast, but there’s the icon of Jeff. To find that he’s loose and creative and embracing what he’s doing is great. And he’s a really fucking great guy. It was a very positive experience.

It’s actually one of the better performances we’ve seen from him in recent years.

I’m delighted by that. It was just a matter of Jeff and me clicking. We worked well together. All the way through the film I felt like we were doing great stuff. I’m pleased I wasn’t wrong.

Movies are so much part of my life. I love the evocation and watching things unfold. It’s an impossible question. It’s so much the fabric of my life, from a kid onwards. Oddly enough, I don’t actually see as many movies as I used to now that I’m doing it for a living. The experience of sitting down and watching an hour-and-a-half of a narrative unfold, all of the different textures and strategies of engagement that cinema is; it’s great.

When you do get a chance to sit down and watch a movie, what do you tend to watch?

All sorts, althoughI pretty much hate the big franchise fantasy movies. I have no connection to any of them, so I don’t see them. I guess I’m interested in ‘grown up’ cinema rather than cinema for kids.

Have you been offered anything of that ilk?

There are always suggestions floating around but I have no intention of doing that. Obviously, all films are fantasy, but I don’t really like that fantastic stuff. I’m not a comic fanboy or any of that shit. I sort of hate the fact that it’s so prevalent. It sort of seems to be pushing other things out of the way. I hope that soon enough those days will go, but it seems like there’s an unstoppable appetite to these things.