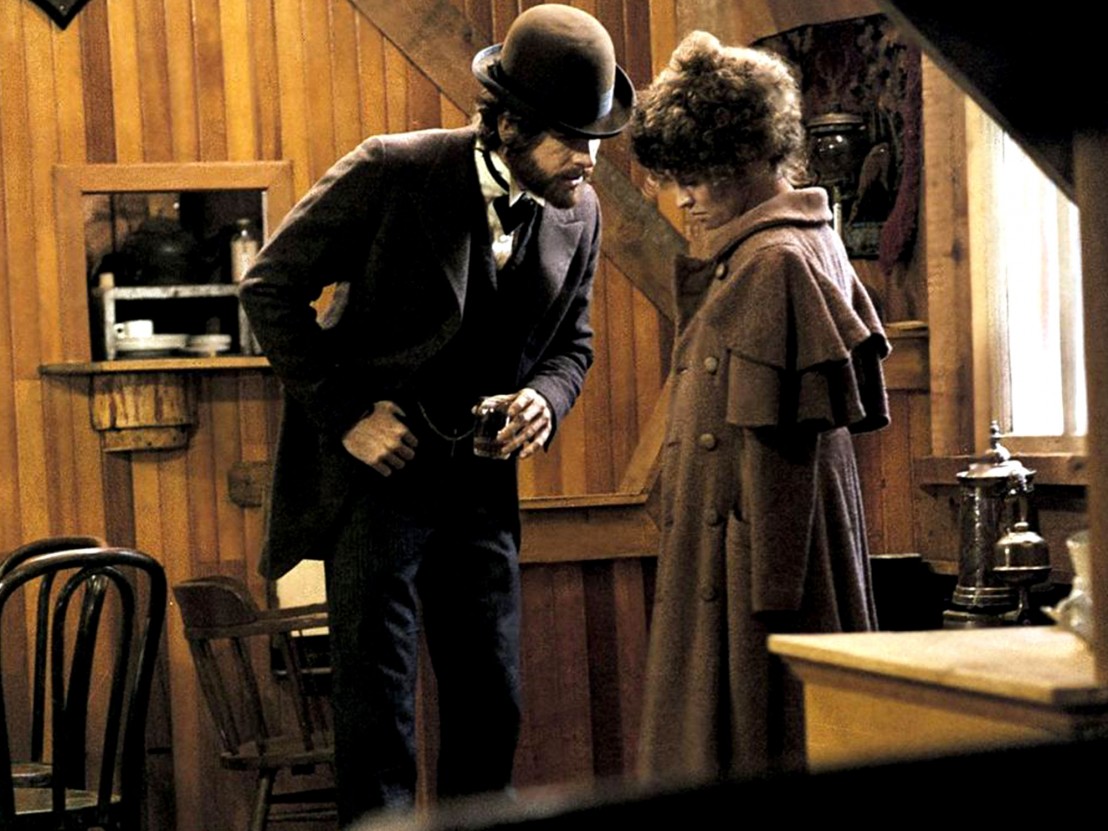 Set in a mining community in the rain-lashed wilds of Washington, McCabe moseys into town on a gloomy winter’s day. He’s affable and impressive. An almost-instantaneous measure of respect springs from a misunderstanding, one McCabe fails to correct. This mistake partly seals his fate, too. Poker players in Sheehan’s bar start to flap their gums, when they find out he goes by the name McCabe, and ask among themselves if it’s ‘Pudgy McCabe’ the gunfighter? The lads assume he is. Plus, he’s got a shooter on his hip. John plays along with the misperception.

Westerns are nearly always about proficient men. Those most capable thrive and survive in frontier environments or become heroes. In Robert Altman’s revisionist western, the traditional role is switched to a female character. McCabe is less than capable: he’s a fool and no hero. Constance sees the guy for what he is: a tinhorn chancer with little ambition and no vision. “If you want to make out like you’re such a fancy dude, you ought to wear something besides that cheap Jockey Club cologne,” she tells him over dinner, scoffing down four fried eggs, stew and a mug of strong tea. He sits and marvels at Mrs Miller, amused by her blunt speaking and ferocious appetite.

Everything about Constance (and the film) is astonishingly political and progressive. Even its title strikes a note for gender equality. (Edmund Naughton’s 1957 novel was simply called ‘McCabe’.) We know nothing of Mrs Miller’s backstory, although we later learn that she is a widow and became a prostitute in order to survive in a foreign land. She definitely sees – and understands – how the world she lives in deems women as items to be purchased or traded. (When arriving in Presbyterian Church from Bearpaw, she is mistaken for a mail-order bride.)

Miller is a strong-willed sex worker who refuses to play the role assigned to her by society: the fallen woman in need of redemption and a male rescuer. And how many films have you seen featuring a working girl reading a book? How often have you heard dialogue in which a brothel madam speaks like a sexual revolutionary and radical? When giving widow Ida (Shelley Duvall) a pep talk, before she receives her first client, the shy and nervous girl informs Mrs Miller that sleeping with Bart, the recently deceased husband, was “her duty.” Constance is having none of it: “It weren’t your duty, Ida. You did it for your bed and board. You’ll do this for your bed and board, too. Only, you get to keep a little extra for yourself and you don’t have to ask nobody for nothing.” It’s a bold, liberating sentiment.

Mrs Miller’s lack of interest in McCabe as a lover grows to torture the guy. When permitted to sleep with her, he pays for it. No special favours allowed. McCabe might be a schmuck, but it’s Constance’s fiery personality that he responds to, falls for and ultimately comes to respect. She might be below him socially, but she’s well above him intellectually. The one scene they get along in anything like romantic fashion, John doesn’t even realise she’s as high as a kite, having had a few toots on the old opium pipe, prior to their meeting.

McCabe does attempt to assert authority over Mrs Miller. Her forthright personality and sharp intelligence begins to gnaw at his sense of masculinity, as well as confront his privileged position in the community. John is stingy with his dough. “You’ve got to spend money to make money,” she implores him. His patronising attitude doesn’t wash, either. When he calls her “little lady,” she fires back: “Don’t give me any of that ‘little lady’ shit.” Constance’s entrepreneurial vim makes McCabe’s brothel a huge success. Only it becomes too successful. When John refuses a buy-out deal with a villainous mining company, they send in a posse to rub out the competition.

The film ends with McCabe dead in the snow and Constance zonked out on opium in a Chinese den. Everything they built has been lost. McCabe & Mrs Miller is a stinging tragedy because McCabe’s arrogance and stupidity robbed Constance of her shot at gaining control. She doesn’t need a man for companionship, just for business. If she’d have collected on the $1500 share of the sale, she wouldn’t have even needed that. Her goal – move to San Francisco and open up a classy bordello – is destroyed by male incompetence. 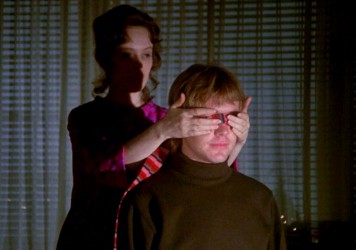