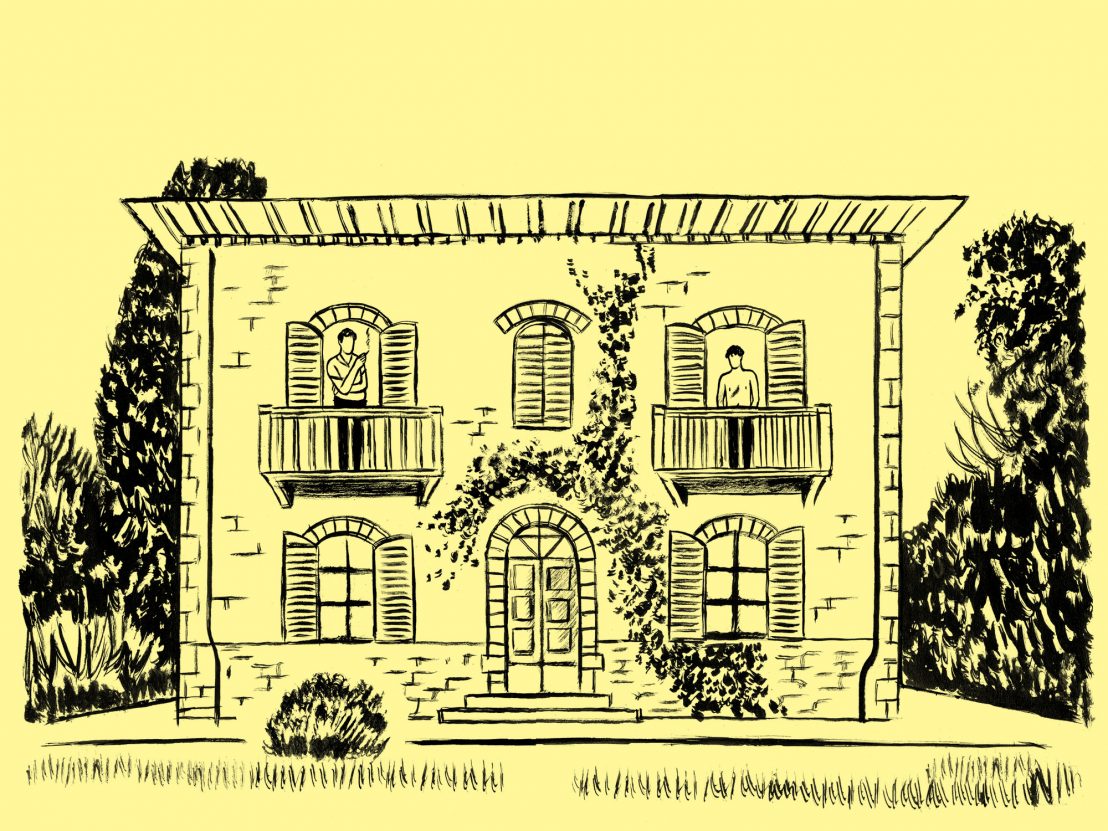 Armie Hammer and Timothée Chalamet, stars of Luca Guadagnino’s swooning summertime drama, Call Me by Your Name, answer our questions about movies, romance and what makes a great holiday.

LWLies: What’s your fondest memory from being on set?

Armie Hammer: If I had to pick one thing it would be the meals. Luca is a consummate epicurean, and watching how he sensually interacts with everything, it’s like he truly wants to fuck everything around him. It makes you enjoy the food more, it makes you enjoy the wine more, the ambience, the sensations, the fabric, the tablecloth, everything. There was this one meal we had in a little tiny town called Orzoni, we must have ordered at least a kilo of caviar. We ate caviar and drank ice-cold vodka and had amazing wine from the wine cellar. I recently went back to Crema, where we shot the film, largely to see Luca, but equally largely to go to that restaurant and see Stefano the chef.

Timothée Chalamet: Just the memories of Armie and Michael [Stuhlbarg] and Luca, exploring the town, hanging out, watching films together, getting espresso… There was a family bond that felt especially strong on this film. It was such a unique opportunity to work with a really generous and kind cast and crew. Crema is Luca’s home so we were very much in a Luca Guadagnino film.

What does happiness mean to you?

TC: It’s that feeling of flow. I think you can accomplish flow doing anything, it can be stapling papers, it can be playing sport, it can be the way you drive a car. If you can achieve that kind of ow where it becomes mindless, sensory and instinctive – that’s happiness.

When did you fall in love with acting?

AH: When I was about 12, I was living in the Cayman Islands, and I saw Home Alone – it looked like the most fun thing in the world. He was in his house, he had miniguns, he had flamethrowers, he had gadgets, he had booby traps. In my child-like brain, that was acting. It never hit me how real it was until much later when I almost got red by my agent at the time. She called and said, ‘You’re not working, you’re my only client who doesn’t work, I’m ring you.’ That’s when it became real and more about the work, and allowing fear of failure to be a motivating force.

TC: When I got to LaGuardia high school, which is a performing arts school in New York. Prior to that I had done some commercial acting, and when you’re selling products it’s a case of who can smile the biggest. With LaGuardia everything was about acting and reacting and addressing the existential questions of acting. It became about finding truth in art.

Read our review of Call My by Your Name

What’s your definition of a great holiday?

TC: Where you feel like you’re having time off, there’s no obligation to do anything and you can just recharge.

How would you describe your relationship with your co-star?

AH: We have a fantastic relationship, maybe one of the best I’ve ever had on a film. Timothée is such a special person in terms of the nature of who he is, and the talent that he possesses, which is just insane. I’m a little older than he is, so there were times that would kinda go, ‘Hey, listen, I know that you’re gonna do whatever you wanna do, but from my experience I’ve learned blah blah blah…’ and he never bristled at anything I said. He’s just a very open, terrific person

TC: It’s a really great relationship. We’ve got a real brotherly bond. I really lucked out getting to work with such a talented actor, someone I look up to so much. He’s also an amazing husband and an amazing father – he’s 30 and I’m 21 so to me he’s like a roadmap of sorts.

AH: An overabundance of vibrations in your body that all make you want to explode, like your body can’t contain it all.

TC: The definition changes by the day, and what I can think of today as far as what love is to me would be having the security to receive warmth.

When did you last cry?

AH: My grandma, about two weeks ago, she basically called all of the grandkids to say goodbye, and to say that she loved us. She’d been having strokes and she just felt that it was her time. That rocked me to the core, I completely fell apart. I was in the middle of a press tour for Cars 3 and dropped everything to go see my grandma. So, that was an amazing experience because we all cried, but we also laughed a lot more than we cried. We all got together and told stories about her and she told us stories about each other and it was just a really beautiful thing.

When did you last see your father?

AH: The safe answer is probably two or three months ago.

TC: About two-and-a-half weeks ago. We went to a café in New York; he was about to fly to France and we just had a nice little moment before he jumped on the subway.

AH: The last great, great movie I saw was Apocalypse Now. It’s the only movie I have saved on my iPad that’s not a children’s movie.

TC: I just saw Glengarry Glen Ross with my mom and it was awesome.

What’s the most romantic gesture you’ve ever made?

AH: I don’t necessarily believe in marriage, at least not the way people believed in marriage 50 years ago, where you got married to have a baby. But the biggest gesture I’ve ever made was committing to my wife. I was like, ‘I want to marry you. I know how much that means to me and I know what I hope it means to you. And then I want to have a baby, I want to start a family, I want to create an entire life with you.’ That’s a very powerful and romantic gesture, I think.

TC: Um… I mean, you can’t go wrong with flowers.

Call Me by Your Name is released 27 October. Read the LWLies Recommends review.