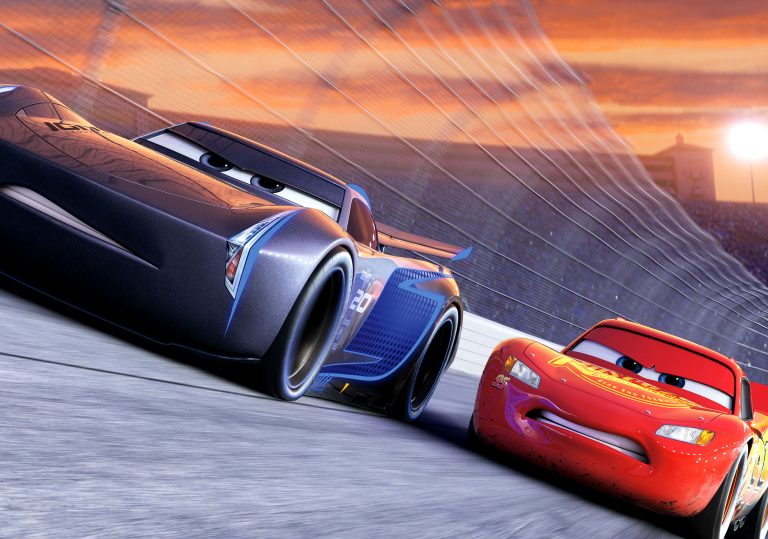 The previous Cars film was quite bad, but I never stopped loving those cars. And it's Pixar.

A rocky start but a really beautiful and unexpected conclusion.

Nothing exceptional but I am still moved just thinking about that ending.

This latest Pixar sequel is a digitally-rendered blockbuster which celebrates the joys of the analogue world.

The summer of 2017 offered the chance to witness the strange but telling coexistence of two diametrically opposing trends in children’s filmed entertainment. Two major movies on release take radically contrasting positions on the beast that has come to dominate blockbusters at large, namely technology.

In a radical departure from character lore expanded upon across five features, Spider-Man: Homecoming finds Peter Parker’s motivation for being a superhero is now not the sense of duty that comes with great power, but rather an aching desire to appear ‘cool’, using a new souped-up gadget suit and lots of hi-tech gadgets.  Obviously, the film’s marketing strategy is to sell similar hi-tech toys to the audience.

Set in a world solely populated by cute, animated motor vehicles, and aimed at a younger audiences, the Cars franchise too can shift merchandise. Within that context, the thematic argument against technology at the core of this new Cars film is all the more fascinating and refreshing.

In terms of a threat, race champion Lightning McQueen (voiced again by Owen Wilson) this time faces not a lack of self-confidence nor a gang of international criminals, but rather old age. His newest rival is rookie Jackson Storm (suavely voiced by Armie Hammer) a racer who trains on hi-tech simulators to break new records for speed.

Some of the film’s most amusing sequences show McQueen trying out similar training schemes himself, with the help of Cruz Ramirez (Cristela Alonzo), a trainer who once dreamed of being a racer herself. Constantly optimistic and high-energy, using personalised motivational exercises, Cruz is more of a personal coach than a mentor like Doc Hudson was in the original movie. Although now deceased, the Paul Newman-voiced character is the real centre of the film, a guiding light for McQueen when he is confused and lost, appearing in niftily edited flashback scenes. 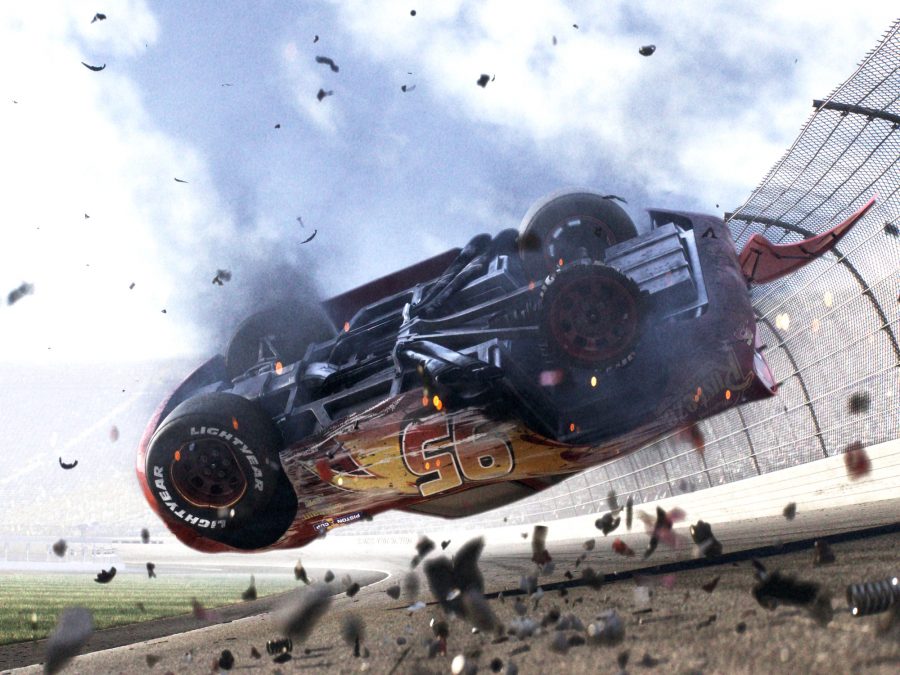 In the first film, McQueen was an arrogant rookie ultimately humbled by a sense of history, learning from old racer Hudson. In the third film, it doesn’t take long for McQueen to return to these roots, this time more than willing to be given advice. Ditching the hi-tech simulator for real roads, he seeks the help of other racing legends and friends of Doc Hudson – while the new Spider-Man film erases history, McQueen instead looks for his to better prepare his future. Yet rather than simply use the elders’ wisdom to his own advantage, our hero eventually faces a totally unexpected and beautiful realisation, a classic Pixar moment of bittersweet poignancy.

Unfortunately, this lovely tale of the importance of history and community is coated in a ‘kids movie’ tone that feels all the more artificial and unnecessary after the brutal sincerity of Inside Out proved so popular with children. The jokes of McQueen’s best friend Mater often feel forced and tired compared to a real spontaneity in the first film. The animation here is also fuzzier and less contrasted.

Cars 3 relies on the strength of its race sequences, which remain as exciting and gorgeous as ever. McQueen’s near fatal accident at the beginning is quite a marvel of editing and animation and even features a rousing score that recalls the theme from Rocky. Although some moments fall flat, sequences such as this one vibrate with a sense of inventiveness that characterises the best of Pixar.

Themes of self-delusion, success and friendship that might have seemed banal and expected eleven years ago now feel fresh again, in a climate where most kids’ films have no real or realised themes at all. Although it is far from perfect, this is a rare instance of classic Hollywood storytelling done well and remains a good time at the cinema almost on the basis of that alone. Finally, a hi-tech movie aimed at young people that is actually about something.

The previous Cars film was quite bad, but I never stopped loving those cars. And it's Pixar.

A rocky start but a really beautiful and unexpected conclusion.

Nothing exceptional but I am still moved just thinking about that ending. 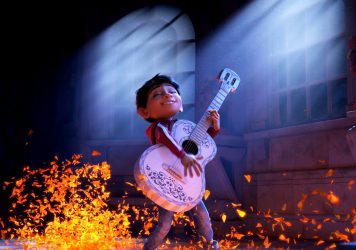 The animation studio’s latest is inspired by the Mexican Day of the Dead.