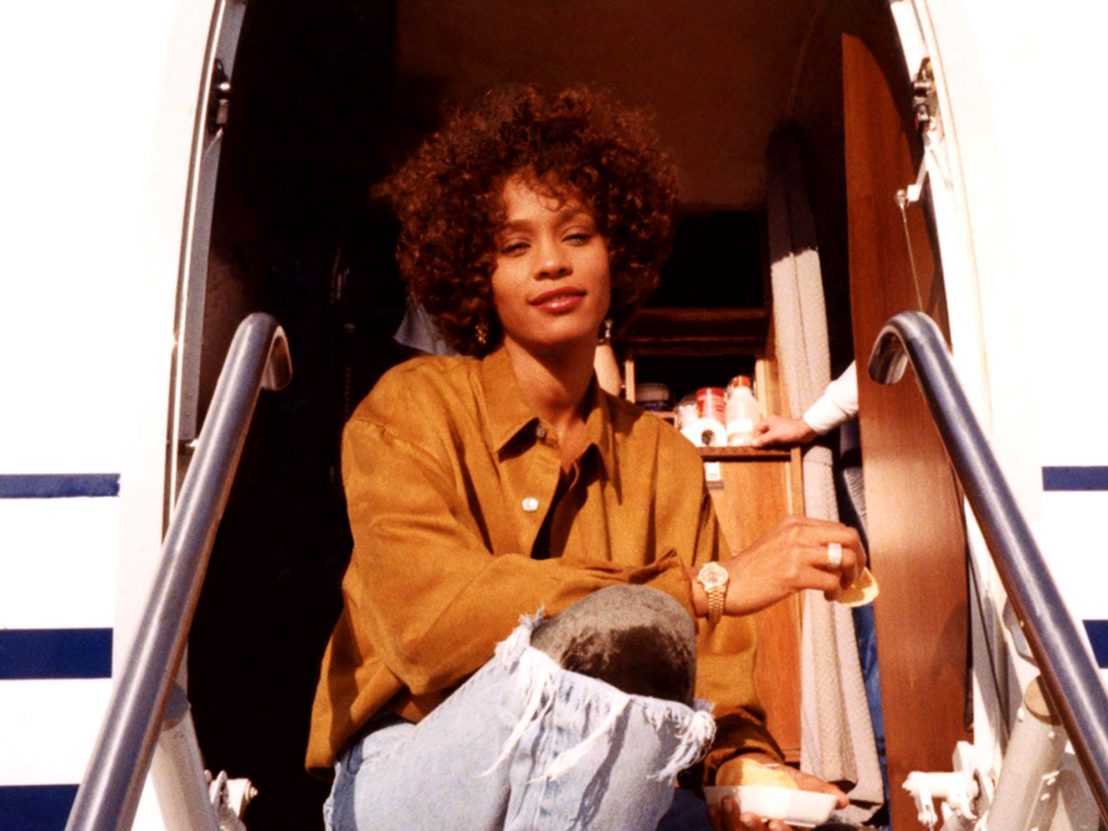 Kevin Macdonald offers a rich and revealing glance back at the life of troubled pop sensation Whitney Houston.

No, that isn’t a typo. Just over a year on since Nick Broomfield delivered his rather ropey Whitney: Can I Be Me, Kevin MacDonald returns with another profile of the late gospel singer turned global pop phenomenon, Whitney Houston. Yet where both films are cars travelling to roughly the same torrid destination, MacDonald is at the wheel of a Rolls Royce where Broomfield shambles along in a Nissan Micra.

It might feel wrong to compare the two, but while they’re essentially similar films which revisit the dramatic saga of Whitney’s life and death, this new one manages to do so without making it too obvious that it’s pushing a thesis or desperately attempting to uncover a conceited new angle as to why the subject’s life went so spectacularly off the rails.

This film aspires to reframe Whitney’s story as a uniquely American tale. Montages made up glossy advertisements for junk food, sporting events, white goods and other ’80s cultural detritus are used as a shorthand to connect the star to a society voracious to consume anything and everything that came its way. Frankly, it feels like a cheap device which skews the focus away from the far more interesting matter of Whitney’s career, her private life and the self-serving members of her extremely weird extended family.

“Nippy”, as she was known, was bred for success by her insistent, possibly overbearing mother Cissy, who had achieved moderate success herself as a backing singer for the likes of Aretha Franklin and Elvis. In 1984 Whitney nailed her debut TV performance on the Merv Griffin Show and was duly catapulted into the stratosphere, even though her slickly-produced brand of RnB-inflected dance pop was later cooly received by members of the black music fraternity.

Then it was arena tours, albums, film appearances, chat shows, photo shoots and more cash than she could ever spend in her lifetime (although not more than the members of her family could burn through). She suffers through a ruinous marriage to Bobby Brown, who appears here as an interviewee though offers nothing of real value as he blankly refuses to discuss the possible causes of Whitney’s demise. There’s also the public indignity of being sued by her own father which led her to seek solace in drugs, a habit which she was never truly able to shake.

Formally, the film isn’t offering anything new, and if you’re just here to enjoy the music, then maybe best stick to the records or a YouTube playlist. Yet even though it has been endorsed by the Houston family, it still manages to head to some extremely dark terrain, and there are revelations here which emphasise the extent of Whitney’s deep-seated psychological torment and suggest that, as a person able to cloak her sadness, she was as great an actor as she was a singer.

All told it’s another solidly constructed doc profile whose very nature leads it to milk the inherent tragedy of a celebrity who checked out ahead of time. Despite its insider endorsements, MacDonald gives members of the family enough rope with which to hang themselves, and he does, thankfully, try to allow the material to speak for itself rather than push National Enquirer-style crackpot theories.

The one missing link here (also missing from Broomfield’s film, but more of a focus), is Whitney’s friend, confidante and rumoured lover, Robyn Crawford. If she ever decides to come forward and spill all, it seems like there could very well be another Whitney movie in the offing.