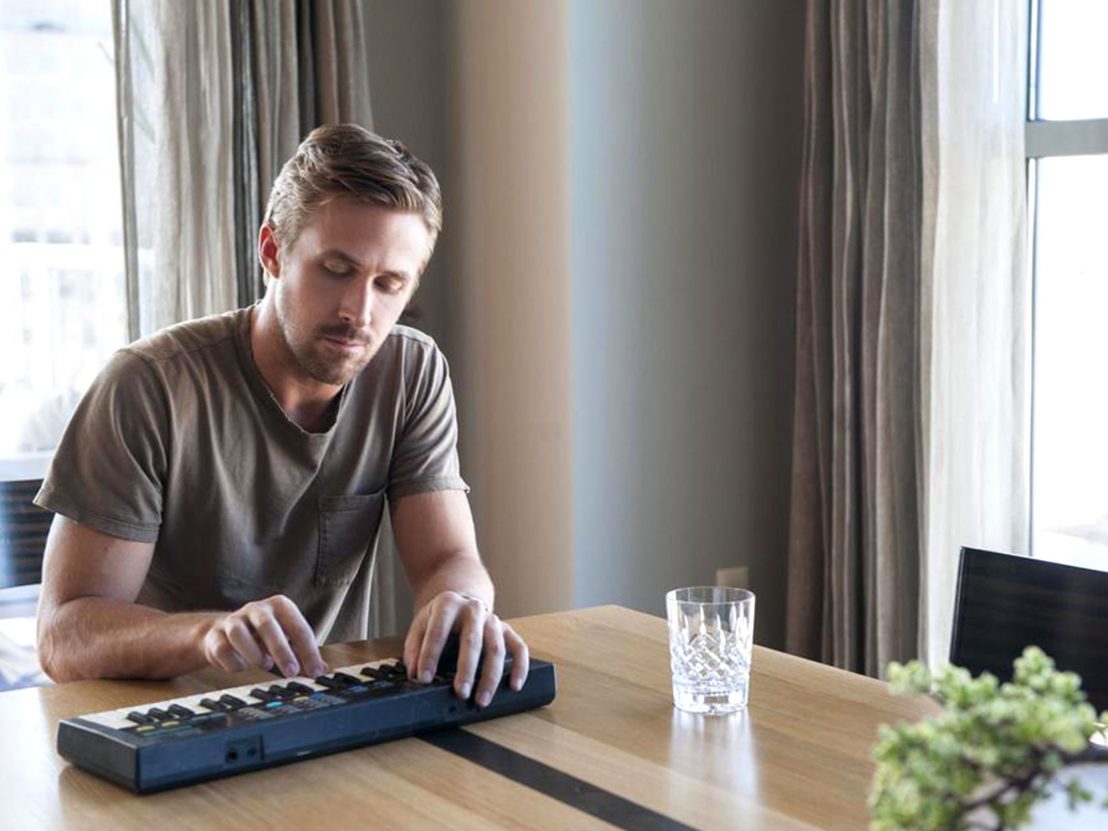 There is nothing in cinema that currently compares to the radical five-film symphonic suite made by Terrence Malick between 2012’s The Tree of Life and 2017’s Song to Song. Not Marvel. Not Fast and the Furious. Not Saw. Not anything. Sure, these films aren’t for all tastes, and they’re not at all meant to be. And they do require the viewer to put conventional critical faculties on stand-by, like you would close your eyes and mouth and hold your nose as a giant wave crashed over your head. They are euphoric, active experiences that demand a small adjustment of perspective.

Yet it also feels apt that the boys down at NASA lightened the news cycle recently by announcing that one of their Chilean telescopes had discovered a new solar system. The digital image of these new planets, aligned like cosmic Christmas tree baubles, kept entering my mind while ingesting the achingly romantic roundelay, Song to Song. This set of films equate to a new frontier, one that we’ll probably not reach or understand within our own lifetimes.

But what is it that makes them so extraordinary? The French director Bruno Dumont once said that he values feelings that don’t correspond to obvious screen drama – tedium, listlessness, confusion, depression. In a similar way, Malick’s late work adopts this counterintuitive approach to almost every aspect of the filmmaking process. He foregrounds difficult emotions, and realises them in bold, unconventional ways.

Song to Song exemplifies his unique and ultra-sensual mode of montage-based storytelling, where human characters are constantly submerged in an endless, glowing stream of consciousness. Here, the eyes are not the only the window to the soul – the twitch of the hand, a twist of the neck, the accelerated breathing pattern can also offer vital signs of life. The eyes are less important that what those eyes are looking at, and who’s looking back. 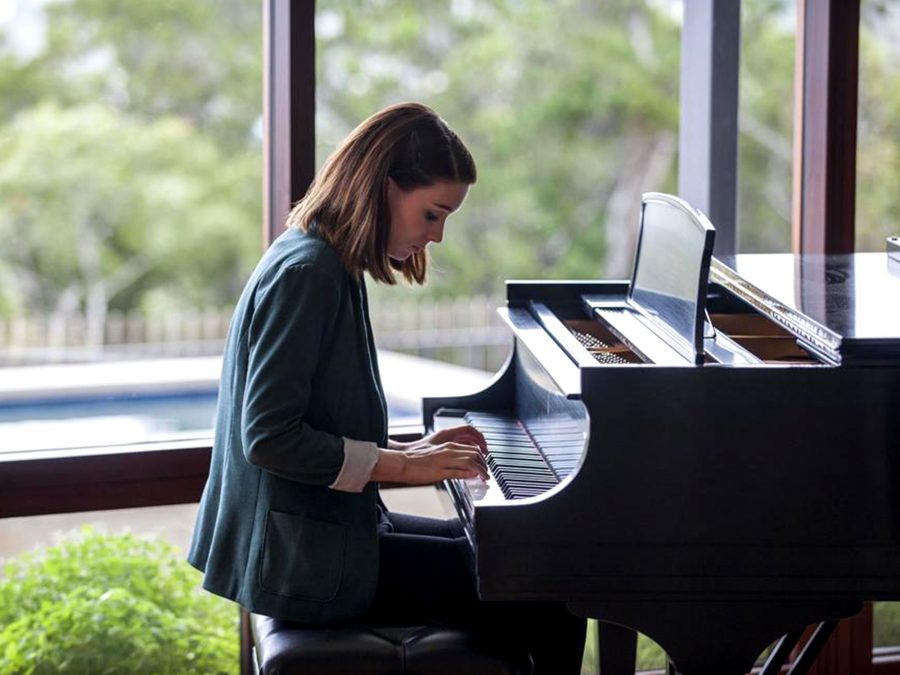 Rooney Mara is Faye, a rudderless, whey-faced indie pop damsel who’s latched on to the arm of mephistophelian music producer Cook (Michael Fassbender). She sees this grinning lothario as a whiskey-soaked means to an end, working as his “secretary” and daisy-chaining between studios, soirees and rock festivals. Gliding into her consolation comes Ryan Gosling’s angular singer-songwriter BV, and an instant connection is forged. Their meet cute is a moment of screen bliss whose romantic legacy lingers throughout the film. They literally, purposefully bump into one another at a pool party and she offers him the bud of her earphones. It comes across as the most natural action imaginable, as two bored and beautiful figures randomly decide they want to be bored and beautiful together.

As with Malick’s previous narrative feature, Knight of Cups, this one also dances around a set of characters whose personal traumas leave them blind to the natural beauty that surrounds them. There’s a biblical feel to this film in which lovers become so intwined with one another that they’re numbed to the elements – the peach-hued Eden of Austin and its dustbowl city limits. Even the discovery of a furry caterpillar in a cornfield at dusk (where else!) becomes an excuse for the couple to touch and paw one another. Watching these scenes makes it apparent how few films fully embrace the heavy portent of when skin brushes on skin. This tactile element to human relations seems so difficult to capture on film, but Malick makes it the subject of the entire enterprise. 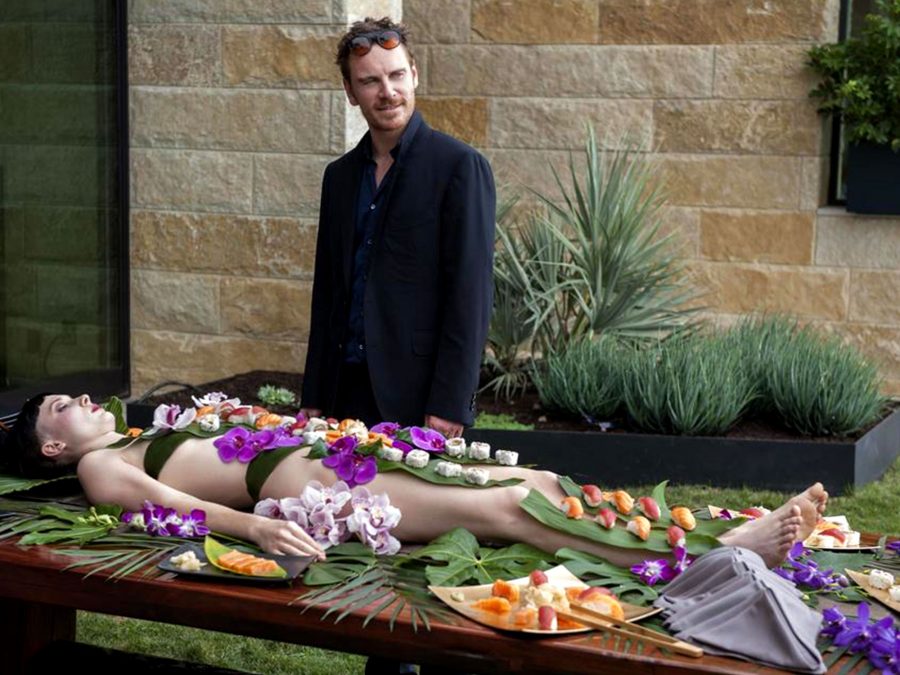 Yet the palpable excitement that comes with the ritual of officially becoming boyfriend and girlfriend (or maybe even girlfriend and girlfriend) leads to a life of anxiety, jealousy and existential turmoil. And this isn’t rendered through scenes of stock anger or theatrical displays of ire, but through the painful decisions the characters make.

The film doesn’t give much time to fleshing out the details of professional life, instead placing emphasis on the precious moments in between. Maybe Song to Song is Malick examining the fine differences between love and falling in love. Falling in love is a means to a mysterious end, while love itself is the end. The stimuli of modern life has conspired to make us aware of this depressing fact.

It never once feels like the film engages with anything as ephemeral as politics or social issues. It’s unworried by the banal logistics of living, and as such, if feels unfair to engage the film on that level. The camera is naturally magnetised towards lithe female bodies much more than it is to men, and perhaps this decision roots Malick’s erotic impulses into a more, shall we say, “classical” sensibility. He never depicts sex in the film, just the dry-humping overture, and the becalmed, businesslike conclusion. He’s unselfconscious about the fact that film is naturally subjective, and he is trying to use the image to depict bodies and landscapes in disarming and enchanting new ways.

At one point the film was called Weightless in reference to a scene in which Fassbender and Gosling are seen floating around in a reduced-gravity aircraft as it divebombs towards Earth. This could be read a sightly trite expression of the feeling that comes with falling in love. But the title Song to Song is stronger, pointing to the idea that life is a continuous, constantly-surprising and tonally promiscuous mixtape whose tracks sometimes magically synch up with the surroundings, but often give those surroundings new meaning. Occasionally, the connection is just downright off.

In that sense the film is a deconstructed musical that’s loaded with all the rhapsodic highs and lows associated with the genre. The actors work hard to make their characters inscrutable but empathetic, especially the sad-eyed Mara and stone-faced Gosling. Malick is looking to answer the big questions by focusing on the smallest of nuances. He gets at things and makes breakthroughs without ever really pushing. It’s a majestic and profound film in which human beings waltz with one another and occasionally swap partners.