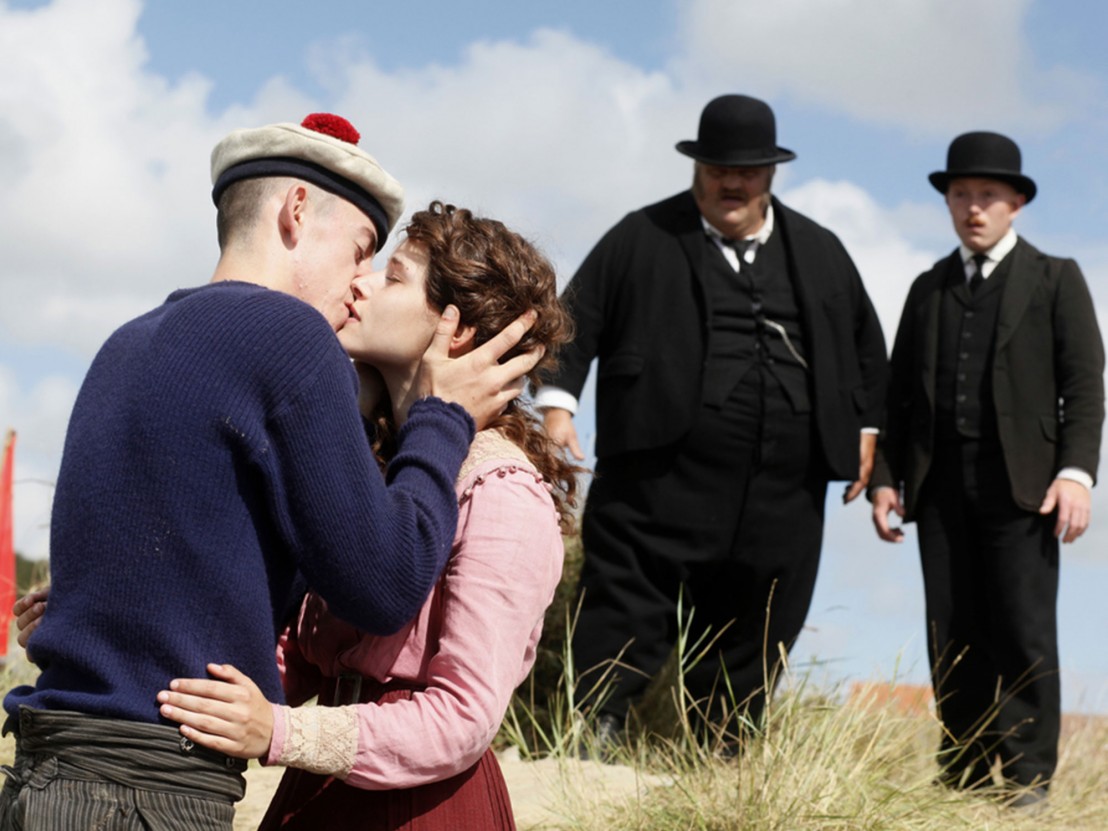 Director Bruno Dumont invites us on a French sea-side holiday with a macabre twist.

It’s hard not to view the new film by Bruno Dumont as something he’s been asked to make rather than something he actually wanted to make. Of course, it’s a heinous crime to second guess the intentions of such a vaunted European auteur, but Slack Bay replays the baroque agrarian comedy of 2014’s TV mini-series, P’Tit Quinquin, but with a more curt runtime and a clutch of marquee names. Yet it’s the small tweaks to the tested formula that somewhat sours the brew.

There’s little in the way of a story, merely a considerable ensemble of actors (and non-actors) who buffet and bounce into one another, never making a connection that transcends the physical. People talk (or shriek or mumble), but no one listens. There’s a roly-poly police inspector whose catchphrase, “Hell’s bells!”, gets funnier each time he utters it. There’s a lupine muscle picker, Ma Loute, whose sideline ferryman business is a front for cannibalistic meat harvesting. There’s a family of monstrously daffy blue-bloods holidaying at the film’s gorgeous costal bay setting which is gradually being transformed into a resplendent crime scene. It’s Bruno Dumont for sure, but his hand-tooled sand yacht is very much on autopilot.

There’s a point where this looks to be some kind of gender/class war retooling of Romeo and Juliet, where dirt-poor Ma Loute accrues a grudging fondness for the mysterious Billie, who conceals whether she’s a boy dressed as a girl or a girl dressed as a boy. But then, as swiftly as this concept is suggested, it’s reneged in favour of a turn-of-the-century murder mystery, then an oblique literary family saga, and then, and then… Finally, even more strange and surreal things start to occur, and you’re left not really knowing what to think.

Much weight is placed on the sound design, as if Dumont feels that the audio produced by the bodies of his characters are as important as the dialogue. The location is a character who also talks, be it through the satisfying crunching of shells in the opening scene, or the amusing squelch of rubber which emanates from the corpulent inspector. In the world of this director, even the land is never just a passive presence, its innocence is questionable. The topography of the dunes, the placing of the buildings, the viewing vantages from different points, all play into the overall intrigue.

Yet, even though it’s admirably high on eccentric incident, it still comes across like Dumont is replaying the same jokes and motifs over and over with little in the way of basic cohesion. Two hours is made to feel a very long time. Juliette Binoche enters the fray as a flouncing, self-obsessed dowager who talks in a high-pitched whine and turns on a dime from from ecstasy to desolation. Her shrill schtick is a hearty meal. Too hearty. Sick-making, you might say. Repetition is always prized over variation, and so interest in the world and its characters wanes accordingly.

On the evidence of his stunning past work, Dumont is a director who values cut-glass precision, but this is seemingly the first occasion where he’s allowed his actors more free reign to pratfall off their own steam. It’s telling, however, that the name actors (amusingly, the blue-bloods) are always less funny when consciously trying to be funny, whereas the non-actor paupers, who just stand and gawp, are always more naturally amusing. This is Dumont making a film about the the relative merits of professionals and non-professionals – the former are flouncing ninnies with airs and graces, the latter just want to murder you and eat your corpse.