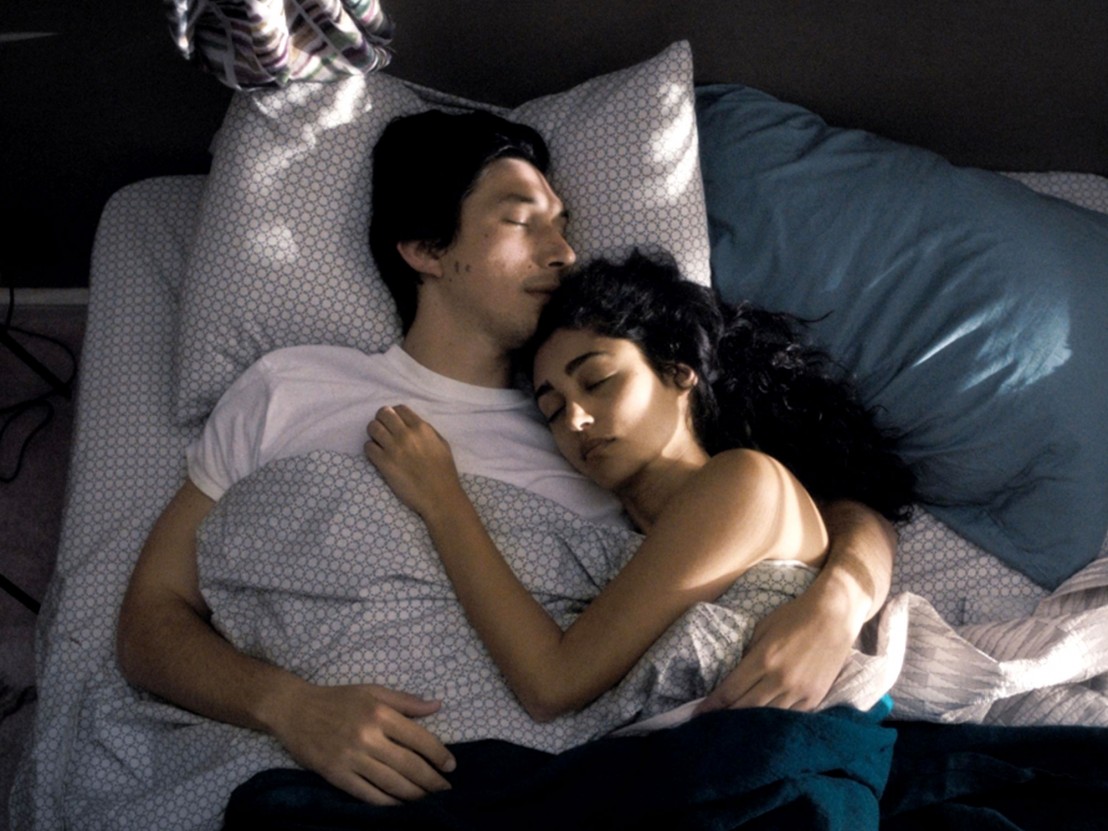 The humble bus driver is afforded the rare opportunity of deep, exhaustive observation courtesy of Jim Jarmusch. He glances upon the immediate environs of his familiar route and drinks in the colour and detail which he will store for later use – perhaps channelling his sightings into a quick poem?

Paterson is the name of one such civic clock-puncher, played here by Adam Driver in full-on droopy hug-me mode. By coincidence, he was born and raised in the city of Paterson, New Jersey, where he now lives in a cottage with his overactive girlfriend Laura (Golshifteh Farahani) and his obedient yet strangely sinister English bulldog, Marvin. The film charts seven days and a morning of his life. It observes the observer.

Paterson is less an ode to creativity and more about looking at the physical minutiae of how we absorb influences through the senses. The film offers a note of caution, too, suggesting that we should be selective about the people, objects and feelings that deserve artistic monuments erected in their honour. Lou Costello rightly deserves his own park which is situated on Paterson’s route, while Ohio Blue Tip matches, a brand used by the couple, become the catalyst for a love poem. Paterson writes his poems while Jarmusch is busy crafting his.

It’s hard to place this film within the director’s canon: it has that driving-around-aimlessly vibe of Mystery Train and Night on Earth; there’s the crestfallen sadsack of Broken Flowers; the bold, surprising genre deconstructions of The Limits of Control; and the belief that art is the essence of life (or at least the thing that makes it bearable) from Only Lovers Left Alive. Considering all these connections, Paterson is still out there on its own, staking its casual claim for downhome originality.

The film’s cyclical structure and its use of single-serving bit players enhances its claim that life itself is just a secret scrapbook of poetic thoughts. Oh look, there’s Method Man spitting rhymes in a 24-hour laundrette. There’s Sam and Suzy from Moonrise Kingdom discussing the roots of late 19th century Italian anarchism. Everything has rhyme, meter, meaning and emotion. Opposites attract and, when combined, form something new. Brussel sprout and cheddar cheese pie, anyone?

Watching Paterson is a game of guessing how Jarmusch came up with such a curious and playful concept. Maybe he just started with the location and started to excavate, looking for interesting people and stories and then building associations between them. A notice board at a local dive bar collects archive newspaper cuttings which remind the patrons that Paterson is a city that has produced many valuable cultural icons.

This is a film which proves the thesis that anything, anywhere or anyone looked at for long enough will start to change, will provoke interpretation and hopefully become the catalyst for an enchanting tale, or possibly form the basis of legend. And while everything we see has its precedent set in existing art, existence is so rich and untenable that there’s always room for a little more. It also offers a most delicate takedown of rampant commercial regeneration and the 21st century desire to constantly change and update. Paterson refuses to buy in to the smartphone revolution and also jots down his poems in a physical notebook and with a ball-point pen. Laura, meanwhile, spends her day at home customising drapes and preparing for farmers markets.

There’s a comic tension between the pair born from these lightly opposing attitudes, but Jarmusch isn’t using the film to lament the lost era of the analogue, but he says that it’s very possible for those who pine for the past and those with misty-eyed sights on the future to live in happiness. Paterson is a pure shot of oblique charm. It’s like a museum to wander around and gawp at all the wonderful exhibits.