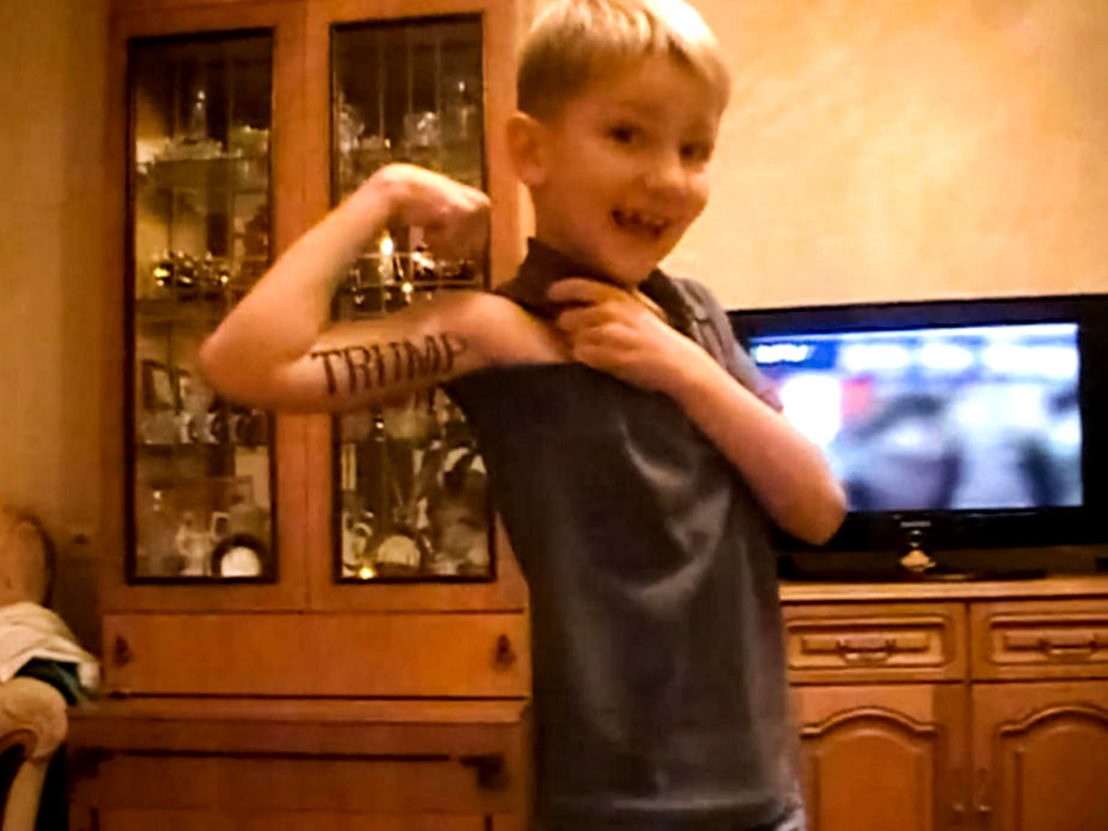 The 2016 US presidential election feels a long time ago. How many lifetimes have flashed before our eyes with every new travel ban, deportation story or nuclear threat? Stepping back just six months practically feels like time travelling. Maxim Pozdorovkin’s documentary, Our New President, allows us to revisit these recent memories – but from a perspective that’s equally fascinating and horrifying.

Stringing together dozens of YouTube clips, wooly conspiracy theories and state-run newscasts in Russia, the film dumps viewers into the deep end of the fake news pool during the election and a few months into Trump’s presidency. The found footage is then cobbled together for a sometimes comedic and often bewildering effect. At times the documentary looks both like a horror movie and an ambitious art film.

However impressive the collection, there’s little beyond shock value in watching Russians on vlogs and TV shows praising Trump. In tearing apart Hillary Clinton’s reputation, the admiration heaped upon Trump fuelled a cult of personality that’s refashioned the real estate tycoon as a folk hero. It’s not likely an accident that most of the self-filmed tributes to the new Commander-in-Chief are from men young and old, with women typically used objects in these videos if they’re there at all.

Somewhere between a bizarre video attributing Clinton’s “poor health” to a mummy’s curse and music videos where a rapper imposes Trump’s face over his own, the film’s message – whatever it was – is lost. It leaves us empty handed and with an uneasy feeling. In the same way that we feel numb after so much bad news, sitting through 80 minutes of is often overwhelming. Our New President would perhaps work better as a museum exhibition, a collection of artifacts to be gawked at and learned from.

The haphazard assortment of footage is a peek into the manufactured reality running unchecked on the internet. The film’s sources looks to be laid out in chronological order, but some of the clips seem to have come from the lunatic fringe, and not the state-run outlets. This unfortunately dulls the chilling thought of an organised attack on the media with silly fantasies.

There’s no buffer between the viewer and the absurdities spewed up online. Reality and illusion are blurred so much here that if the filmmaker inserted a fake example of fake news, one would have trouble spotting the lie. A well-made collage may be art, but it doesn’t always connect with its audience, and if this documentary’s purpose is to inform then that may be an issue. There’s a 12-minute version of Our New President that I found to be much more effective. There’s no need to get lost in a museum of nonsense for so long.