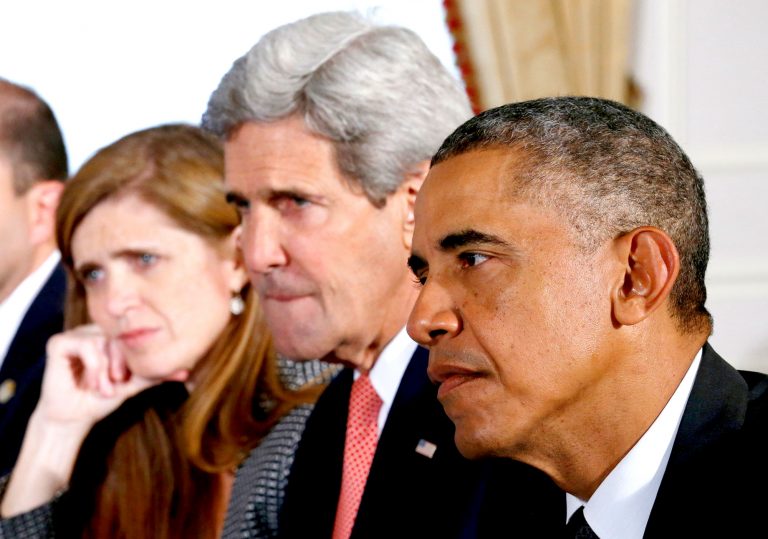 Offers the promise of unprecedented access into the West Wing.

Occasionally illuminating insights into diplomacy, international relations and the cultivation of self-image.

An attempt to write history quickly and cleanly is destabilised by sour reality.

Barack Obama’s final year in office already feels like a long time ago, so much so that Greg Barker’s documentary on the subject seems to recall a simpler time. Despite containing material shot as recently as January 2017, it is immediately apparent that The Final Year depicts a considerably different administration – and indeed a different America – to the current reality.

In the first scene, Ben Rhodes – one of Obama’s speechwriters and closest advisors – explains the unexpected presence of the camera by saying to other West Wing staffers that Barker is making a film, “about our administration’s diplomacy”. Tasked with condensing an entire presidential year into 90 minutes, Barker is wise to restrict his observation. His documentary is a mix of fly-on-the-wall material and to-camera interviews with both staffers and the 44th president himself which is structured by department.

Looking almost entirely at the field of diplomacy, Barker’s interest is in the ways that Obama’s administration sought to close their term by reaching out internationally. This arrives in the form of big gestures (Obama speaking in Hiroshima, or meeting diplomats in Vietnam) and small ones (UN ambassador Samantha Power meets the mothers of girls kidnapped by Boko Haram, then later barters with her children using doughnuts).

There is a problem with starting a documentary with a clear intention. In this case, it’s to celebrate one of America’s most progressive and (comparatively) peaceful presidencies. But there are also a set of assumptions in place, namely that the president at the time of the film’s release would be a democrat. The unpredictability of reality ends up intervening.

It seems odd to fault a filmmaker for his failure to rearrange his film to match a fracture in reality, but the valedictory line Barker perseveres with rings false, his hopeful conclusion is wilfully naive. Granted unprecedented access and the kind of candour afforded by the participant’s awareness that they will be out of office by the time the film appears, Barker had an incredible opportunity to create something revealing. The end result sadly falls slightly short.

Barker observes the administration’s final attempts to create a legacy that endures. He arrives at the latter stages of the last leg of any term in office. Any work undertaken – especially that which is incomplete – may be reversed or undone by the subsequent president. There is a rush to tie up loose ends, to polish the developing relationships and push through planned policy. This drives a documentary that might otherwise feel ambling, and also provides it with its most cutting and painful irony.

From the moment that Trump first appears in the film, as a tangerine glow on a CNN monitor, he remains a spectral presence that threatens to overshadow it. As news anchors debate candidate Trump’s rising popularity, Rhodes refuses to hear it. On election day, for the first time in his life he’s speechless. “History doesn’t follow a straight line” proclaims Obama in the film’s closing moment. His legacy has been set utterly off course, and with it, Barker’s attempt at a pre-written summation falters.

Offers the promise of unprecedented access into the West Wing.

Occasionally illuminating insights into diplomacy, international relations and the cultivation of self-image.

An attempt to write history quickly and cleanly is destabilised by sour reality.