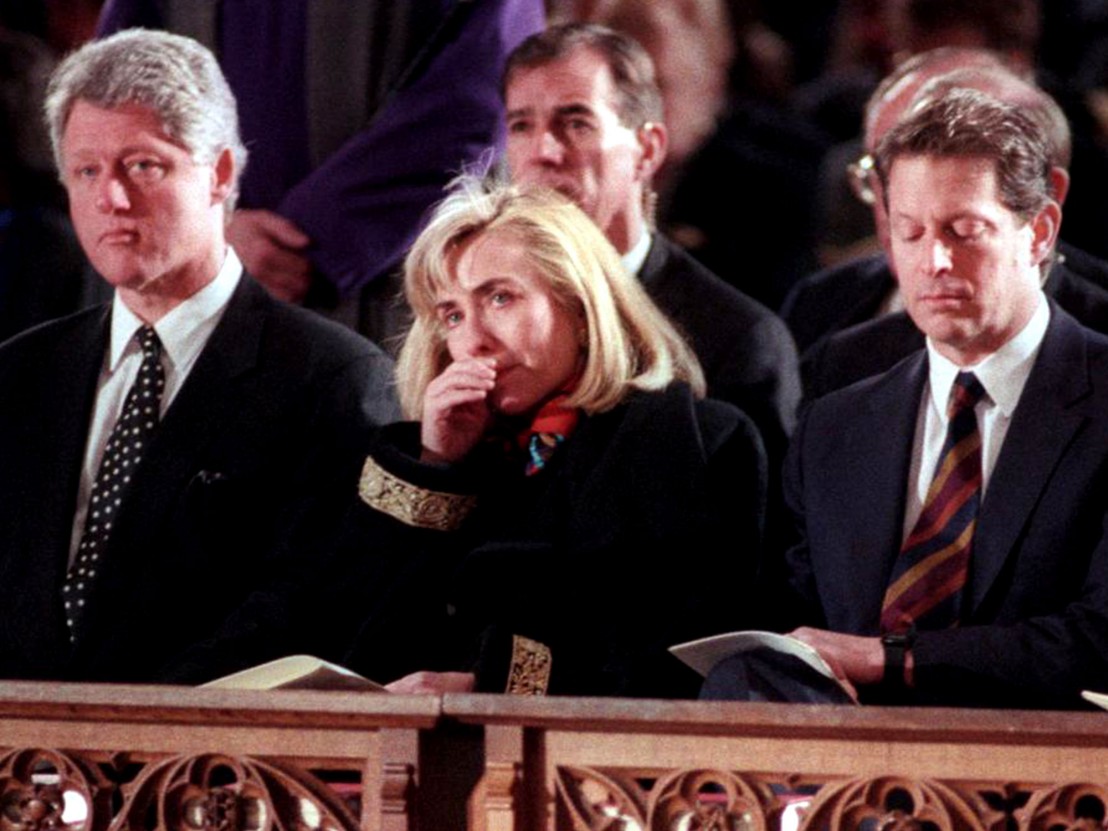 In late 2015, 15 hours of uncut footage shot for Ted Cruz’s campaign TV spots appeared on YouTube. Never intended for the public, the video was uploaded in order to share it with Cruz’s communications team. Naturally, the creepiest highlights were soon cut together and reuploaded.

The footage confirmed what everyone already knew, that the authentic, wholesome image politicians are so keen to project is the result of canny management and media training. But the original video is also fascinating in its unscripted awkwardness – all the times Cruz’s family members trail off or go blank in the middle of an anecdote, all the miscommunications and uncomfortable pauses. Cruz looks so vulnerably and almost touchingly real. It’s like accidental mumblecore.

It can be kind of facile to point to the messy reality of politician’s press persona and decry it as an example of media manipulation. Two documentaries following the 1992 US elections explored the world behind the images, but instead of delivering scathing exposés they found the same unscripted realism of the Cruz footage. Feed, which came out in 1992, was assembled from the raw satellite streams of the network television crews that covered the New Hampshire primaries, most of which was never meant for public consumption. Released a year later, The War Room followed Bill Clinton’s campaign staff and their crafting of every aspect of his media presence. They both take you, in the words of David Foster Wallace on the McCain 2000 campaign trail, “substantially farther behind the scenes than you’re apt to want to be.”

In The War Room, true to the cinéma vérité roots of filmmakers filmmakers DA Pennebaker and Chris Hegedus, this means embedding themselves deep in the environment of the campaign headquarters: the polystyrene coffee cups, the rolled-up sleeves, the papers covering every surface in the fluorescently-lit rooms. It’s so effective because these are the crummy accoutrements of authenticity, the debris left in the wake of some seriously frazzled campaign aides like a testament to the fleshy reality of the whole process.

The centre of the storm is campaign manager James Carville, who coordinates the swirling chaos of news that’s just broken or threatening to break, spinning it all into a catchy pro-Clinton message to be beamed laser-like into the minds of the voters. When it’s revealed the Bush campaign’s outsourcing its sign printing to Brazil, one of the first things Carville asks the strategy team is “what rhymes with Rio?” The machinery of an election campaign relies on the relentless momentum of people like Carville.

Feed focuses on exactly the points where the energy fails, on the people exhausted from generating quip after quip for the camera crews constantly trailing them. Instead of moments of oratorial intensity, director Kevin Rafferty assembled all the painful clips of dead air, of the silence following a joke that didn’t quite land or the mutely grinning face of a politician who can’t hear the interview on the other end of the satellite link. This is where documentary and 24/7 news overlap. It often feels like the famous closing shot of The Graduate, as if the camera has rolled on slightly too long and caught something it shouldn’t.

Director Andrew Bujalski, speaking about what influenced his 2013 mockumentary Computer Chess, describes a baseball game he saw broadcast on public access television. The coherent narrative of professional sports coverage was replaced by disorienting framing and arbitrary edits, and the result was, “thrilling because at every moment I was being forced to reconsider what this baseball game was.”

There’s nothing arbitrary about the decisions that the filmmakers make here. But by going out of sync with the conventional narrative of political drama, by focusing on the minutiae of what is normally presented as big screen cinematic stuff, the films make you reconsider exactly what an election campaign is. Feed and The War Room trade the image of the stage and podium for the idea that sweeping nationwide change, the serious life and death stuff of government and leadership, is just as much the work of a bunch sleep-deprived staffers packed into small rooms, brainstorming bad puns on whiteboards.