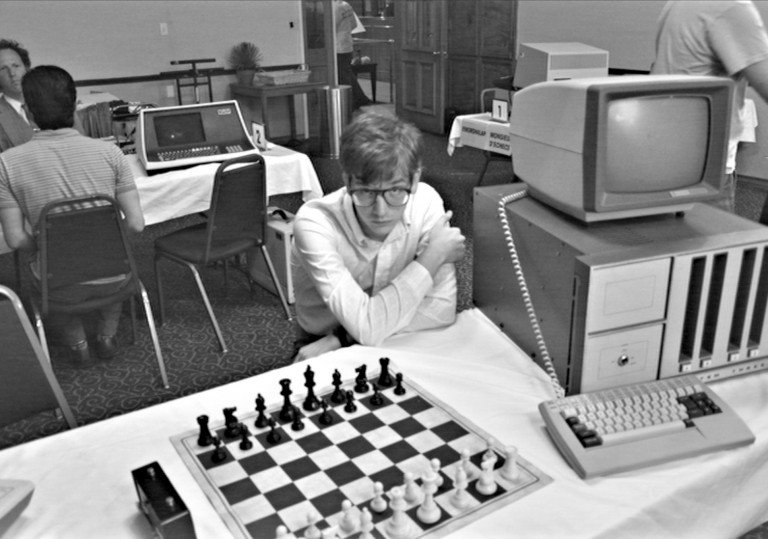 Director Andrew Bujalski is one of the most interesting working today.

This isn’t at all what we’d expect from Bujalski. Which is really, really exciting.

The spirit of Altman returns! A film to study, pick apart, discuss and debate.

The Terminator films famously prophesied a moment — some time during 2029, to be more exact — where the intellectual capacity of computers would transcend and subsequently dominate (violently) their feeble-minded human operators. Director James Cameron saw the upshot of this critical juncture as an apocalyptic bout of man-versus-robot combat which took (takes?) place within a hailstorm of bullets.

Director Andrew Bujalski (effortlessly channelling the arch spirit of Nashville-era Altman) has taken a more sedate approach to this portentous hypothetical, framing the self-imposed destruction of mankind as an eccentric weekend chess tournament that takes place during the 1980s and in the ample conference facilities offered at a cut-price rate by a rinky-dink Austin chain motel.

Chronicling an awkward assemblage of the computer programming powerhouses of the western world (this is all taking place during the latter days of the cold war, remember), the film appears to set out its stall as a must-win sports movie. It presents its key protagonists and then simply explains the rules of the game with the help of cruddy analogue subtitles. Each computer chess programme enters into a round-robin tournament, with the overall winner then getting to test its mettle against a flesh-and-blood grandmaster who — up to this point — has never been beaten.

Yet, it soon becomes apparent that Bujalski has little interest in the facile, artificial drama of a genre film, and instead mounts a comic investigation into the programmers’ lives and relationships while exploring the intricacies, both moral and technical, that come with creating strategy-based computer programmes. For some, the creative application of these “games”, it appears, is less than benign.

Many have seen this film as a brave new direction for Bujalski, a writer/director who honed his considerable skills by making emotionally intricate, Rohmer-esque studies of inadequacy and romantic disappointment such as Mutual Appreciation and Funny Ha Ha. They were movies in which, ostensibly, nothing happened, but were about the textures of dialogue, the mechanics of human interaction and the time people spend thinking about what they’re going to say. A film like Beeswax, about a young woman dealing with the precarious future of her vintage clothing store which she co-runs with an old friend-turned-enemy, supplants the gamesmanship and tactical prowess of chess into a real (and mundane) social situation.

In fact, Computer Chess has less in common with the actual game of chess than Beeswax does. Here, the “mundane” situations which have been the subjects of Bujalski’s previous films are framed within a broader context, and the events it portrays are seen as having roots which stretch out into the realms of the unknown. Though the people involved only have a mild inkling that their work has any relevance beyond a quaint pastime, Bujalski cultivates an insidious sense of dread, a feeling that this jocular intellectual contest is being covertly infiltrated, monitored and documented.

The decision to photograph the film on fuzzy, unstable black-and-white video bolsters the sense that what we’re watching is a piece of found footage or an official secret document that was belatedly unearthed from the basement a condemned government building. The way in which it is edited, the timing of the shots and the movement of the camera suggest an observer, someone who maybe knows more about the future significance of the weekend that those involved in it.

There are longeurs and digressions which occasionally take you out of the drama, such as an inexplicably cheap and protracted scene in which one of the google-eyed nerds is being unknowingly drawn into a three-way. It’s a funny scene in its own right, and would’ve have made for A-material in just about any conventional comedy you care to mention. But it arrives at a point when Bujalski’s formal attack formation appears far more complex and well defined, and the scene translates as a misfired bluff.

Half way through the film, the outcome of the tournament becomes immaterial. And just as the sport element of the film is gradually drained away from the drama, so is any sense that it’s an outright comedy. Amusing touches, such as the introduction of the first female contestant into the tournament and that American staple, the inveterate rivalry between Ivy league institutions, make it easier to slink into the material, but Bujalski has ideas that are bigger, more sophisticated and have more in common with the films of Davids Cronenberg and Lynch than they do the time-honoured, Sundance-approved, droll American indie.

If this isn’t quite 2013’s best movie, it’s certainly its most pleasurably cryptic and idiosyncratic, a work to sit down and spend time with in order to examine from all potential angles. The extraordinary final shot — and it’s one in which alters the entire meaning of the film if you decide watch it again — marks a perfect dovetail of form and content. Just as questions about an uncertain future of full-scale mechanical automation take over from the jollity of competition, the film offers the chilling suggestion that maybe that future is right now.

Director Andrew Bujalski is one of the most interesting working today.

This isn’t at all what we’d expect from Bujalski. Which is really, really exciting.

The spirit of Altman returns! A film to study, pick apart, discuss and debate. 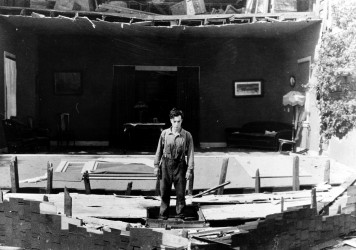 Don’t miss this chance to witness Buster Keaton work his extraordinary magic on the big screen.